Carlsson tuning house and its masterpieces

“Go your own way” – this motto, symbolizing absolute technical and creative freedom, was chosen by the creators of Carlsson Autotechnik, one of the famous “big four” tuning studios (together with Brabus, Lorinser, AMG). Only the fourth decade has begun since the company was founded, but there is no one among motorists who hasn’t heard of this tuning company. Let’s get acquainted with it.

The beginning of the German tuning industry

In the late 1970s, two of the four sons of a successful businessman, Hartge, were actively, and professionally, engaged in motor racing. Young and adventurous, Herbert and Rolf, with the help of their father, decided to establish a dealership that would sell BMW cars. The brothers did it, but they didn’t give up racing. A motorsport required constant search for ways to improve racing cars and such technical solutions that would allow cars to become more powerful and higher-speed, to pass steep turns faster than competitors and maintain confidence and reliability. It should be noted that Rolf and Herbert obtained remarkable improvements, which they generously shared with their friends, tuning the transmissions, suspensions and engines of their cars. Eventually, hobby and business merged to form a BMW car tuning company. The company was named Herbert Hartge GmbH, and today there is only one head – the eldest of the Hartge brothers, Herbert.

But their younger brother, Andreas, was growing up. Unlike his two older relatives, he decided to build his career at the Mercedes-Benz carmaker. Once, three brothers decided to visit a rally together, and saw there the Mercedes-Benz 190. Since this happened in the early 1980s, this model was then quite popular and had prospects in motorsport. It was decided to deal with this particular brand in order to improve the models of the Mercedes carmaker. The name of the older brother, Herbert, was taken, and the surname Hartge was generally associated with the BMW brand in Europe. A different marketing strategy was needed, and the company was born, which was run by two younger brothers, Andreas and Rolf. The idea of the new company’s name turned into an epic.

The new company needed a completely different name, which would reflect the sporting success and racing achievements of Mercedes-Benz. At first, the company wanted to choose the name of an Argentinean Juan Manuel Fangio, at that time a five-time world champion in car racing. The famous driver, a five-time Formula 1 champion, was a record holder who set a number of records on Mercedes-Benz cars. One of these records lasted for 43 years. But negotiations with the champion were not successful, he was in his eighth decade, and there was no desire to participate in the business, even nominally. Then the Hartge brothers remembered their friend – Swedish racing driver, rallier, Ingvar Carlsson. They often tuned sports cars together with Ingvar. He consented to the use of his name and agreed to work for the company, and soon its main office, located in the town of Merzig, was decorated with a sign that read Carlsson Autotechnik GmbH. Ingvar Carlsson was even the chief test driver of the tuning company until 2009. 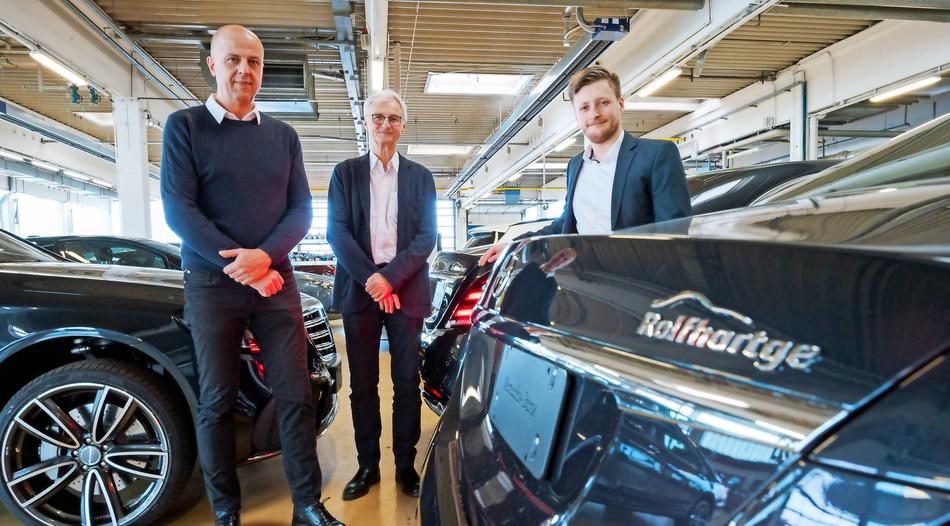 The firm, having bought the Gut Weisenhof estate, once owned by the German aristocrat Constantin von Briesen and abandoned almost since the beginning of the century, moved there in 1994. In the corridors of the lovingly restored administrative building, there are photos of the old farm as it was left to its current owners: collapsed roofs, trees sprouting right through the stairwells, everything is overgrown with weeds… And the area of the estate is 25 thousand square meters, which is quite a lot.

The picture that meets the eye at the entrance to the cast-iron gate with the inscription Carlsson is the least similar to the residence of a tuning company. You expect to see a factory area with neat production buildings, but instead you find yourself in a well maintained park: century-old trees, carefully trimmed lawns, and in the depths – several buildings that most of all resemble an old manor. These buildings used to be stables, and now the latter have turned into workshops “for shoeing iron horses.” It is no accident that the tuning studio chose a horse as its logo. After all, there was once a stud farm in the Gut Wiesenhof estate, where race horses were bred.

The owners have changed, the priorities have remained the same

Today, the Carlsson tuning studio is no longer owned by the Hartge brothers – they sold their creation. However, they perform the representative functions of caps of distinction at particularly solemn moments. In turn, the principles used by modern Carlsson are the same today as they were twenty years ago.

People who are in love with racing are still working on improving road cars. However, they focus not on increasing the power of the car’s power units, but on the results of the designers’ work. The latter are an example of a close-knit team of top-class professionals. 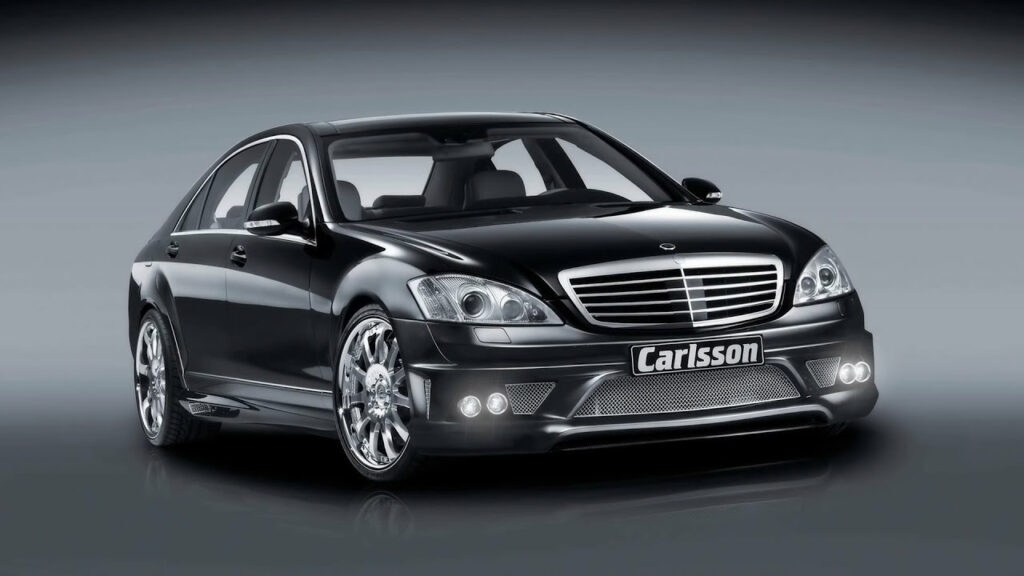 And the place of the main test driver is also occupied by a former racing driver, or rather a female racing driver who came after Carlsson. This is Ellen Lohr, who, along with the entire Carlsson racing team, takes part in a series of long races on the Nurburgring season after season.

The most famous result of the cohesive work of designers is not a super-sophisticated engine. Today, not all racing cars have high-speed engines and sequential gearboxes, and other contract auto parts. Racing experience is important. But other technical solutions also bring considerable success. So, in 2002, the famous 1/16 BE wheel disk appeared. Today it is a kind of calling card of the Carlsson tuning studio. Sixteen wide spokes actively promoted the classic 1/5 Revo model. But this concept is now a thing of the past. This disk is no longer installed on demo cars, which are cars that are built for exhibitions and press shows, and therefore attract increased public attention.

But even before the 1/16 BE, there was an increase from 2 to 2.4 liters of working volume of the Mercedes 190 model’s high-power engine. Then, a five-liter V8 engine was implanted in the small sedan. Excellent design solutions were applied to the W124 body, and then work followed with the new C-class at that time. Today, Carlsson offers an individual tuning program for each Mercedes model, excluding only one – the G-class SUV.

Using the latest technologies, the company now creates mainly sports cars that provide passengers with the maximum level of comfort. But orders are different, and the studio tries not just to satisfy every whim of customers, but to do it with the maximum result. For example, it was necessary to install a manual transmission on the Mercedes SL model with a 600-horsepower 7.4-liter engine. Accordingly, a suitable transmission was selected, and that was not easy.

By the way, each engine assembled in the former stables passes a mandatory 1000-kilometer run-in cycle before getting to the client.

At the same time, there is literally no car production in the studio, there are no machines and other similar equipment anywhere. After all, Carlsson is exclusively engaged in tuning, and only forty people work at it. But these are top-class professionals. All the necessary parts and components are made by third-party companies that work according to the drawings of the company’s designers. All suppliers are carefully selected beforehand.

The tuning studio has a standard improvement program for each car model. Moreover, all operations are strictly divided into several levels of difficulty. The first and simplest is an installation of wheels and silencers, which can be performed by each of the more than 70 dealers of the German company around the world. The next level is chip tuning, installation of camshafts, suspension and brake system parts, as well as aerodynamic kits that require body color, and optimization of the exhaust system. These operations are assigned only to the most qualified partners. And, finally, the highest level of difficulty – tuning of engines with changes in the working volume and in general everything that is associated with the completion of the engine, suspension settings or complex tuning, affecting all components and assemblies of a car. Thus, in all representative offices in different countries, the policy of Carlsson Autotechnik GmbH is based on the division of work according to the degree of difficulty. The main advantage of the company is its small size and high mobility.

Now, the Carlsson tuning studio produces about 120 cars a year, which are a real work of art, representing tuning masterpieces. Each Carlsson car is tuned individually, in accordance with the wishes of a particular customer. A customer who has received a Mercedes car from Carlsson Autotechnik GmbH can be absolutely sure that there is no second such car in nature. The tuning studio doesn’t work only for “beauty”. Safety and interior are also a priority along with aerodynamics. Internal tuning of Mercedes-Benz by Carlsson includes finishing with various types of fabrics, expensive wood, carbon or aluminum. 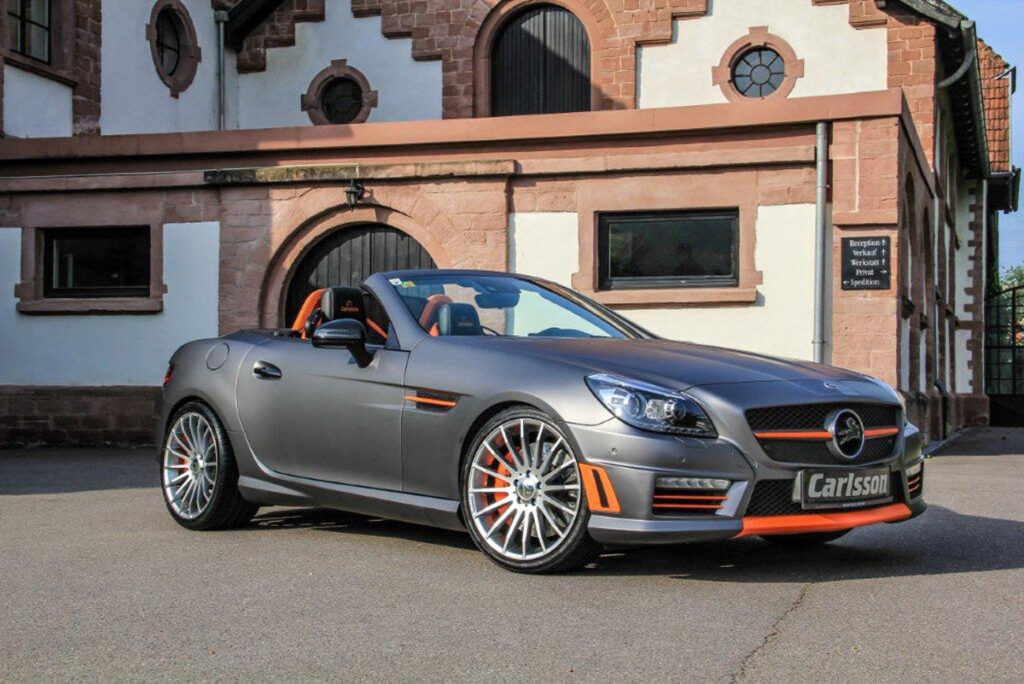 If you haven’t yet used the capabilities of Carlsson Autotechnik GmbH, don’t worry – you still have a lot ahead of you! Just don’t forget to get an international driver’s license. We invite you to quickly and easily process the IDL on our website. This won’t take you much time and effort, and will be useful when driving not only cars of the Mercedes-Benz model.

Please type your email in the field below and click "Subscribe"
September 02, 2021 Ampere electric engine - the latest British development