The history of turbocharging

There is no doubt that each of us has noticed the “turbo” nameplate on an ordinary-looking car at least once in his life. As if on purpose, manufacturers make these nameplates of small size and in inconspicuous places so that an uninitiated passerby won’t notice it and walk past. And an aware person will certainly stop and be interested in the car. The following is a story about the reasons for this behavior.

Automotive designers (from the moment when this profession appeared) are constantly concerned about the problem of the engine’s power increase. The laws of physics state that engine power directly depends on the amount of fuel burned in one working cycle. The more fuel we burn, the greater the power. And, say, we want to increase the “number of horses” under the hood – how to do that? That’s where we face the problems.

The fact is that oxygen is needed for fuel burning. So it’s not a fuel, but a fuel-air mixture that burns in cylinders. It’s necessary to mix fuel with air not by eye, but in a certain ratio. For example, a mixture for gasoline engines is composed of one part fuel and 14-15 parts air – depending on the operating mode, fuel composition and other factors.

As we can see, a lot of air is required. If we increase the fuel supply (this is not a problem), we will also have to significantly increase the air supply. Conventional engines draw it in themselves due to the pressure difference in the cylinder and in the atmosphere. The dependence turns out to be direct – the larger the volume of the cylinder, the more oxygen will get into it on each cycle. That’s what the Americans did, producing huge engines with mind-boggling fuel consumption. But is there a way to pump more air into the same volume?

There is, and it was invented by Mr. Gottlieb Wilhelm Daimler. Is this surname familiar to you? Of course, it is used in the name DaimlerChrysler. So, this German was very good at motors and, back in 1885, he invented the way to pump more air into them. He came up with the idea of pumping air into the cylinders using a supercharger, which was a fan (compressor) that received rotation directly from the engine shaft and pumped compressed air into the cylinders.

The Swiss engineer and inventor Alfred J. Büchi went even further. He was in charge of the development of diesel engines at the Sulzers Brothers company, and he absolutely disliked the fact that the engines were large and heavy, and developed little power. He also didn’t want to take away energy from the engine in order to rotate the drive compressor. Therefore, in 1905, Mr. Büchi patented the world’s first air charging device, which used exhaust gas energy as a power source. Simply put, he invented turbocharging.

The idea of the smart Swiss is as simple as everything ingenious. The exhaust gases rotate a bladed wheel as the winds move the sails of the mill round. The only difference is that the wheel is very small, and there are a lot of blades. A bladed wheel is called a turbine rotor and is mounted on the one shaft with the compressor wheel. So conventionally, the turbocharger can be divided into two parts – a rotor and a compressor. The rotor receives rotation from the exhaust gases, and the compressor connected to it pumps additional air into the cylinders, working as a “fan”. All this intricate construction is called a turbocharger (from the Latin words “turbo” – vortex and “compressio” – compression).

In a turbocharged engine, the air that enters the cylinders often has to be additionally cooled – then its pressure can be made higher by pumping more oxygen into the cylinder. After all, it is easier to compress cold air (already in the cylinder of the internal combustion engine) than hot.

The air passing through the turbine is heated by compression, as well as from the turbocharging parts heated by exhaust gases. The air supplied to the engine is cooled with the use of an intercooler. This is a radiator installed on the air path from the compressor to the engine cylinders. Passing through it, it gives its heat to the atmosphere. And cool air is denser, which means even more air can be pumped into the  cylinder. 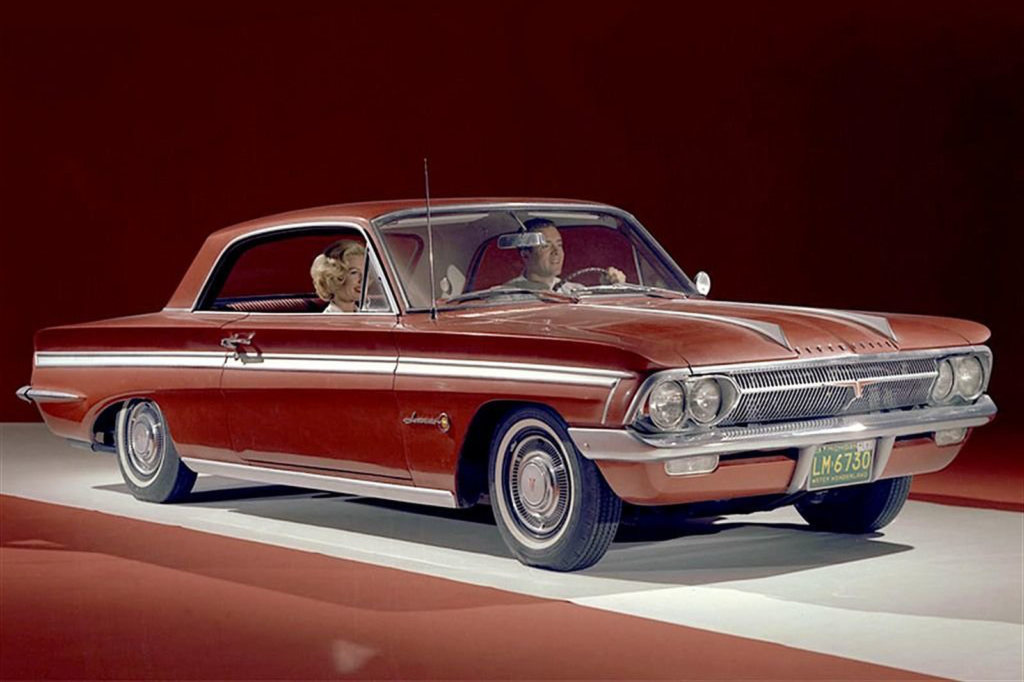 The more exhaust gases enter the turbine, the faster it rotates and the more additional air enters the cylinders, the higher the power. The efficiency of this solution compared, for example, with a drive supercharger is that very little engine energy, only 1.5%, is spent on “self-maintenance” of charging. The fact is that the turbine rotor receives energy from the exhaust gases not through their slowing, but through their cooling – after the turbine, the exhaust gases are still fast, but cooler. In addition, the free energy spent on air compression increases the efficiency of the engine. And the ability to get more power from a smaller working volume means less friction losses, less weight of the engine (and the car as a whole). All this makes turbocharged cars more fuel-efficient in comparison with their atmospheric counterparts of the same power. It would seem that this is happiness. But no, it’s not so simple. The problems have just begun.

Firstly, the turbine rotation speed can reach 200 thousand revolutions per minute, and secondly, the temperature of the incandescent reaches, just try to imagine, 1000°C! What does it all mean? It is very expensive and difficult to make a turbocharger that can withstand such heavy loads for a long time.

For these reasons, turbocharging became widespread only during the Second World War, and only in aviation. In the 50s, the American company Caterpillar managed to adapt it to its tractors, and masters from Cummins designed the first turbodiesels for their trucks. Turbo engines appeared on serial passenger cars even later. It happened in 1962, when the Oldsmobile Jetfire and Chevrolet Corvair Monza were released almost simultaneously.

But the complexity and high cost of the design are not the only drawbacks. The fact is that the efficiency of the turbine strongly depends on the engine speed. At low speeds, the volume of exhaust gases is not much, the rotor rotates poorly, and the compressor almost doesn’t blow additional air into the cylinders. Therefore, it happens that the motor doesn’t go at all at less than three thousand rpm, and only then, after four or five thousand, it “shoots”. This fly in the ointment is called a turbocharger lag. Moreover, the larger the turbine, the longer it will gather speed. Therefore, motors with very high power-to-weight ratio and high-pressure turbines, as a rule, particularly suffer from the turbocharger lag. But the turbines that create low pressure have almost no turbo-lags, but they don’t increase the power too much.

A sequential turbocharging scheme helps to almost get rid of the turbo-lag. At low engine speeds, a small low-inertia turbocharger works, increasing thrust at the “bottoms”, and the second, larger, turns on at high speeds with an increase in exhaust pressure. In the last century, a sequential turbocharging was used on the Porsche 959, and today, for example, BMW and Land Rover turbodiesels are arranged according to this scheme. In Volkswagen gasoline engines, the role of a small “powerhouse” is played by a drive supercharger.

In straight engines, a single twin-scroll turbocharger (a pair of volutes) with a double working apparatus is often used. Each of the volutes is filled with exhaust gases from different groups of cylinders. But at the same time, both supply gases to one turbine, effectively rotating it at both low and high speeds.

But it is still more common to find a pair of identical turbocharges serving separate groups of cylinders in parallel. A typical scheme for V-shaped turbo engines, where each unit has its own supercharger. Although the V8 engine from M GmbH, which debuted on the BMW X5 M and X6 M, is equipped with a cross-bank exhaust manifold, which allows the twin-scroll compressor to receive exhaust gases from the cylinders of different blocks operating in the opposite phase.

It is also possible to make the turbocharger work more efficiently in the entire speed range by changing the geometry of the working part. Depending on the rpm inside the volute, special blades rotate and the shape of the nozzle varies. The result is a “super turbine” that works well over the entire speed range. These ideas were in the air for decades, but they were implemented relatively recently. Moreover, at first turbines with variable geometry appeared on diesel engines, fortunately, the temperature of gases there is much lower. And the Porsche 911 Turbo was the first gasoline car to try such a turbine. 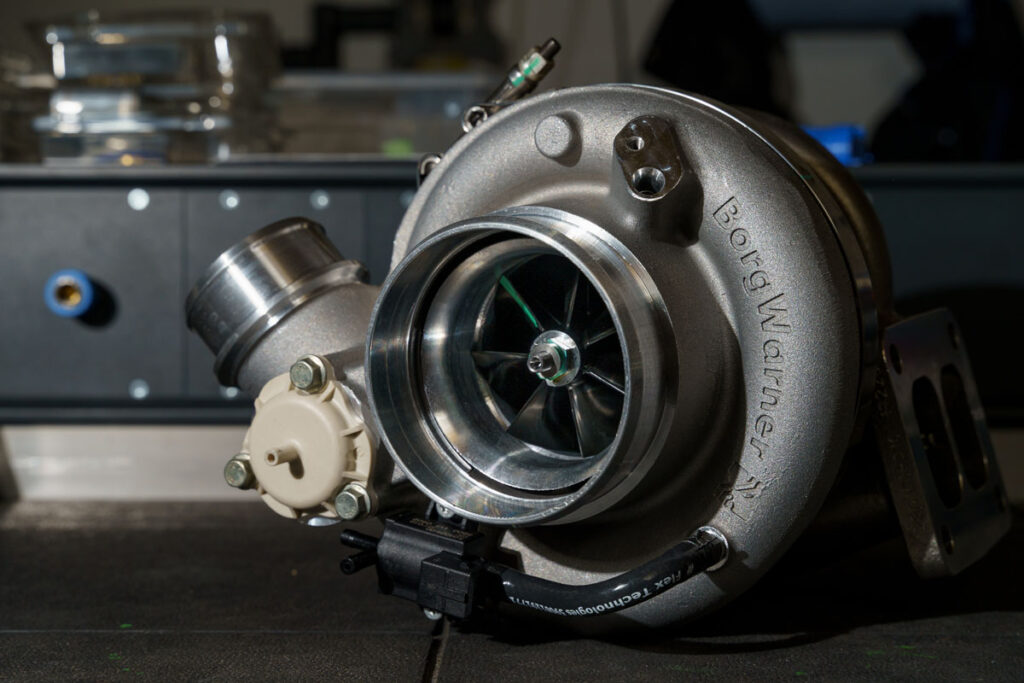 The design of turbo engines got into shape a long time ago, and recently their popularity has increased dramatically. Moreover, turbochargers turned out to be promising not only in terms of engine forcing, but also in terms of increasing efficiency and purity of the exhaust. This is especially the case for diesel motors. Almost every diesel has the prefix turbo today. At the same time, an installation of a turbine on gasoline engines allows you to turn an ordinary-looking car into a real “lighter”. The one with a small, barely noticeable “turbo” plate.

January 13, 2022 What is the purpose of variable valve timing systems?