Citroen - "sent from above", and its founder

The French automobile brand was created in 1919 and thus has celebrated a centennial. Let’s try to go over the main points of development and prosperity of the car company, which the French literally idolize. The founder of the automotive concern Andre Citroen once said, “If the idea is good, the price doesn’t matter”, and today this applies not only to automotive production. But how did it happen that a triumphant beginning turned into a bankruptcy? Take your time, now you will know everything…

How the “diamond” legacy led to the auto industry

Levie Citroen’s family lived in Paris and was not in need – the head of the family was engaged in processing and selling of jewelry, mainly stones. Andre, born in 1878, was only six years old when his father passed away. Levie Bernard Citroen committed suicide. However, the suicide had taken care of the family, leaving a good inheritance even by today’s standards. In addition, Levie’s great connections among Parisian industrialists and financiers also remained. Thanks to the latter, at the age of 20, Andre entered the Polytechnic School, and after graduating in 1901, he decided to work in the workshops of his friends. It was a small factory producing parts for locomotives. Four years later, Andre became a partner of the owners of that enterprise, investing all his inheritance in the business. The plant began to produce gears with teeth in the form of V-shaped chevrons (helical gears). Andre bought a patent for the production of such parts in Poland, which he visited in 1900. Citroen not only made a decent profit in the production of helical gears, but also became known far beyond France. His name became almost a legend, and the young entrepreneur was invited to work at the car factory Mors. Thus began the acquaintance of Citroen with the automotive industry. 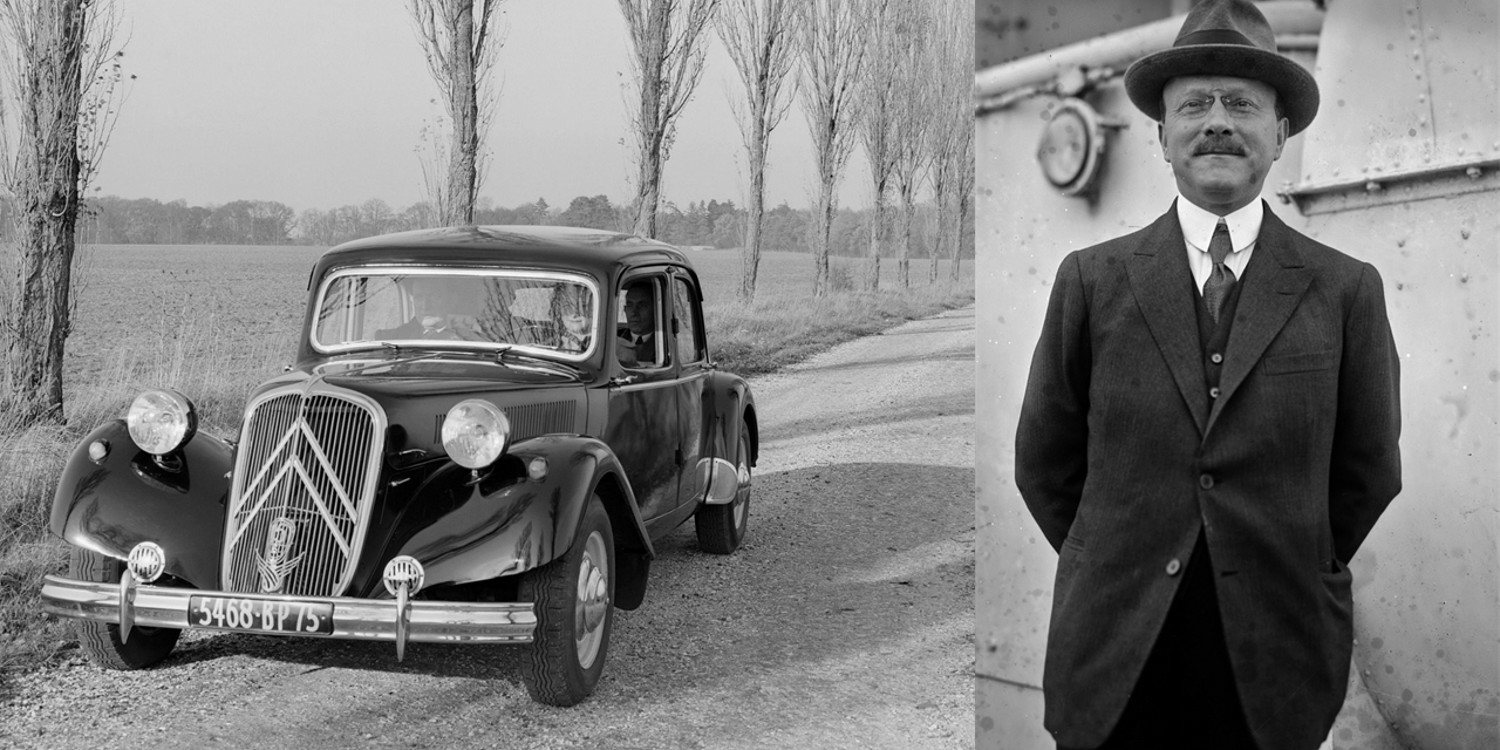 In 1908, Mors was going through difficult times: cars didn’t want to be sold. The new anti-crisis director (with the functions of commercial and technical management) put the case so that things immediately went very well. Prices for cars were reduced, sales began to grow, the design of the car was modernized, there was a fresh stuff with a creative mind – all this was the merit of the new leadership. In 1912, Citroen first visited the United States at the Ford factories and saw what an automobile conveyor was with his own eyes. However, he didn’t manage to work long in the automotive industry: the First World War began, and Andre was called to the front. Two months before the draft, Citroen married Georgina Bingen.

The young lieutenant saw the unenviable position of the French army on the battlefield and the failures caused by the lack of shells. They sorely lacked an ammunition, attacks were smothered, and already artillery captain Andre Citroen, in early 1915, sent a desperate letter to General Baquet demanding permission to build a factory for the production of shrapnel shells. The chief of the artillery service in the French Ministry of Defence had to agree, because there was no other way.

The government allocated only a fifth of the necessary financial amount, Andre borrowed the remaining funds on credit from friends – industrialists and financiers. Three months later, an ammunition factory appeared on the Seine. Parisian quai de Javel, that had been previously unoccupied, acquired huge production areas. The organization of production of shrapnel shells with the most demanded at the front 75-millimeter caliber was so excellent that the plant produced more ammunition than all other enterprises in France combined (50 thousand a day).

The war was not over yet, but Andre was already fascinated by the idea of creating his own car and even ordered the designers to make drawings of the car, which later received his name. But after the termination of military orders, Citroen had huge production capacity, qualified personnel, financial capital. Needless to say, he enthusiastically started producing cars. He was helped by a talented designer, Jules Salomon. Andre’s idea was extremely simple: to turn the car from an inaccessible technical curiosity into a mass one for the French and not only. Therefore, it was necessary to offer cars at an affordable price. The car’s cost of 7250 francs became a sensation – orders poured into the factory from all sides. It was January 1919. In the first two weeks after the announcement, more than 16 thousand French wanted to buy a Citroen car. But the plant could produce only a hundred cars per day. Four years passed before the volume of production tripled. And it was an unprecedented success at the time. The model A was equipped with a 1.3-liter engine, developing a capacity of 10 hp, and (for the first time among European cars) had an electric starter. The Citroen Type A could reach a maximum speed of 60 km/h and had a fairly spacious interior. Thus even the base model was equipped with headlights, a horn and a spare wheel. Yes, only one model was produced first, however, it wasn’t just produced, but also advertised. At that time, the advertising of Citroen cars was revolutionary, Andre spared no expense for it, which, on the one hand, sharply increased costs, but, on the other hand, turned the brand into popular and highly demanded one. 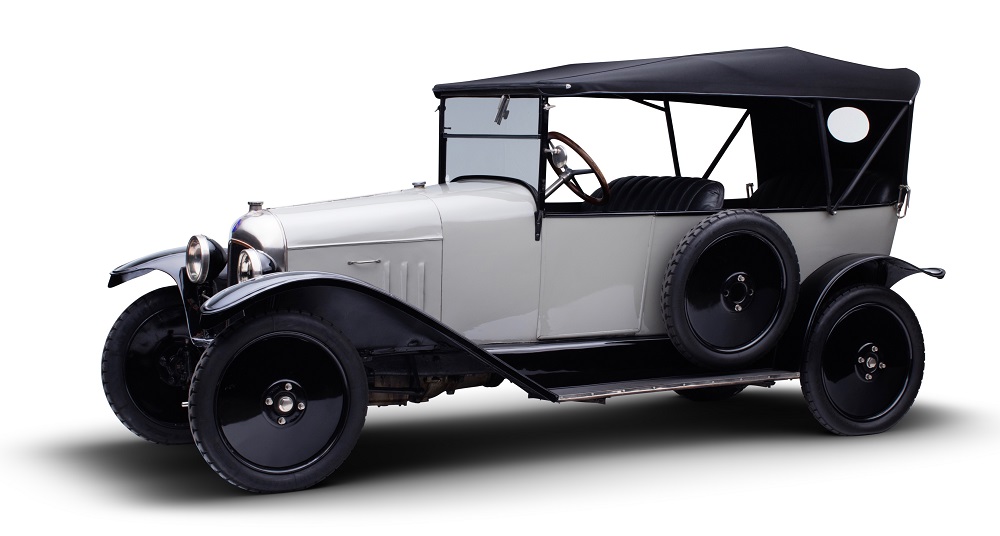 So, “little Citroens” were produced – toy copies of cars for children. Throughout France, road signs were installed with the “double chevron” – the logo of the brand and the trademark of Citroen factories. On the Eiffel Tower, thousands of lights illuminated the sign Citroen (July 1925), and once a plane flew in the air, leaving behind the surname of Andre on a five-kilometer stretch of sky. The sign lasted only five minutes, but produced in October 1922 the bombshell effect. In addition, there were advertising rallies around the country and mailing of promotional records (which today have become a rarity) to buyers, as well as exhibitions with contests and lotteries.

In October 1920, the production of the semi-tracked truck Citroen-Kegresse was started at the Citroen plant. 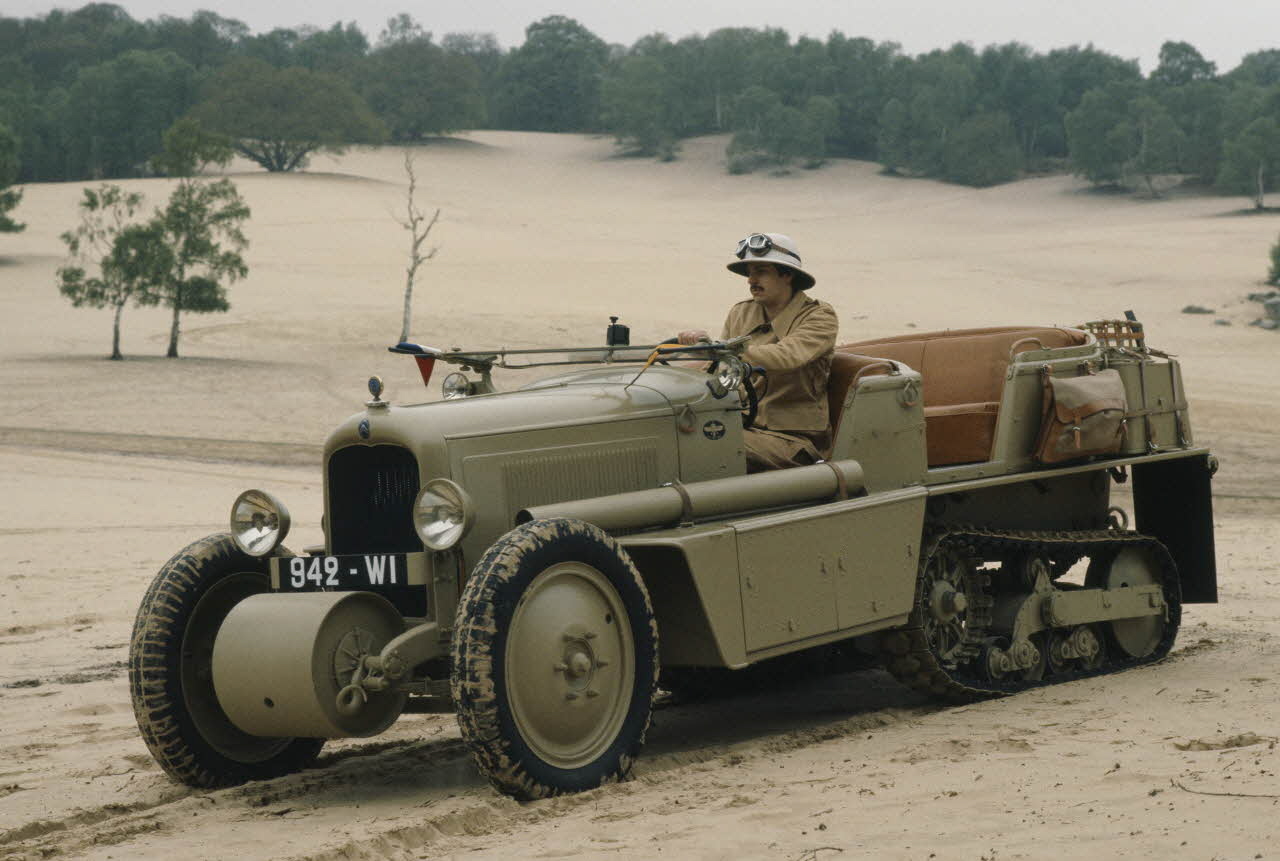 In 1923, the first foreign branch of the Citroen-Kegresse company was founded. In the same year, the automotive company Citroen presented to the public the fairly simple four-cylinder subcompact 5CV (“Trefle”). That reliable “people’s” car, adapted to rural roads, had no front brakes, but there were front and rear elliptic springs. A few years later, more advanced models, such as the B12 and the B14, appeared. 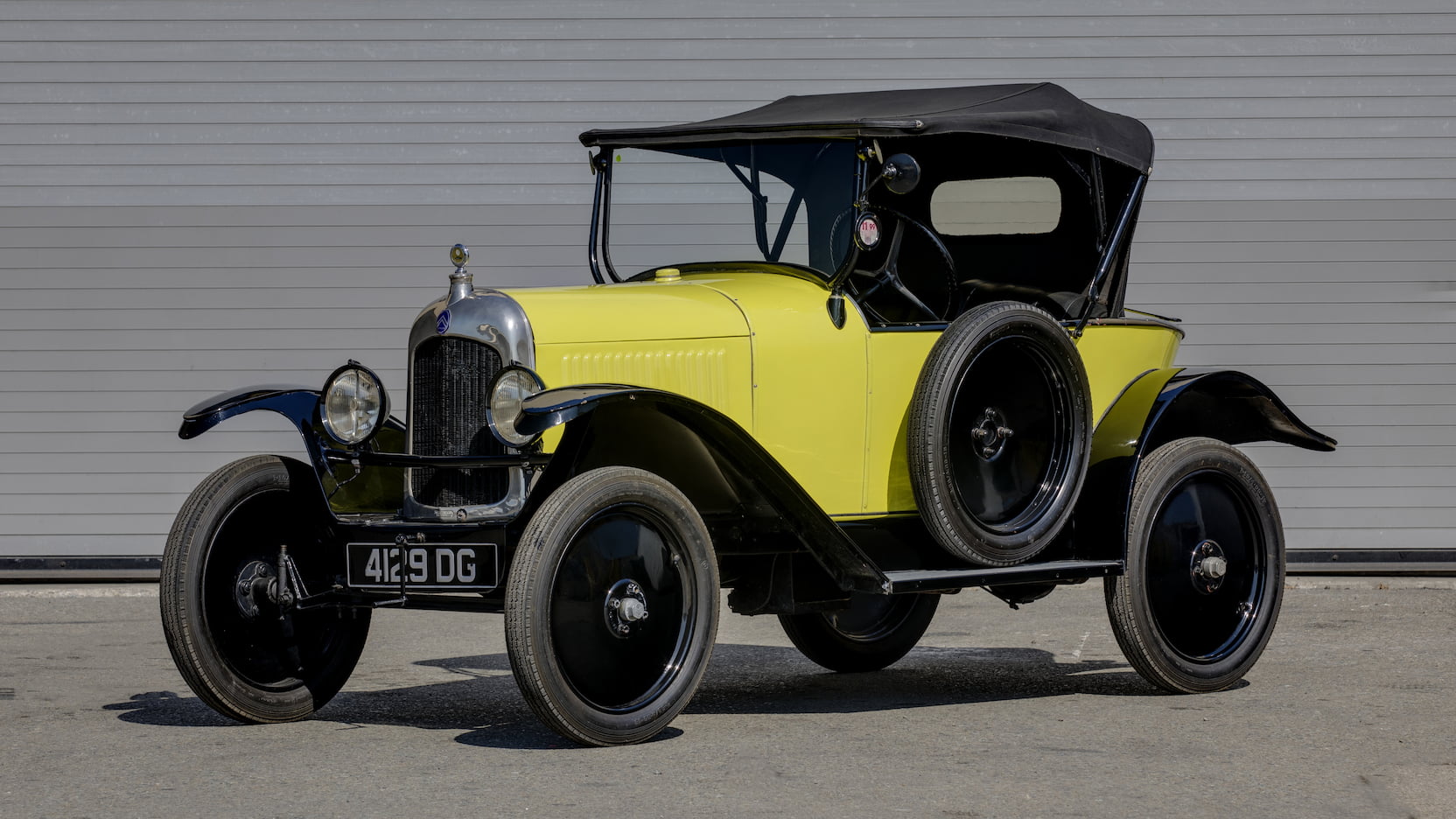 Lucky Citroen seemed unsinkable. In March 1924, he made his second visit to the United States. Huge, “splashing over the edge” energy, and the same efficiency, indestructible enthusiasm and crazy organizational skills – aren’t these the main conditions for success in life? But he had one weakness – the casino… For many years, the failure of Andre Citroen is considered to be the record loss in the Monte Carlo Casino. In 1926, he simultaneously spent 13 million francs there. The unprecedented, colossal amount, the equivalent of several tens of millions of dollars in the modern world. In the same year, in the UK, there was the opening of the first factory of the company outside France, and Andre Citroen was awarded the title of Officer of the Legion of Honor.

In 1929, Andre built a car shop with a solid 19-ton glass showcase on the facade. The size of the showcase was simply amazing – 21 meters by 10 meters. Through that window, everyone could see Citroen cars placed on six tiers directly from the street. In addition, Andre actively used the provision of loans, as well as various tours around the plant.

In the early 1930s, such well-known cars as the Citroën C4 and C6 were released. The C6 model was equipped with a 6-cylinder engine and could accelerate to almost 100 km/h.

In 1931, Citroen made his third visit to the United States – to attend the Eighth Congress of The American Union of Heavy Industry in New York.

In 1933, a car with a diesel engine, the Rosalie III (“Little Rosalie”), travelled 300,000 km in 133 days, breaking 106 world records. And Citroen decided to modernize the production. In six months, he completely rebuilt the factories and turned the production area into an auto giant – 55 thousand square meters completely covered the needs of France in cars. In order to celebrate the successful reconstruction, Citroen gave a banquet for 6 thousand people.

Just a year later, the modernization of the plants allowed Citroen to reach the second place in the world and the first in Europe in terms of output. The auto giant produced a thousand cars of the Citroen brand per day. This was an unbelievable success. However, Andre Citroen’s financial opportunities weren’t as endless as his organizational abilities. Lenders denied Citroen new loans, and the fall in demand for cars deprived him of the opportunity to get out at his own expense. Finances ran out with the disappearance of investors, and, with it, the time to repay loans and pay off debts came. Alas, the mid 1930s became a sunset for Andre. He had to declare the company bankrupt (at the same time, he avoided a personal bankruptcy). The owner of the company was the largest lender, the Michelin concern, which received 57% of the shares.

The company began to produce a truly revolutionary at the time car called the 7CV Traction Avant, which had an integral body, a front-wheel drive system and an independent torsion-bar suspension. Due to the absence of a driveshaft, the car turned out to be very spacious. The car couldn’t fail to be successful, it was a potential bestseller not only in France, but throughout Europe. 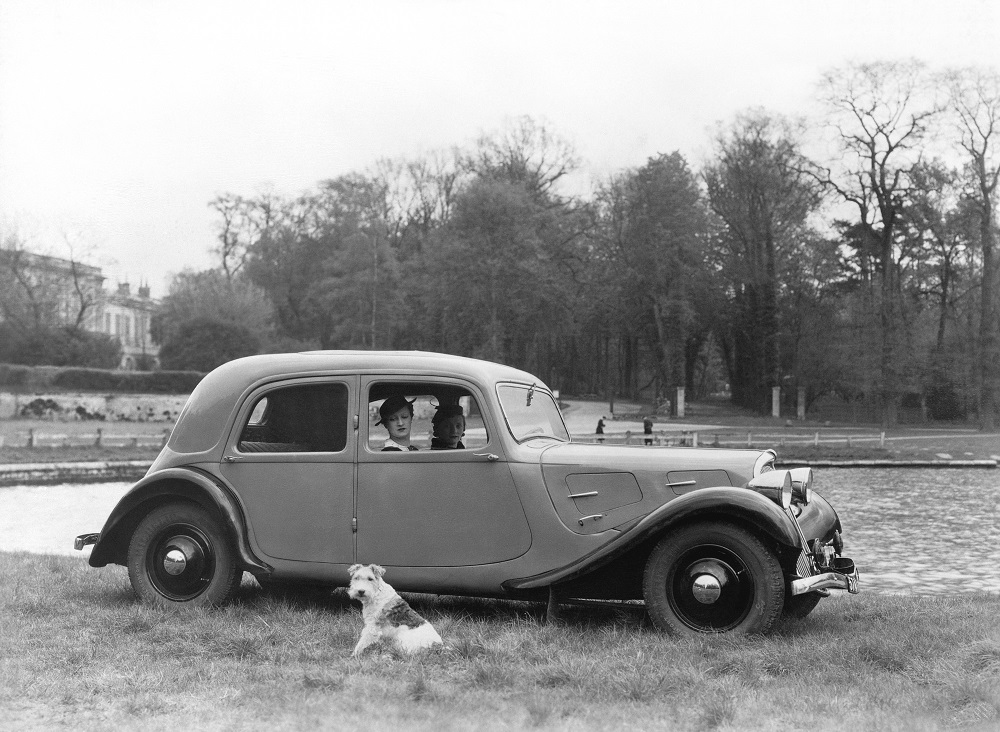 The designers worked ten hours a day, seven days a week. In May 1934, the first Traction Avant cars went on sale. They were unusually cheap for cars of this class, only 17,700 francs. The production of the 7CV Traction Avant promised undoubted success, but Andre hasn’t seen it. In early July 1935, Citroen was taken to the grave by stomach cancer. A modest funeral ceremony was held in a Paris synagogue. Andre’s widow Giorgina, daughter Jacqueline and sons Maxime and Bernard stood at the coffin. On July 5, A. Citroen, a knight of the Legion of Honor, was buried in Montparnasse Cemetery, next to the grave of his daughter Solange, who lived only a few months and died ten years before the death of her father. But the Traction Avant would be included in the list of the ten best cars in the world made in the 20th century. 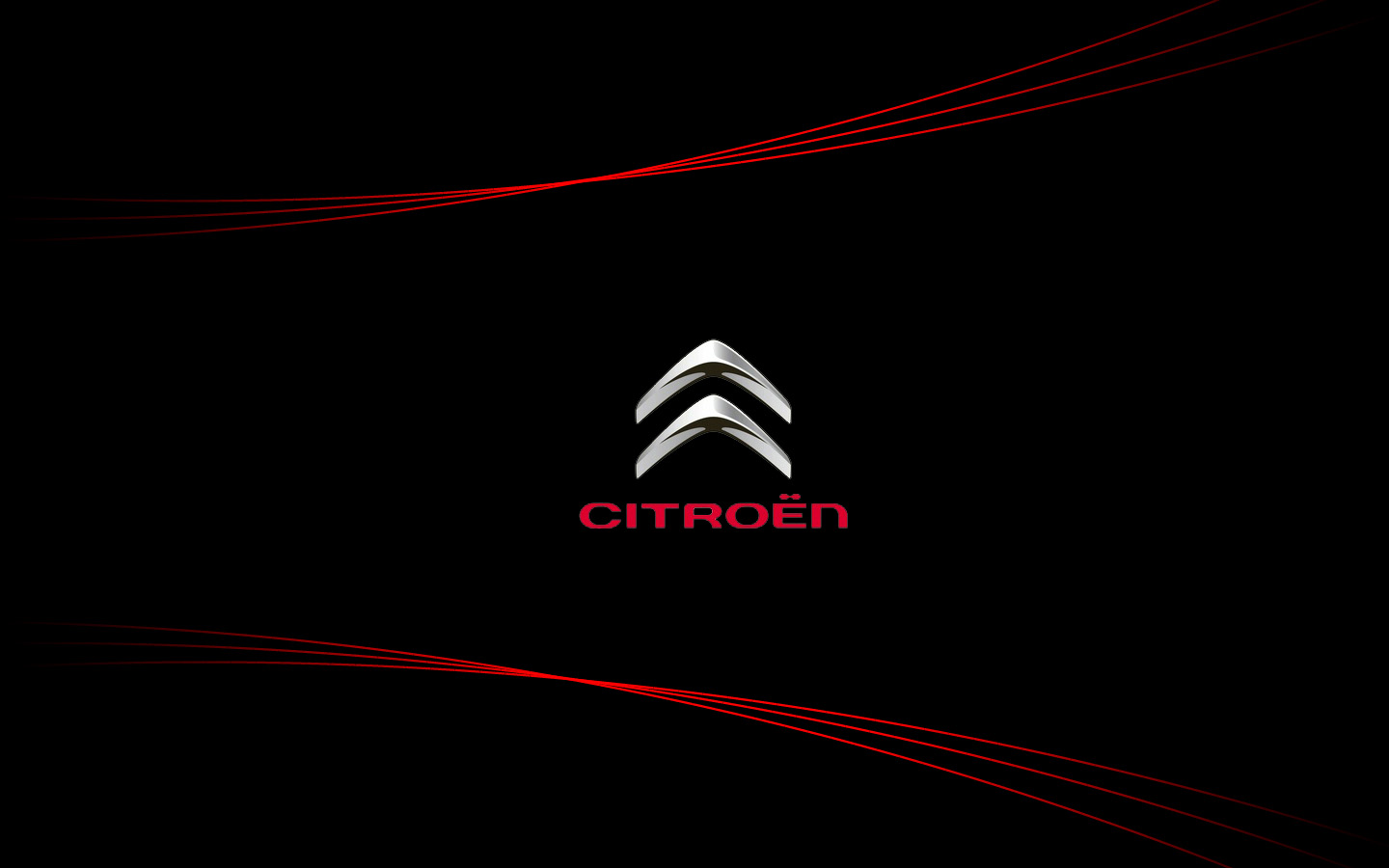 Citroen cars today require the driver not only to prefer these models, but also to have a driver’s license (better – an international one). Don’t you have it yet? We invite you to quickly and easily process an international driver’s license on our website. It will not take you much time and effort, especially since this document is useful while driving not only Citroen. 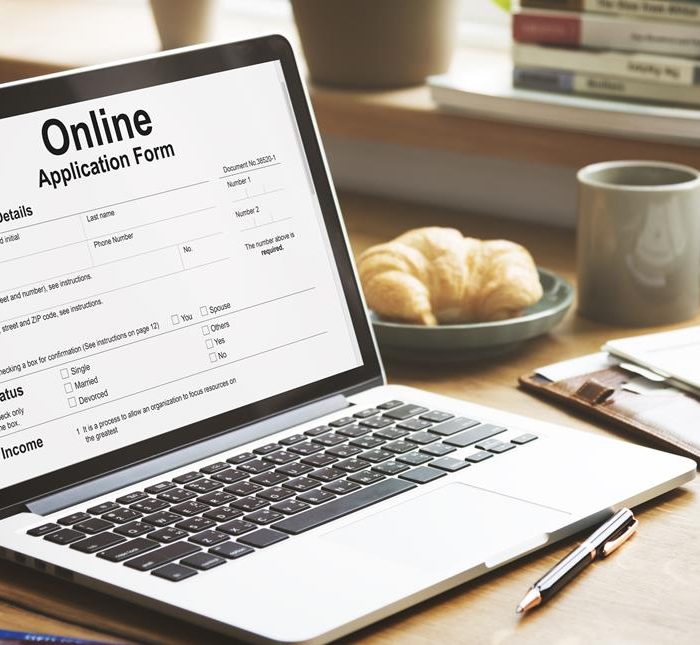