Cadillac - one of the world's oldest car brands

Almost fifty countries of the Earth can boast that luxury cars from General Motors automobile concern, called Cadillac, are sold on their territory. To own such a car a priori means to be successful, respectable and very wealthy person.

Let’s try to identify the main directions of formation of Cadillac and describe the factors that affect the popularity of the brand.

How did the brand name appear

The American colonies of France were not so numerous in comparison with others, and it was decided to expand them. At the beginning of the 18th century, nearly two hundred colonists and soldiers landed in a place called New France. They were led by the Marquis Antoine Laumet de la Mothe Cadillac. At that time, on July 24, 1701, he was 43 years old, and was a sea captain from an old Gascon family. At the landing site, the marquis decided to establish a fort, which was done. The settlement was named in honor of the Minister of the King, Comte de Pontchartrain – Fort Pontchartrain du Détroit (Fort Pontchartrain on the strait). In fact, the name of the city of Detroit, which later turned into a French fort, is translated as “strait”. The name of Cadillac himself was almost forgotten by as much as two hundred years, until at the celebrations held in honor of the bicentennial of the city’s founding, he was remembered as a man of great courage and enterprise, able to make ambition a reality.

In Detroit of that time, automakers weren’t yet dominated, but there was a firm that produced tools. Its co-founder and Vice-President was a talented unique Henry Leland. His engineering capabilities were truly outstanding and versatile. However, Leland’s main hobby was based on the interchangeability of parts and the accuracy of production processes. Henry developed a 10.25 HP engine – it was very progressive for 1901! The owners of the Detroit Automobile Company appreciated the achievement, and in August 1902 Henry Leland joined the board of directors of the company, renamed in honor of the marquis – Cadillac. “The sky is the limit” – a motto that became the main for Leland in life and work. He later founded Lincoln, but Ford became the owner and Leland was out of business. He, the founder of two luxury car brands, was forgotten in the automotive world.

The firstborn of Cadillac business

The very first Cadillac Model A appeared in public in 1903. It was seen by visitors of the New York Auto Show. The engine was single-cylinder. In the same year, almost 2.5 thousand similar cars were assembled. Until 1908, they adhered to the single-letter indices in the names of cars, but all cars of 1909-14 were already called the Model 30 – originally in honor of the engine with 30 HP. In 1912, Leland abolished a starting crank, and electric starters began to be installed in cars. 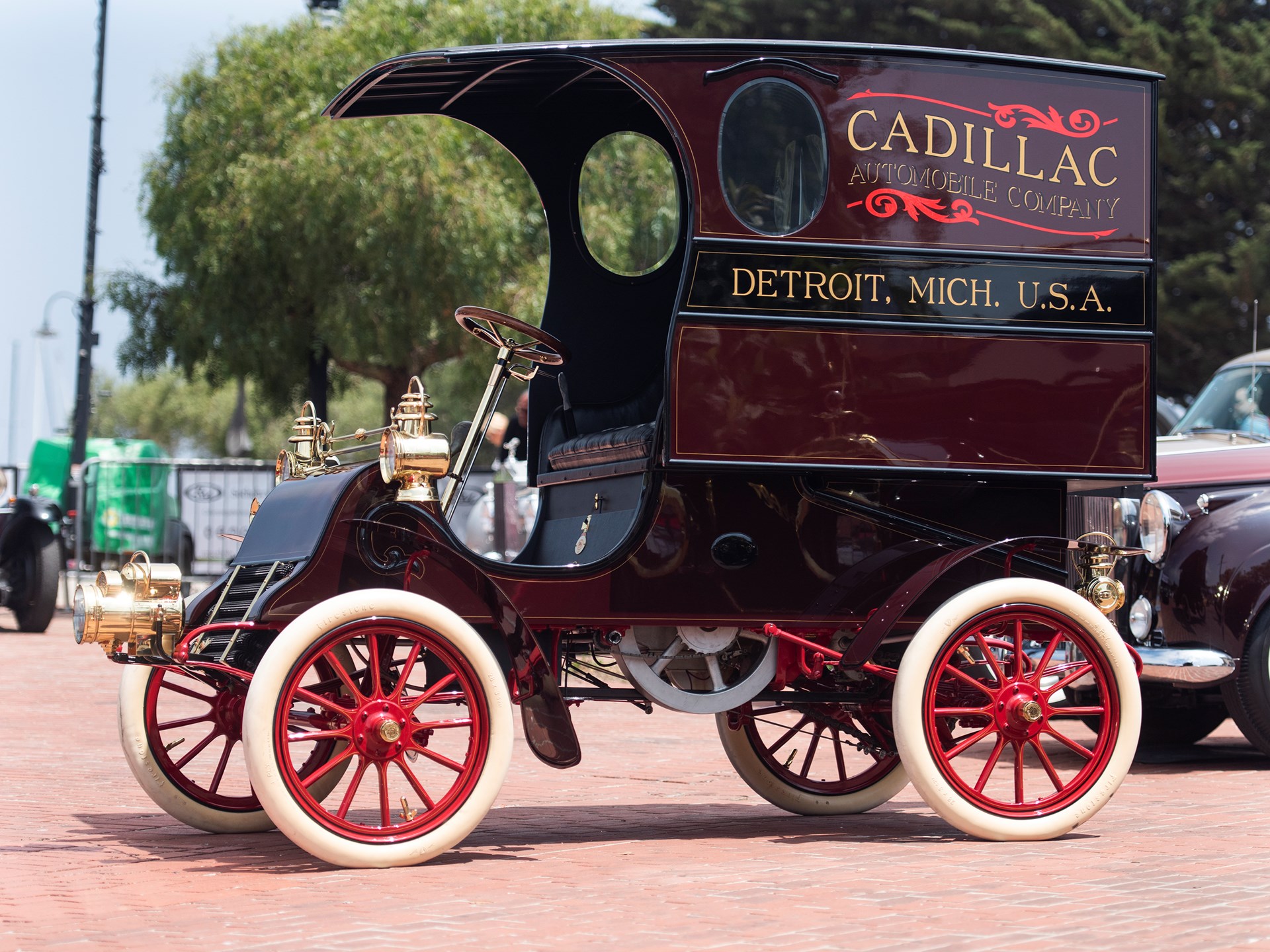 In 1915, bringing to market the first american V8, Cadillac called the new car the Type 51 and until 1925 used similar symbols, reaching the Type V-63. Then cars of 1926 model year received Series 314 index, and similar markings were carried by all Cadillac cars until 1934, and different models of the same year receive different three-digit indexes, depending on the engine and wheelbase. 1935 was a transitional year, with confused markings, but in the following year a scheme was born that logically remained until 1965: Series 50/60/70/75/80/85/90, where a higher index indicates a higher status of the modification in the nomenclature. Thus, the index Series 50 was owned by the subsidiary LaSalle brand, the Series 75 – by the flagship long-wheelbase cars with a V8 and the Series 90 meant a V-16 under the hood. The most popular series, perhaps, was the Series 62, which included most of the Cadillac cars produced from 1940 to 1962. However, not all of them could boast of some additional name like Coupe de Ville or Eldorado.

At the same time, each modification was assigned an internal four-digit index, for example, 6129 meant the 1929 4-door convertible Series 61. In contrast to the Soviet and Chinese cars, where such indices were the names of the models later, Cadillac didn’t use them outside the production process and internal dealer affairs, that is, the buyer didn’t need to understand these combinations.

In 1965, the series system was abolished. They left internal digital indices and made them five-digit (they lasted until the 1980s), but in that year, in all directories, cars were divided into three models: the base Calais, the medium and most popular De Ville and the flagship Fleetwood. Each of the models, of course, was produced with different bodies, while they all belonged at that time to the same platform. Perhaps, the brand finally moved to the modern and relatively clear range only in 1987: DeVille, Fleetwood, Brougham, Eldorado, Seville, Cimarron and Allante were distinct models with logical positioning in the brand range and without any difficulty in identification. Of course, since then, there are transformations every year, but the nomenclature of Cadillac has become easy to understand by Europeans.

What attracts people in the brand Cadillac

Modern cars of this brand still represent positioned many years ago reliability, practicality, luxury and power. These are definitely cars for wealthy people. And the automobile company Cadillac itself is one of the largest and most powerful automotive corporations in America. It is one that has the honor to produce exclusive cars for the powerful, in particular, for US presidents. So, Donald Trump, after the inauguration of 2017, got the Cadillac Presidential at his disposal. Donald appreciates and loves Cadillac since the days when the slogan “Standard of the World” really fit these cars. 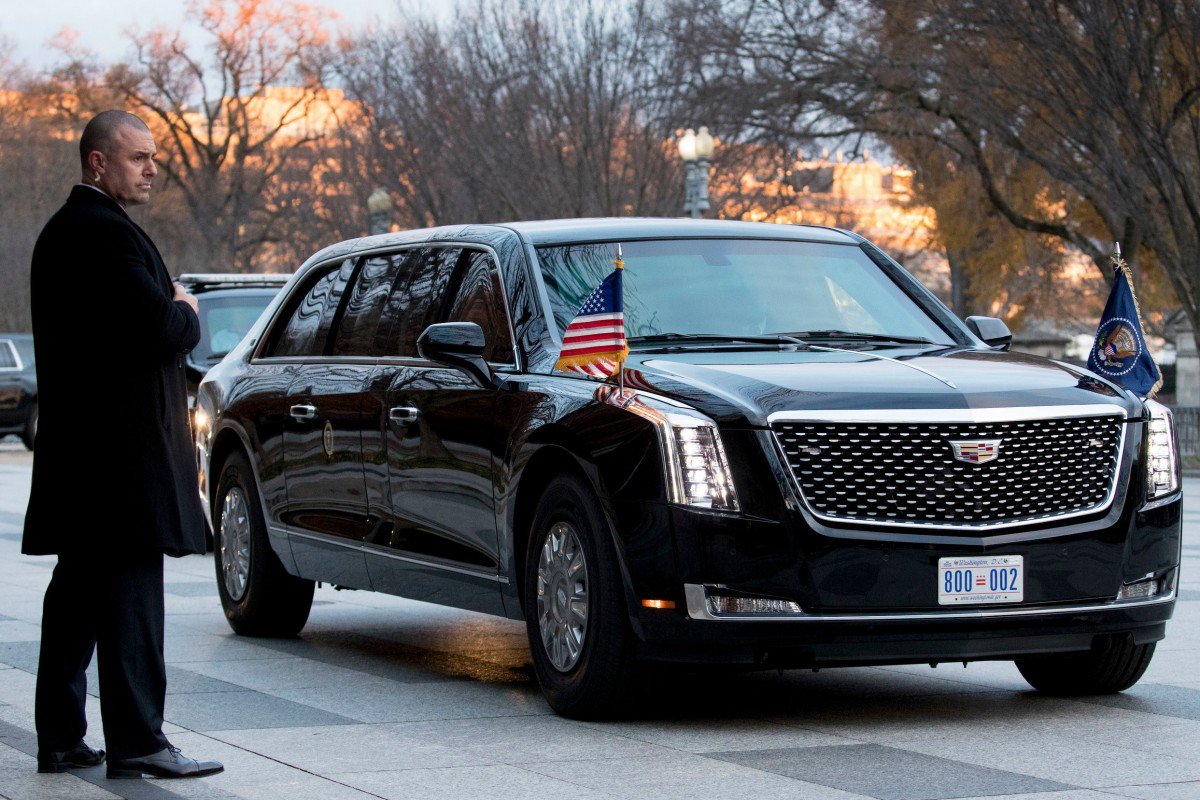 And Cadillac cars got this slogan in the early twentieth century, when three cars were disassembled into parts at once, then the last were mixed and new three cars were assembled from them – without manual adjustment. All parts were in place like a glove, which meant perfect accuracy of production and the standard in each line. It really was at that time an indicator (criterion) of the world standard and unsurpassed level. The margin of error during production at the Cadillac Motor Car Company was a fantastic tenth of a millimeter at the time.

But let’s go back to the current US president. His very first commercial product was the Cadillac Trump Series Golden Edition limousine! At first glance, it is an ordinary stretch-limousine built by a small New York firm, Dillinger Coach Works, based on the Cadillac Brougham 1988. Even the presence of the name of the billionaire with a potential of a showman is not too surprising. First, since then, Trump started to regularly license Trump trademark for businessmen interested in additional publicity of their goods, so not all things bearing trump’s name really belongs to him. Secondly, the history of the industry knows much more sophisticated marketing tricks, especially from tuning studios, which try to present their product under the guise of a special factory model. By the way, Trump and his wife attended the international presentation of the most fashionable Cadillac of 1987 – the Allante roadster. At the 2005 New York Auto Show, Trump showed up inside the Cadillac Escalade ESV, and in 2007, his wife Melania Trump represented the Cadillac Escalade at a fashion show. Today, it is the fleet of Cadillac that serves Trump’s hotels.

Modern Cadillacs are not manufactured in the factory, it is a piece product. These are luxury limousines that are very expensive. Not everyone can afford a car, where the interior of the limousine is made in the style expressed in Italian leather, mahogany and thick carpet made of natural sheep wool. In Golden Edition cars, everything that is possible is covered with 24-carat gold. In the interiors, there are a TV with a video recorder, a fax machine, two NEC cell phones, Blaupunkt audio system, Perm-a-Pub automatic minibar and even a built-in back shelf shredder for paper. On back doors’ coverings, the tables for laptops or writing are installed.

Cadillac is a cult car for Americans. This is not just a means of transportation, but a car for the powerful. 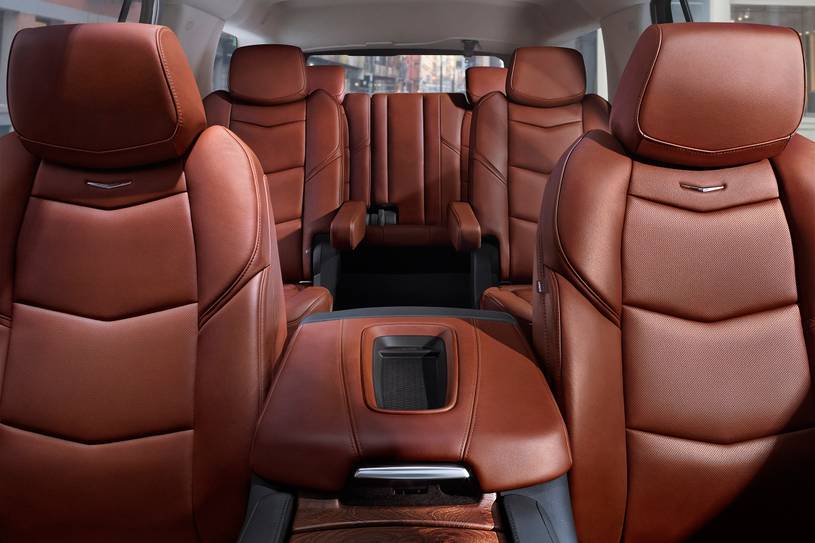 Today, Cadillac cars require the driver not only the preferences of these models, but also a driver’s license (better an international one). You still don’t have it? We invite you to quickly and easily process an international driving license on our website. It won’t take you a lot of time and effort, especially since this document is useful while driving not only cars of the characterized brand.