A major supplier of car components, ZF, has built the Vision Zero prototype in which it has implemented a set of technologies related to safety, comfort and ecology. These are various new assistants, emergency systems, a self-driving function, an electric drive, and several other developments. The Volkswagen Touran, redesigned from top to bottom, is ZF’s dream of a zero-exhaust, accident-free world of transport. Hence the name of the car, and the mottos Zero emissions and Zero accidents inscribed on the sides of the prototype.

A large lithium battery was placed in the front of the Touran instead of the internal combustion engine, the Germans also completely changed the suspension at the back. Instead of the standard filling, the compact van received the ZF mSTARS unit: modular Semi-Trailing Arm Rear Suspension with integrated electric drive and active rear-axle steering – AKC (Active Kinematics Control) which can be activated to improve both maneuverability and stability.

The range of chassis components has been expanded with the sMOTION damping system. It has a pump built into each suspension that can create additional force on the shock absorber rod in one direction or another. Thus, the shock absorber turns from a passive device that only dampens vibrations into an active one that can more accurately respond to humps and reduce the body swinging motion by signals from the control electronics.

According to the designers of ZF, these systems, from the electric drive to the active components of the chassis, are very useful in cars equipped with full or partial self-driving capabilities, various emergency control systems. Here, ZF works in cooperation with several partners who develop radars, lidars and stereo cameras, artificial intelligence blocks. And ZF has some interesting ideas of its own. 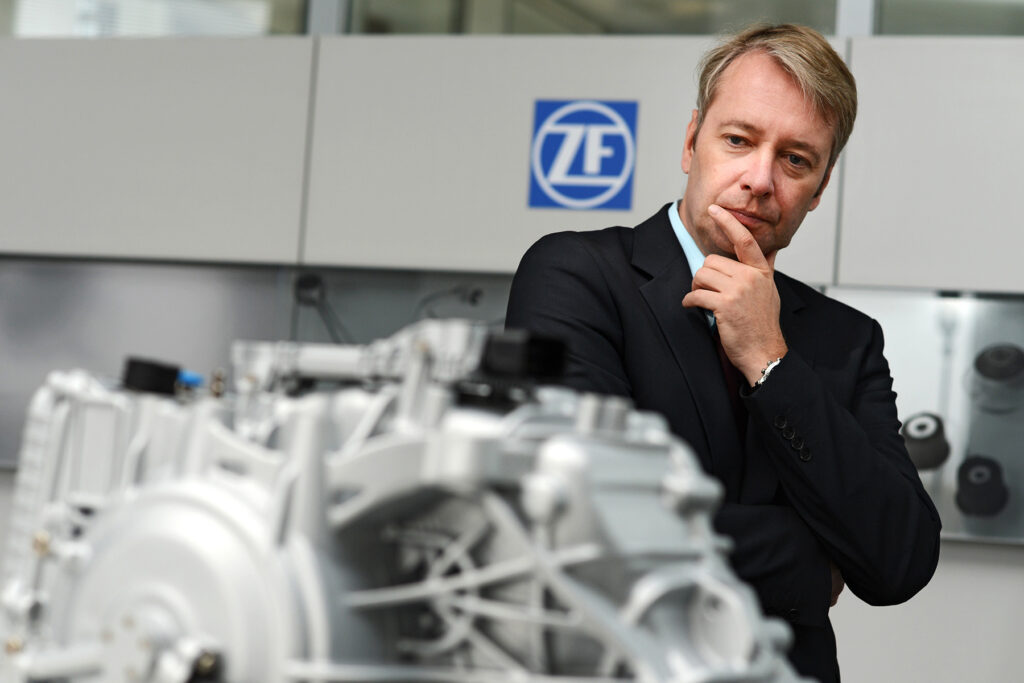 One of the interesting new systems is Driver Distraction Assist which controls the driver’s attention. This is a camera (in this case, with laser illumination) that works even in the dark and is focused on a person. It determines the position of not only the eyes, but the entire head. If the electronics see that the driver is not looking at the road, a beep sounds in the cabin, and a warning lights up on the dashboard. At the same time, the computer tightens the seat belt and turns on the automatic lane hold mode itself. If the driver doesn’t respond to the warning signals after that, the car gradually slows down and then, taking precautions, drives to the right and stops in a safe place as soon as possible.

The Wrong-way Inhibit system prevents driving on the oncoming lane, when the driver inadvertently makes a mistake at a traffic interchange, as well as driving on closed exits. It is guided by high-precision maps in combination with signs and markings and activated as soon as the driver begins to turn a steering wheel in the wrong direction due to disorientation or fatigue. In the first stage, the electronics turn on a light and sound warning, vibration of a seat belt, and increase the resistance on a steering wheel rim. If the driver does turn in the wrong direction, the electronics take control, move the car to the outer edge of the road, slow down and stop the car, while turning on hazards and low beam headlights. Then, you can leave the potentially dangerous stopping zone either in reverse or moving forward, if the electronics determine that it is safe there.

“We can achieve zero accidents and zero emissions only if all cars become electric, autonomous and integrated into one network. We are working hard to make this possible”, Dr. Stefan Sommer, CEO of ZF Friedrichshafen AG, said, commenting on the range of developments shown in Austria.

The company’s specialists explained that safety systems should ideally be comprehensive, working in full compliance with the situation, the movement of other cars, the work of road services, and so on. Similarly, inside the car, an integrated approach involves the interaction of all the individual active and passive safety devices that can reduce the risk of an accident or reduce the severity of its consequences. 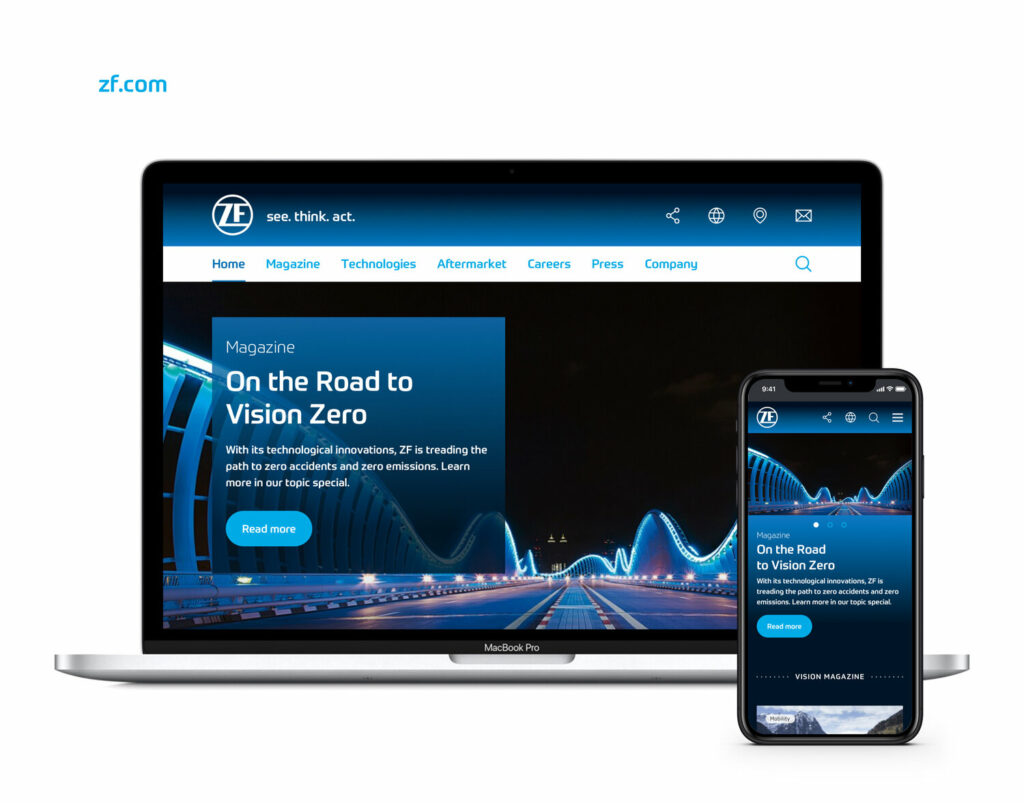 Returning to zero emissions, the company showed another development: the Openmatics on-board telematics device and the Dashboard web application, which allows the fleet operator to track not only the position of cars, but also their workload, and in electric cars — the charge level. This allows operators to plan routes based on the available drive range, send the most suitable cars for the client’s request (destination), as well as optimize the overall energy consumption of such a fleet.