How to choose a car radio

Car radios are convenient and practical. It is not always possible to use a mobile phone if the signal coverage area is weak, while the payment for calls in other regions is a pretty penny. The radio is always in working order, it allows you to communicate by pressing just one button, which is an important factor in driving conditions. However, choosing a car radio is not an easy decision. Depending on who will use the radio and where, in the city or on country roads and highways, you should decide which model to buy. We will help you understand the intricacies of modern car radios.

Factors in choosing the radio as a car device

The choice of the radio is influenced by a set of factors: 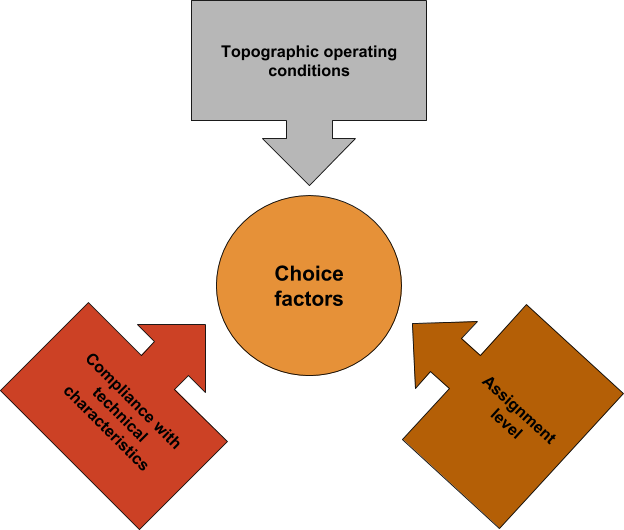 Topographic operating conditions of the radio – it is where the radio will be used most often – “urban jungle”, a country road, a mountain-forest terrain, or maybe an open area. Each such topographic feature affects the performance of the device.

An assignment level can be professional (for example, for truck or taxi drivers, car couriers, etc.), or amateur (for hunters-fishermen, guides, tourists-climbers travelling part of the way by car, using the transfer).

The radio should also comply with certain technical characteristics, among which there are output power, the number of communication channels, the presence of European or domestic frequency format, modulation and noise suppression types, the ability to quickly get to the emergency channel (“nine”) and the truckers “15th” channel.

Of course, there’s always the cost factor. There are radios that are absolutely suitable for everyone and function smoothly in any conditions. But they cost a lot of money. If the activity doesn’t require constant use of the car radio, you shouldn’t spend money on a universal one, but it is better to choose a cheaper device.

All such devices are divided into portable and base and are all called CB, short for Citizen`s Band adopted to denote unlicensed, available to all citizens radiocommunication on short waves with frequency range of 27 MHz.

Traffic police and other patrol services officers aren’t entitled to check the documents on the radio or antenna, since then have responsibility only for the vehicle itself, but not radio equipment.

Portable CB-radios are very convenient for hiking or for work requiring a long range of communication with minimal costs. They are suitable for those who don’t want to install a base radio set in the car, but want to stay informed on the road and to save because such a solution is usually cheaper.

The disadvantages of such devices are low power and short antenna, as well as a heavy dependence on the terrain. As a result, there are shorter range and more interference than in base CB-radios. 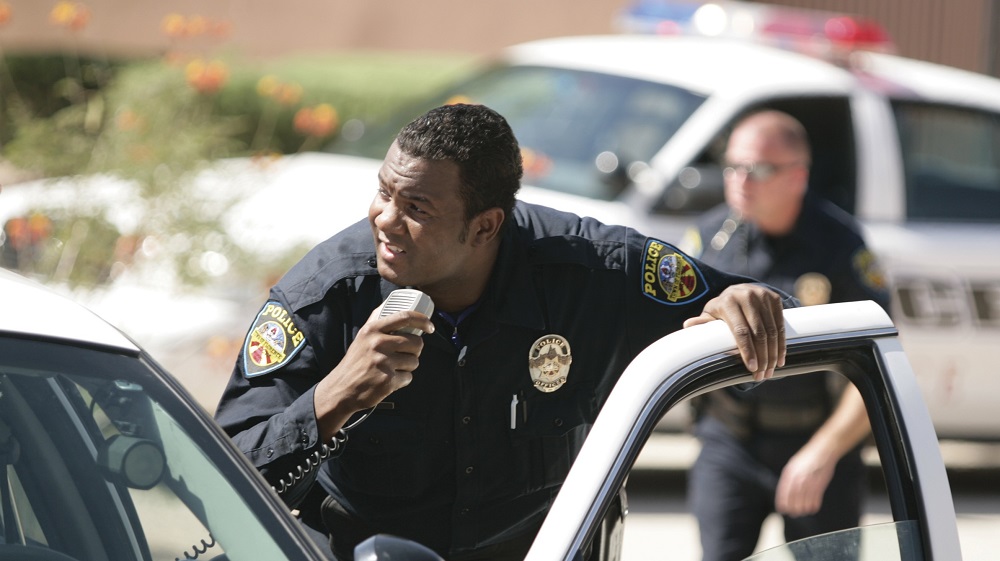 The latter are remarkable since in most cases they have greater power, the ability to install antennas different in length, fastening and principle of operation (passive or active), they have good noise reduction. Base devices are also much less affected by terrain’s influence on the height and type of the antenna).

However, the negative aspects are the higher cost, the complicated installation of a base radio (connection to power and dynamics, mounting, cable pulling, antenna installation), difficulty in setting up and/or setting up costs, the inability to remove the radio or take it with you when the car isn’t in sight of the owner.

If a person works in a big city (for example, a taxi driver, a forwarder, a courier), then a device with 400 European and domestic communication channels, eight-channel nonvolatile memory, maximum radio communication’s reach, minimal non-linear distortion, high-quality signal reception and transmission, illuminated display with “readable” indicators. Also, the device should be simple and easy to manage, have a high assembly quality and sensitivity of the receiver. A soft wire is also desirable, as well as the exception of radiator overheating due to the instability of the output stage’s functioning.

If the place of work is a small city or urban-type settlement, it’s better to prefer devices having an output power of 8-10 W. Such radios have six frequency grids, each having 40 channels. It’s great if the radio has a built-in attenuator (to control sensitivity), automatic noise reduction, a powerful speaker with an HD sound improvement system. The device must be reliable, have a wide range, an independent frequency synthesizer, a backlit LCD display, convenient and intuitive control.

The best option for a city car courier is an inexpensive device with protection against voltage surges and static electricity, equipped with a manual and automatic noise reduction regulator, a high-quality microphone, and an LED display. It is better if the design features preclude accidental resetting.

If your job involves long journeys on highways, you shouldn’t save on the radio. The device should have a cast aluminum case, preventing overheating, non-volatile memory, monitoring, scanning and dual-line DW-control capabilities. It is better if there is an LCD display, and the buttons are multifunctional, allowing you to quickly search “21”, “9”, “15” channels. Needless to say, the radio should be reliable, usable, have a long range, an attenuator with sensitivity correction.

It’ great, if there are also soft LED backlighting of both the monitor and buttons, ergonomic design, stable and precise operation of the quartz frequency synthesizer, balance of options, tone coding system and repeater mode, as well as a variety of diverse means to protect. 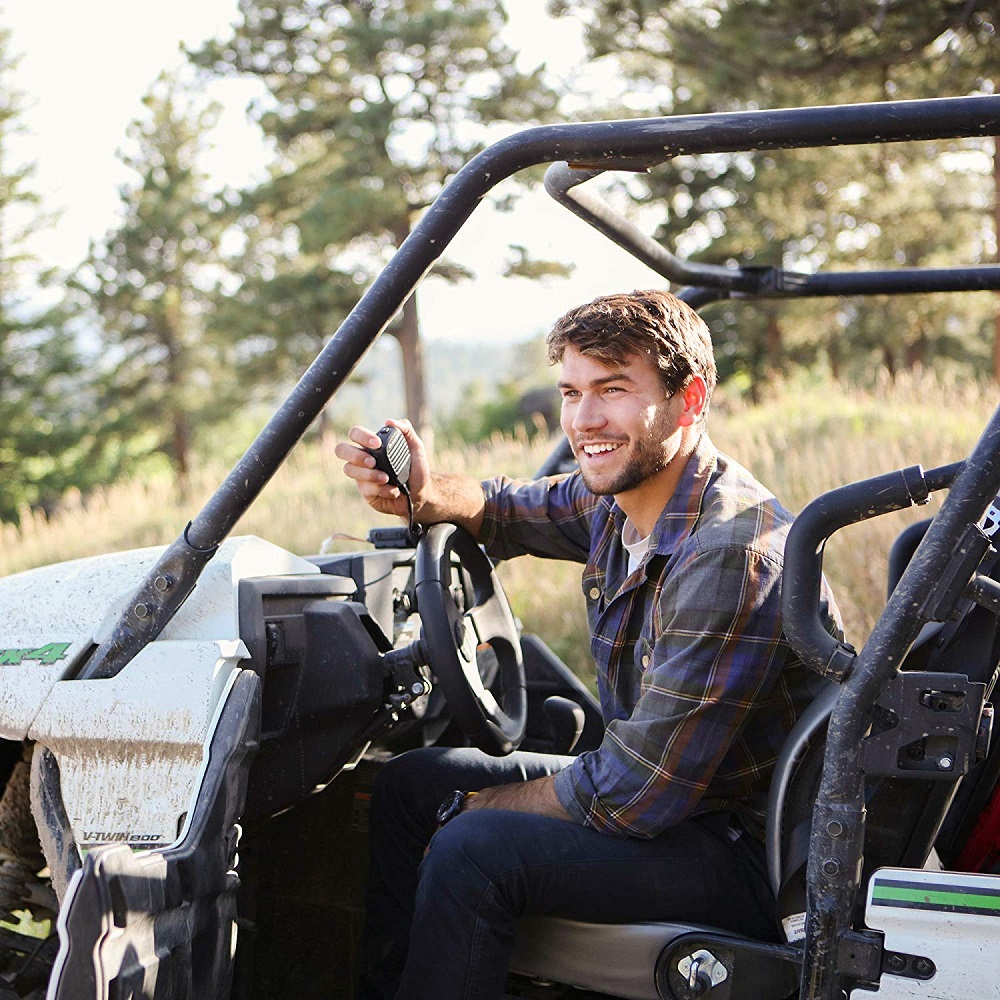 If you have chosen a car radio, don’t forget about driving license. If you still don’t have one, you can easily and quickly process it on our website. With an international driver’s license, you can drive on roads even without a radio station, but with confidence that you won’t have problems with traveling in another country.