Believing in everything German with the Opel Grandland X SUV

The paradox is that the Opel Grandland X is based on the French EMP2 modular platform. Moreover, the Germans took it as a basis even before the takeover of Opel by the PSA concern, that is, not forcibly. The main merit of the Opel engineers is that French roots are not visible either in appearance or in the interior. Only a person who is familiar with PSA products can recognize some components such as door handles or power window buttons. But the dial gauges, a real climate control unit instead of a tab in the menu and other key parts are that of the Opel.

The car is beautiful. It is completely devoid of the outrageous platform Peugeot 3008, with which they even have the same base. Opel has harmonious, rational forms, which, however, due to their simplicity, will quickly become obsolete. The interior is also devoid of pretentiousness, although it is pretty. However, the quality of the finish and fit of the panels is somewhat worse than in the Peugeot, and is average for this segment. But what chairs! 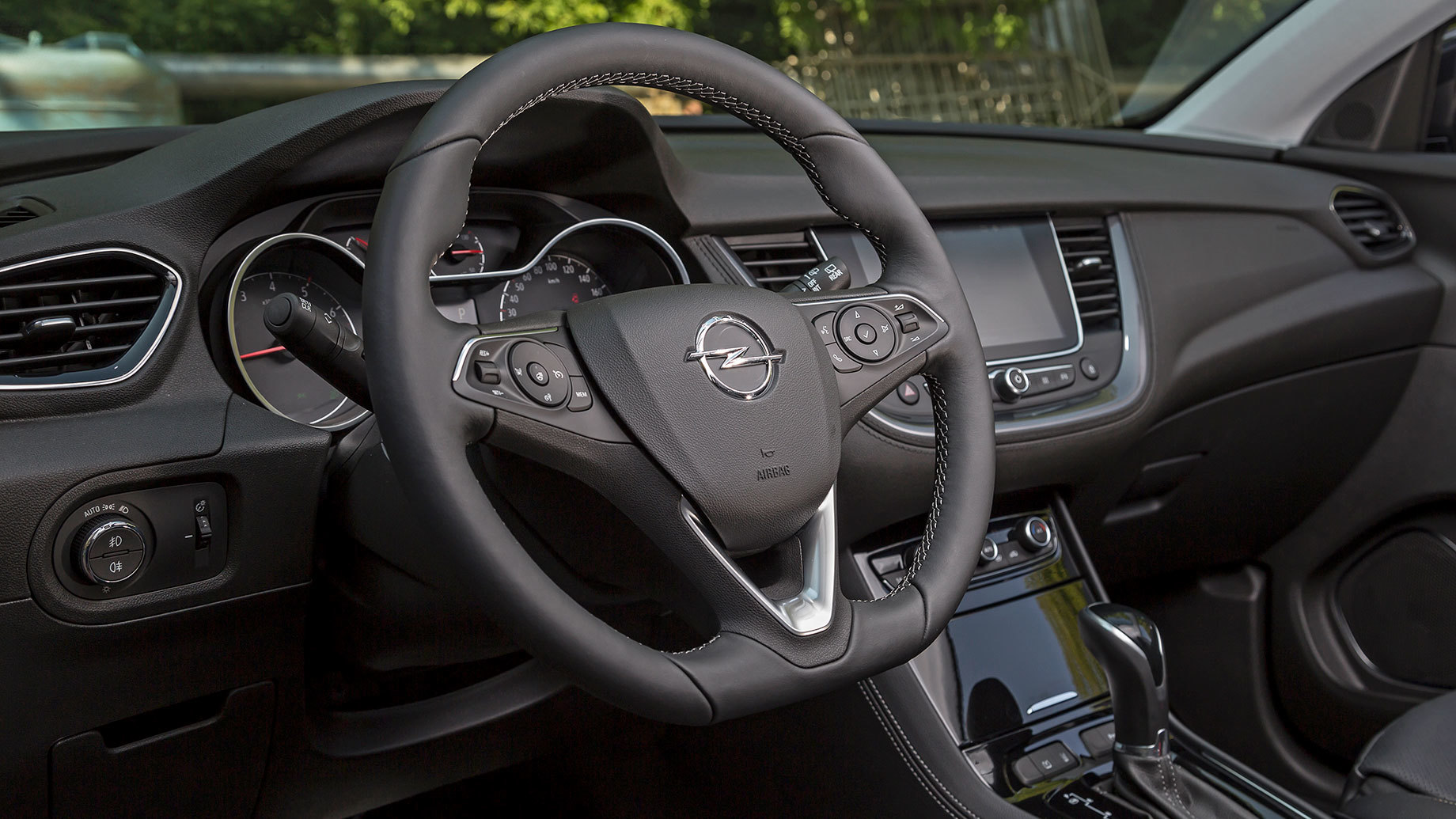 Seat comfort is considered by Opel as one of the main components of the brand DNA. Therefore, in two of the three trim levels, Grandland X is equipped with “sporty” front seats certified by the German Association of Orthopedists AGR. The profile is really good: for two days of driving, I did not feel any traces of fatigue. The stiffness of the upholstery is medium, the adjustment ranges are huge. But, as with all EMP2-based cars, the airbag is pushed too far back in the down position. It is nice that there is ventilation, but it is noisy even at minimum speed.

It is tight in the rear row. A tall passenger sits behind a tall driver, leaning his knees on the back, and his head on the ceiling. In any case, this is a car in the top-end Cosmo configuration, which implies the presence of a non-opening panoramic roof. The trunk is good: capacious, with the ability to rearrange the floor to one of two levels, with an electric drive and a flap door sensor. However, in our car I was surprised by the dangling element of the cargo compartment trim.

But there is trouble with places for small things. Only the main glove compartment is good, although for some reason it is highlighted only when the engine ignition is on. The door pockets are shallow, and a tiny central box is given over to wireless smartphone charging. The solid classic selector of the automatic gearbox ate so much space on the tunnel that the front driver and passenger did not have cup holders. And why there are no eyeglass case and hooks for jackets in the back of the cabin is a mystery…

Keyless access and engine start with a button is the prerogative of the top version. The rest open and start with a key. Turning on Drive with an old-school lever is a pleasure, especially since, according to the Opel tradition, it moves along a shaped groove and its position is easy to catch by touch. Grandland X rides correctly, in German manner. The traction control of the 1.6 turbo engine and the six-speed automatic gearbox is very logical, and the claimed 150 hp on overtaking are felt. The takeoff during acceleration is minimal. The brakes are devoid of French overstrength in the first part of the pedal stroke — deceleration is easy to control.

The chassis is clearly tighter than the one of Peugeot, and the reactive action on the steering wheel is better. There is no special sportiness in turns. The grip on the Continental CrossContact LX2 is not the best. Opel just clearly, with slight rolls, runs in turn, without taxiing the rear wheels, even with provocations. The main thing is that the turn is even, because the harsh rear suspension pulls off the stern at the joints and patches. On a straight line, the ride comfort is also imperfect. Large bumps are overcome confidently, but medium ones come to the body more often than you want. It’s because of European settings.

Despite the use of common single windows, the cabin is quiet. The voice of the motor is pleasant and appears after 4000 rpm. On the highway, the wind and tires are also not eager to be heard. And the sound when talking on a phone coupled via Bluetooth is simply magnificent, according to subscribers on both sides of the connection. By the way, the media system here is also French, albeit with Opel fonts. This means somewhat confusing controls and the presence of a cool “virtual 360 degree view” mode, when an image from only two cameras, front and rear, is placed on top of the picture.

Theoretically, Opel is better prepared for winter than the French one. Even in the base version the steering wheel, the entire area of the windshield and rear seat cushions are heated. But in practice, you will have to deal with a small area for cleaning the windshield, because the left wiper does not reach the rack three inches. And after using the washer, a trickle flows right in front of your eyes, due to the fact that the right brush does not completely enter the cleaning zone of the left. Front-wheel drive and a clearance of only 6.5 inches, according to my measurements, are also not the best helpers in the cold season. 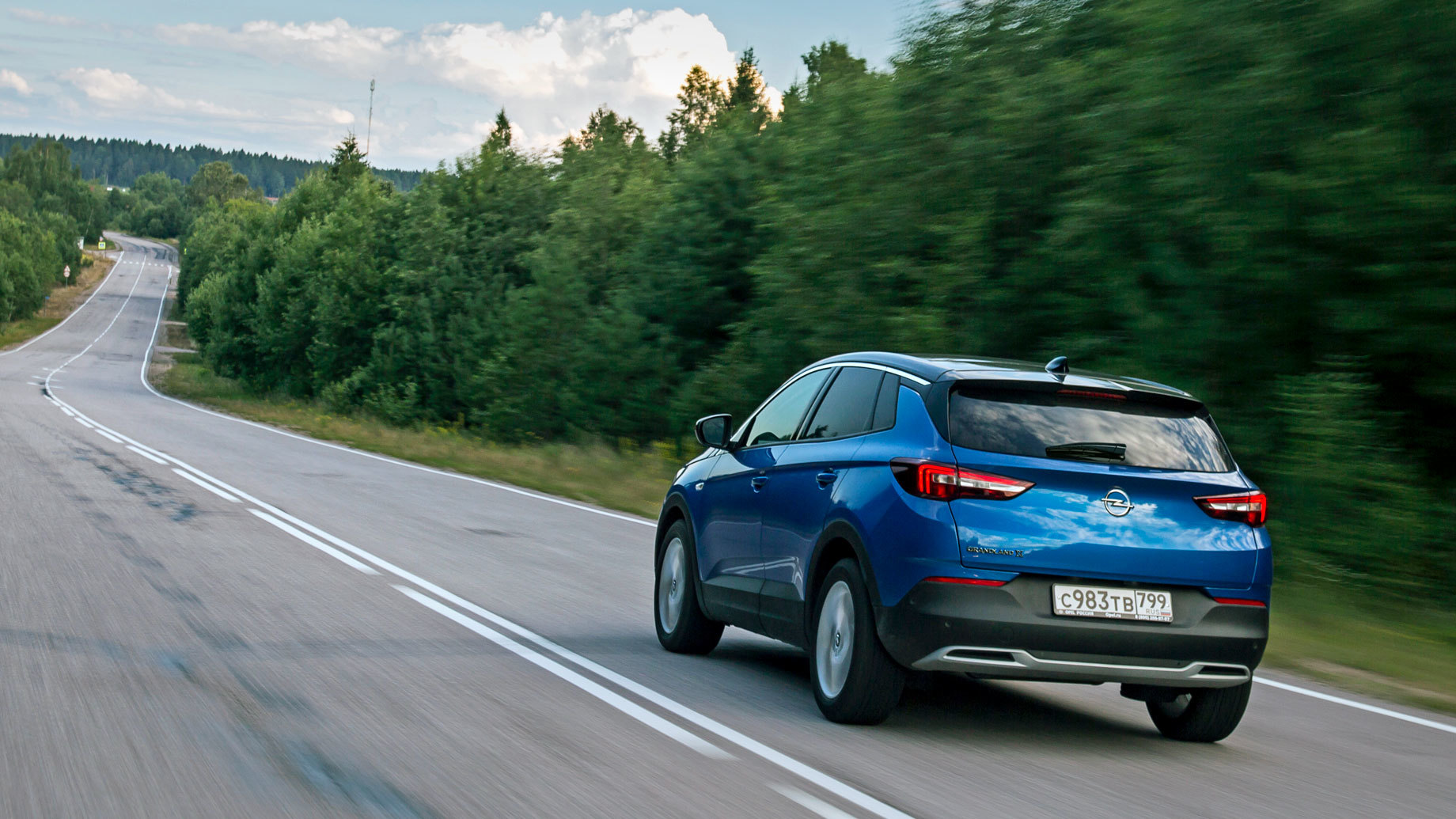 If you look at the segment leaders, most buyers prefer all-wheel drive. In the case of Sportage and Tiguan models, the share of 4×4 versions reaches two-thirds, and for RAV4 it is more than 80 percent. Here is the answer to the question about Opel prospects. No matter how much you like the Grandland X, no matter how pleasant it rides in a European way, the prices are off the scale. Most likely, demand will exceed that of the Peugeot 3008. 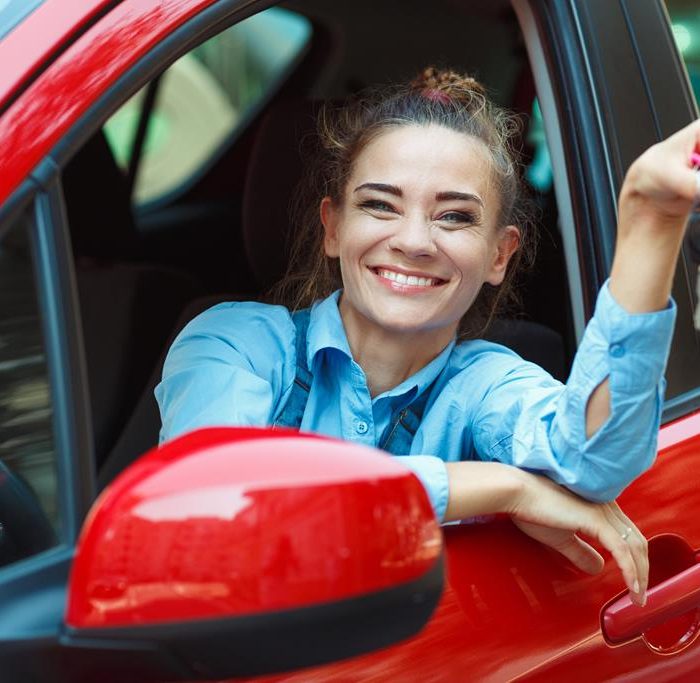