The history of left- and right-hand traffic

Distribution of traffic on a road to a certain side makes it possible to avoid various congestions and collisions of carts and phaetons — it was noticed long time ago. But until now, mankind could not agree on how to organize traffic in order to suit everyone. Therefore, there are transport systems with right-hand traffic (almost 3/4 of all roads), and those with left-hand traffic. Of course, there are cars for left- and right-hand driving.

The root of the problem goes into psychophysiology. Individuals are divided into two groups: those who are dominated by the work of the right hemisphere (those are left-handers) and those who are dominated by the work of the left hemisphere (those are right-handers). There are also ambidextrous people (possessing equal skill with both the left and right hands); but there are not many of them, so this is rather an exception. Accordingly, in ancient times every traveler (pedestrian), carrying any luggage on his shoulder held it with his right (leading) hand, and therefore instinctively, trying to protect his property from a collision, kept himself to the right side of the path (road). It was also easier for a charioteer to pull the reins by a stronger right arm, so they kept themselves on the right side. However, many people were armed in those times, so the hand holding the sword had to be closer to the opposing adversary. Therefore, it was easier for armed people to pass each other on the left side. This caused a contradiction in traffic even during that time. Traffic was left-handed where historically there were many warriors and military campaigns (for example, in the Roman Empire). Troops were constantly moving, and left ruts were always more broken in (as loaded carts moved along them).

The system of right-hand traffic began to take shape only when people ceased to suspect an enemy at every encounter. In Europe it has been necessary to take to the right since the Middle Ages. However, in England, which followed the ancient Roman traditions, the “Road Act” was adopted in 1776, according to which the left-hand traffic was the dominant one. In many remaining countries, confusion and vacillation were observed on this issue, so there was no consensus. It is generally accepted that in continental Europe, right-hand traffic was introduced by Napoleon, who extended French road rules to the whole continent. But this was mostly true only for those states which were under his rule and the French influence. Britain, Sweden, Austria-Hungary and Portugal remained left-handed.

As a result, England began to determine the spread of left-hand traffic across the planet. First of all we are talking about its overseas colonies: India, Australia and others. In Japan, left-hand traffic was accepted when British engineers built the first railroad there.

If we go back to roads and the first cars, we should remember that the first horseless carriages were controlled by a lever sticking out of the floor. This required considerable force, so the driver sat on the left and controlled it by the right leading hand. Over time an unsuitable lever was replaced by a steering wheel. Drivers had to sit right behind it, and hold onto it with two hands. But to which side was it better to move a steering wheel? At first the steering wheel was put closer to the edge of the road — the right side for right-hand traffic and the left side for left-hand traffic — so it was easier for the driver to get out of the car. But more and more cars appeared, and the attention of drivers switched to oncoming and overtaking cars. Therefore the steering wheel was moved again. The first model with the left steering wheel and the correct driver’s seat was the 1908 Ford T.

Europeans who produced affordable cars also switched to left-hand driving, but manufacturers of high-speed cars kept the rule of right-hand driving. According to another assumption, left-side driving is convenient since drivers do not exit onto a roadway, but safely exit to a sidewalk.

In the 1920s, the driver’s seat on the vast majority of cars was located on the side of oncoming traffic. Gradually the right-hand traffic was adopted in most countries: Belgium introduced it in 1899, Portugal in 1928, Spain in 1930, and Austria and Czechoslovakia in 1938. The kingdom of Sweden — not until 1967. It became the last state in continental Europe where left-hand traffic persisted. This created a lot of inconvenience when crossing the Sweden border, especially in rural areas where borders were often not designated. Besides, all cars in Sweden were made as left-hand drive. Makers refused to manufacture right-hand drive vehicles for such a small market. It is noteworthy that most of Swedish people were happy with this. In the 1955 referendum, 83% of Swedes spoke in favor of keeping everything as is. Only eight years later the Swedish parliament, without asking its citizens, adopted the right-hand traffic from 5:00 a.m. on September 3, 1967 (day “N”). As a result, all the cars just moved to the other side of the road and began to drive by the new rules. In the first month the accident rate dropped almost to zero — drivers were extremely careful. But then the number of road accidents returned to its previous level.

Next year, in 1968, inspired by the example of Sweden, Iceland conducted a similar operation under the same name.

Today there are only four countries in Europe with left-hand traffic: the UK, Ireland, Malta and Cyprus. States that do not want to adjust themselves to match their neighbors apply different formats of traffic on their borders. On major highways they have to build pretty fanciful interchanges. 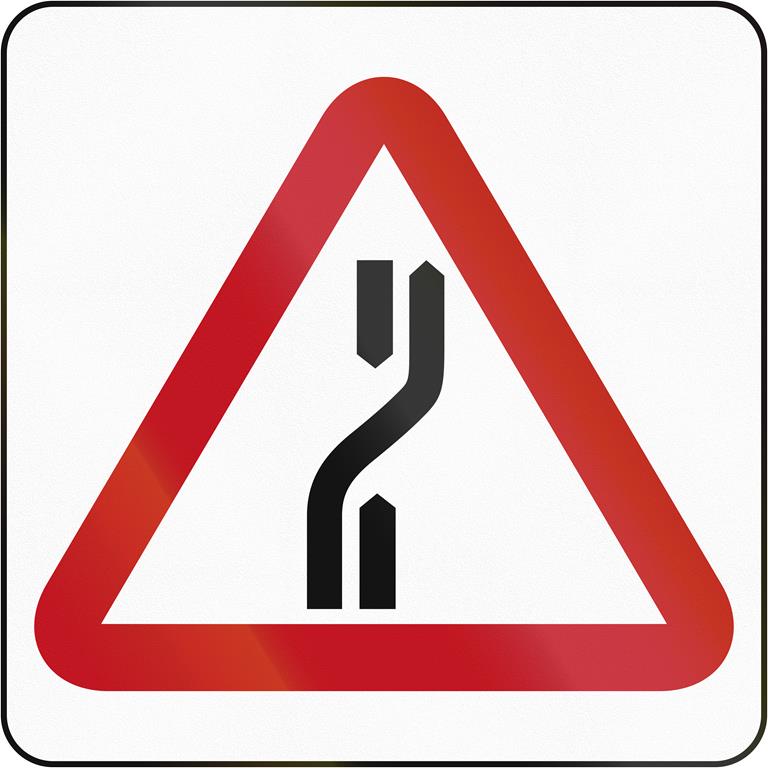 There are several exceptions. In Ukraine’s Odessa and Russian’s St. Petersburg there are streets with left-hand traffic, which are designed to unload streets from a large number of cars. In the center of Europe, in Paris, on the Avenue of General Lemonnier (the only street) drivers also adhere to the left-hand traffic.

In most cases entry into a left-hand driving country in a right-hand car (and vice versa) is legal. It’s much harder for a “wrong” car to get registered. Left-hand cars are simply forbidden in Australia. Those who import them must spend money on re-equipment. In New Zealand you need to get a special permit. In Slovakia and Lithuania right-hand drive vehicles cannot be registered at all. In the eastern part of Russia right-hand drive vehicles are very popular, despite that it is a right-hand traffic country. This happened due to the very cheap importation of used cars from Japan in the 1990s and 2000s. However, in the European part of Russia 99% of cars are with left-hand drive, valid for right-hand traffic.

The main rule of right-hand traffic is the need to hold on to the right side, and the left-hand — to the left. Of course, for right-handers it is initially quite difficult to switch to left-hand traffic, but it is worth it to try and everything quickly falls into place.

Speaking about the merits and demerits of left-hand traffic, it is impossible to exclude the design features of a car because the safety of a driver and their passengers depends on them.

There are several advantages of “wrong-side drive” vehicles. Right-hand drive vehicles, even though they are designed for left-hand traffic, are also operated in right-hand countries. Moreover, it is considered safe because an impact is on the left side when a collision occurs, and the driver will not be injured. Right-hand drive cars are rarely hijacked (in countries with right-hand traffic), as many consider them uncomfortable and non-functional. The driver’s unaccustomed point of view from the right side makes it possible to assess a situation on a road from a different angle, which can lead to a reduction of unforeseen situations.

The main disadvantage is inconvenient overtaking. This problem can be solved by installing a well thought out mirror system. In general, the only drawback of the left-hand traffic is its rareness. To date, more than 66% of mankind adhere to right-hand traffic, and switching to left-hand creates a number of inconveniences. Moreover, only 28% of the world’s roads are left-sided. 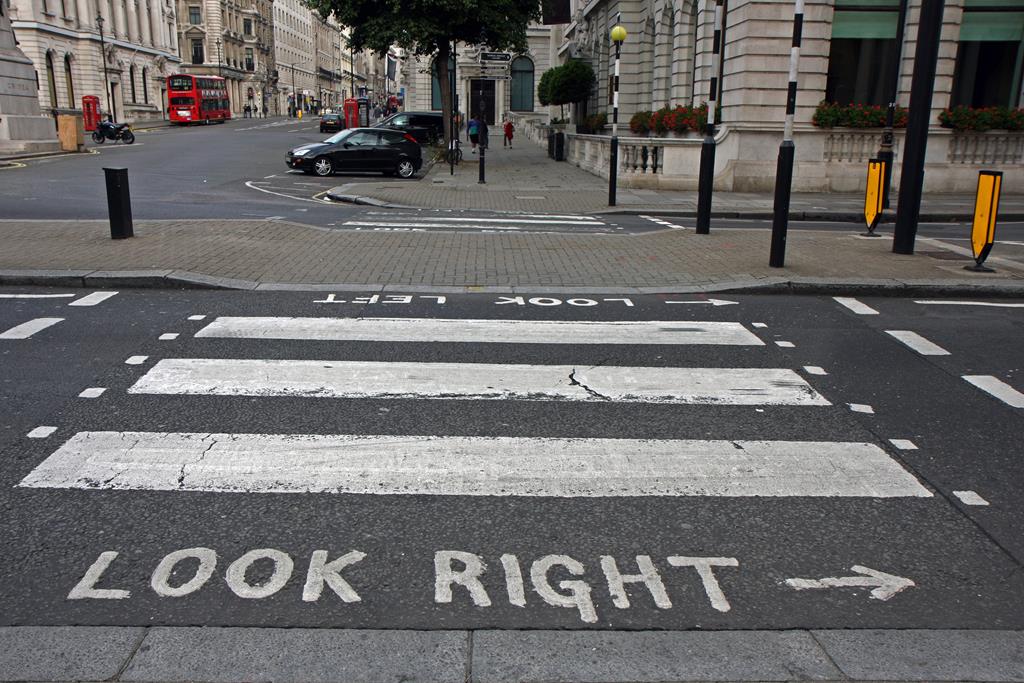 There are no cardinal differences between left-hand traffic and right-hand traffic. Everything happens in a mirror image, which makes drivers get confused during their first time.

Thank you for reading, and don’t forget to apply for an international driving license. It will help you drive your way across the world confidently, regardless of right or left side of the road.

Please type your email in the field below and click "Subscribe"
May 31, 2019 Getting a driver's license in South Korea

December 06, 2019 Pontiac - a standard of respectability