The Russian capital plays a special role at the FIFA World Cup 2018. This is where the Championship 2018 will be launched, and for one of the teams this city is going to be the place where it has won the World Championship title.

Moscow Mundial can show the world the best that Russia has accumulated throughout its history including tourist and sports facilities, historical and cultural attractions. We are also going to tell you how to rent a car in Moscow.

Moscow will be hosting the football teams at two stadiums simultaneously. These are the famous Luzhniki and Spartak Stadium. These stadiums have become the key objects where 12 games of the World Cup 2018 will take place (8 group stage games and the rest for the prizes, including the final).

The game schedule will be as follows:

A separate schedule is designed for the playoff games, i.e. for specific places at the World Championship starting from last sixteen.

These are the matches that will be held at the Luzhniki Stadium: 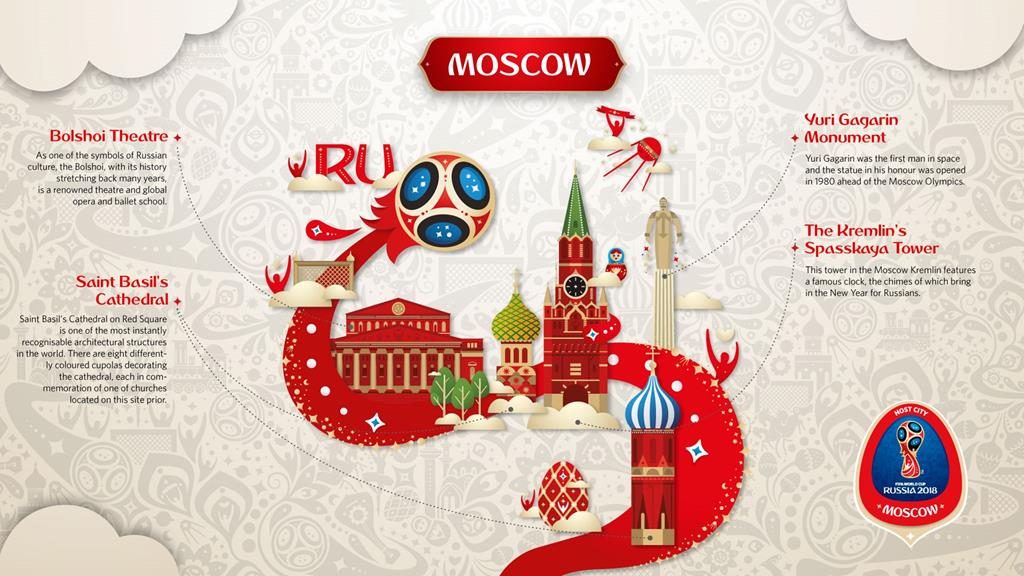 The last sixteen match between the winner of the quartet H and the second team from the Group G will be held at the Spartak Stadium. The game is scheduled for the 3rd of July.

How Moscow is changing ahead of the Mundial

All streets in Moscow will slightly change their names ahead of the Mundial. They will be duplicated in Cyrillic and Latin characters. The road infrastructure will be modified — the roads to the stadiums and driveways are getting more comfortable. Lots of volunteers complete their training. The volunteer of the World Cup 2018 is a cheerful and active person who keeps a healthy lifestyle, has a good command of foreign languages and some other skills. This is a person who strives to work and communicate. Match Accomodation, an official distributor of hotel rooms at the Mundial, says that Moscow hotels teach the staff specific football terms in different languages. Soon a fan town with budget rooms will appear in Moscow. “Moscow Metro” mobile application has a special section devoted to the World Cup 2018. Here you can find brief information about the stadiums where the matches will be held, the contacts, and get the shortest directions to the stadiums. This service also provides you with a schedule of the upcoming matches and the results of the past games. The section is expected to be available in six languages: English, French, Spanish, Chinese, German and Portuguese.

The reconstruction of the Luzhniki Stadium started in 2014. The capacity of the arena is increased from 78 to 81,000 spectators, and the stand inclination angle is changed in such a way as to make them as close as possible to the field. There will be an anti-precipitation canopy which was increased by 11 metres. To prevent the long queues, the number of exits was increased. The stadium received an observation deck which is free to visit not only during the matches. The Luzhniki has a high-tech digital roof with millions of LEDs. It helps the spectators to see game score, squads, and highlights of the match on a huge screen. The Luzhniki is fitted with the latest communications technologies, has a modified geometry of the stands and new functions of the interior. Finally, the stadium got a field with a new modern natural grass surface. There will no longer be the problem of organizing the matches in winter since the modern stadiums are equipped with heating system for the field and the stands. Football players, fans, journalists and top public officials — all of them will feel comfortable at the new state-of-the-art stadium. The cost of reconstruction of the stadium is $350 million.

The Luzhniki will continue to develop as the main sports park of the country. However, unlike other stadiums under construction and refurbishment to the World Cup 2018, the Luzhniki Stadium won’t be a home arena for one of the Moscow teams. FC Spartak has already built its own stadium while FC CSKA is now building utmost its own “house” after a few years of talking and inter-agency disputes.

This stadium was built in 2014. The construction cost is 14 billion roubles. Otkritie Arena (the stadium will bear this name for the first six years) was officially opened on the 5th of September in 2015. Its capacity is 45,000 spectators. The stadium is a property of a businessman Leonid Fedun. It was built on the site of the Tushino Airport, a picturesque place in the north of Moscow, well-known for its open-air public events. Fans should not worry about its remoteness from the city centre since the shuttle buses will transport them. The Spartak Stadium has become one of the most advanced world stadiums. There is a natural Danish grass on the field, which remains evergreen all year round. To provide solar power to the grass, special lamps that imitate the sunlight are used.The field is also fitted with the heating system. This stadium has a lot of peculiarities. For instance, this is the only off the scale stadium where the closest to the field is the monument “The Starostin family”. It is situated near the fan sector of the stadium. The erection of the monument was accompanied by talks of whether a player will get injured if he accidentally bumps into it. By theory, that should not happen since the monument stands within 8 metres, nevertheless, during the World Cup 2018, the monument will be covered with security shields. 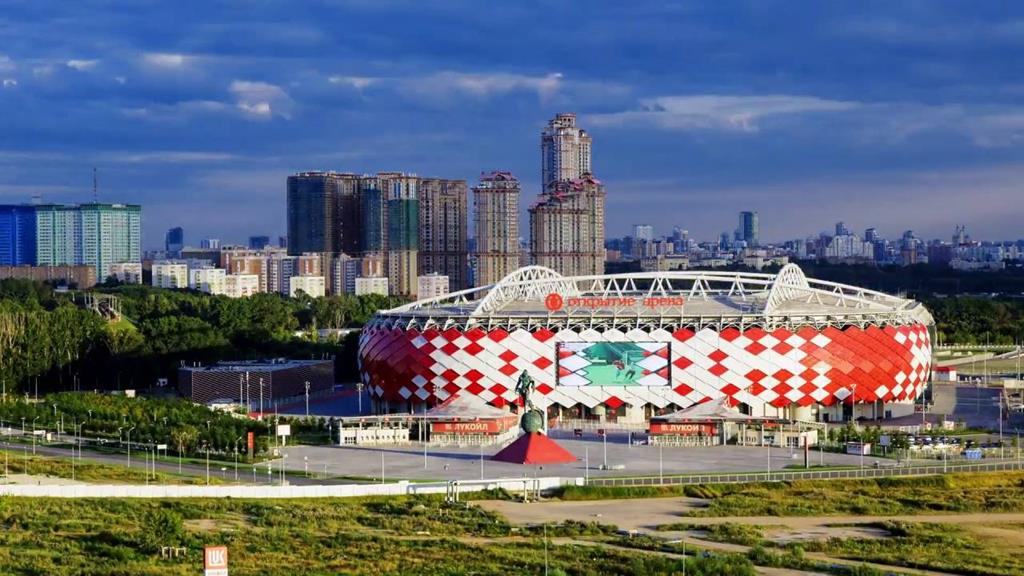 When the World Cup 2018 ends, that will be a home arena for FC Spartak.

Also notable is the Minor Arena of the sports complex. This is an indoor arena where the matches can be held in all weather and seasons. It has a capacity of 12,000 spectators.

Otkritie Stadium is a core social component. Spartak, a new intermediate metro station appeared in Tushino. This will improve the infrastructure of the region and enhance its potential as a recreational and entertainment centre. 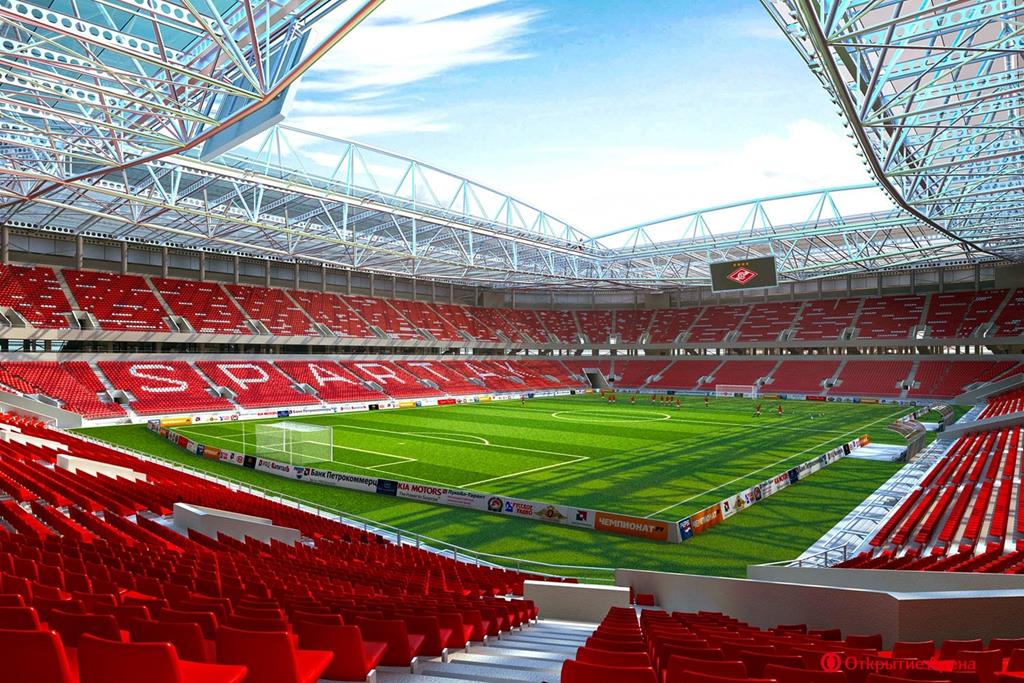 Since “Otkritie Arena” name has an advertising function, and advertising during the Mundial 2018 is illegal, for a time of the World Cup it will be called “Spartak”.

How to rent a car in Moscow

Original residents of Moscow get used to using private or public transport to move quickly through the city, however, the newcomers often prefer to rent a car. You can rent a car without a driver anywhere in the city. In order not to pay extra for the imaginary scratches or dents, check the rating of the most popular organizations that provide the clients with the best service, affordable prices and enjoy a great deal of authority.

You can rent a car without a driver in Troika. This company has been a long-time leader in the market providing the customers with new cars aged no more than 2 years. There are four office of Troika company in Moscow, thus, the client can rent a car to any address. Furthermore, just like in many other companies, Troika can provide you with a car to the airport or the railway station. The Troika’s vehicles have CDW, TP and TPL insurance. Aside from economy class foreign cars, you can rent mid-level, business and premium cars as well as minivans and offroaders.

The rental price is influenced by the model of the car, the tariff and the rental period. If you want to rent a car without a driver, you will have to pay about 1,700 roubles per day. You need your passport and a national driver’s license.

Among the other reliable rental companies are Pilot-auto, Rentmotors, Hertz (four offices in Moscow), Avis (four affiliated companies in Moscow), Europcar, Avtorentovik service, etc. There are also companies where you can rent a truck or a car with a driver.

Each rental company has its website with 24/7 online rental. 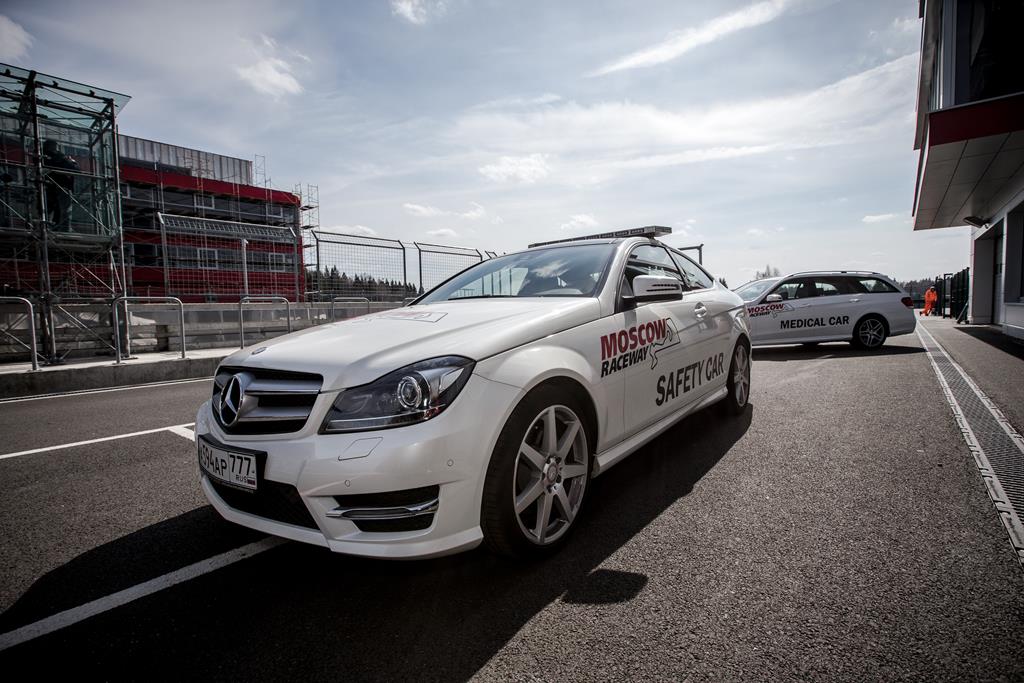 Keep in mind that as long as you have no International Driving Permit you are not allowed to drive a rental car in Moscow. If you still have no IDL, click here to apply for it online. This document helps you to drive confidently not only across Moscow but anywhere in the world.