Specificating the base model among the updated Camry sedans

Visually distinguishing the updated eighth-generation Toyota Camry sedan from its predecessor is not easy. The framing of the wide radiator grille has been changed: nice looking C-shaped decorative inserts can be black, silver or chrome, depending on the configuration. The wheel design has also changed, but it’s hard to be noticed on the go.

Only the GR Sport version, which replaced the S-Edition, is easy to recognize. Sport, however, here exclusively for style and does not affect the techniques. But the bright-red body with black roof is standing out from the black and white masses of other Camries. You can order such a catchy car with two older engines. Moreover, the six-cylinder GR Sport features clear tail lights, black window frames, wheels and moldings. 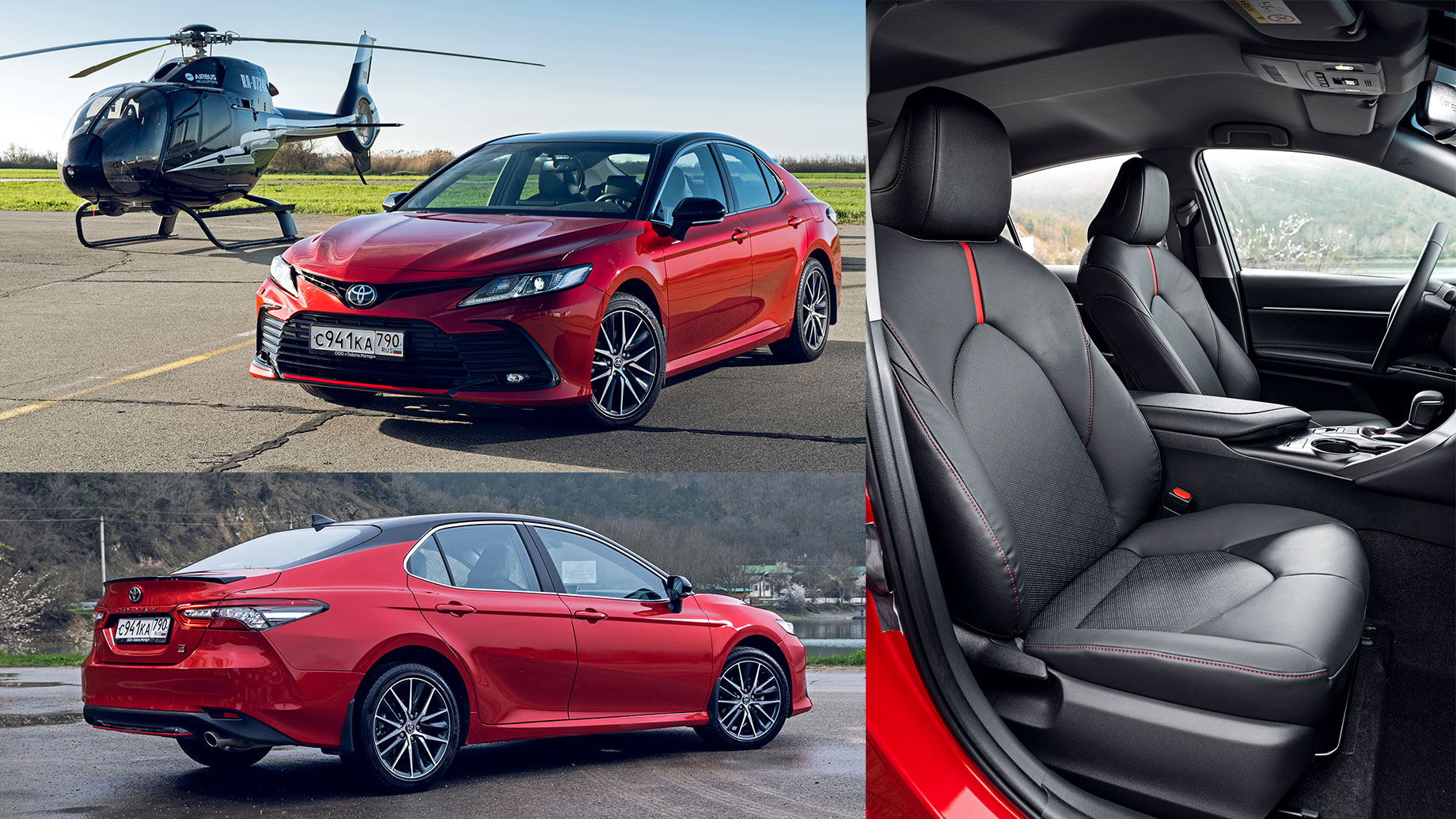 The interior designer`s “bold” hand only replaced the decorative trims above the glove box and reshuffled the multimedia screen with central air vents in the manner of the RAV4. So the touchscreen with seven or nine inches diagonal now rises above the front panel. The simple interface is not annoying.

The real buttons on the sides of the screen, responsiveness and support for Apple CarPlay / Android Auto protocols are delightful. The regular maps graphics are a bit depressing, but Toyota hopes for help from search services, however some of them are still under development. Otherwise, we have a thoroughly studied Camry spacious interior with comfortable seats and good visibility. The graphics on the trip computer screen, the layout of the keys around the driver and the tactile sensations from interacting with them still leave much to be desired.

The highlight is the new powertrains. The former aspirated four-cylinder motors have given way to engines of the Dynamic Force series of a similar volume, which we have already known from the RAV4 crossover. The six-speed automatic gearbox is also removed. The base 150-horsepower 2.0 engine is now paired with a Direct Shift-CVT variator. The traditional hydroshift transmission is retained in version 2.5 with a capacity of 200 hp, but now there are eight gears. Camry 3.5 is technically unchanged.

The combination of a two-liter engine with a variator is primarily responsible for the freshness of driving sensations. The old automatic gearbox was not distinguished by efficiency: it took pauses before switching on a lower gear. It happened that you hit the right pedal, but while you were waiting for a response, you have already forgotten what you wanted. Thanks to the variator, the communication on the accelerator is good, the start from a standstill and the acceleration on the move are faster, and overtaking outside the city is more comfortable. Although, it became a little noisier under the load. 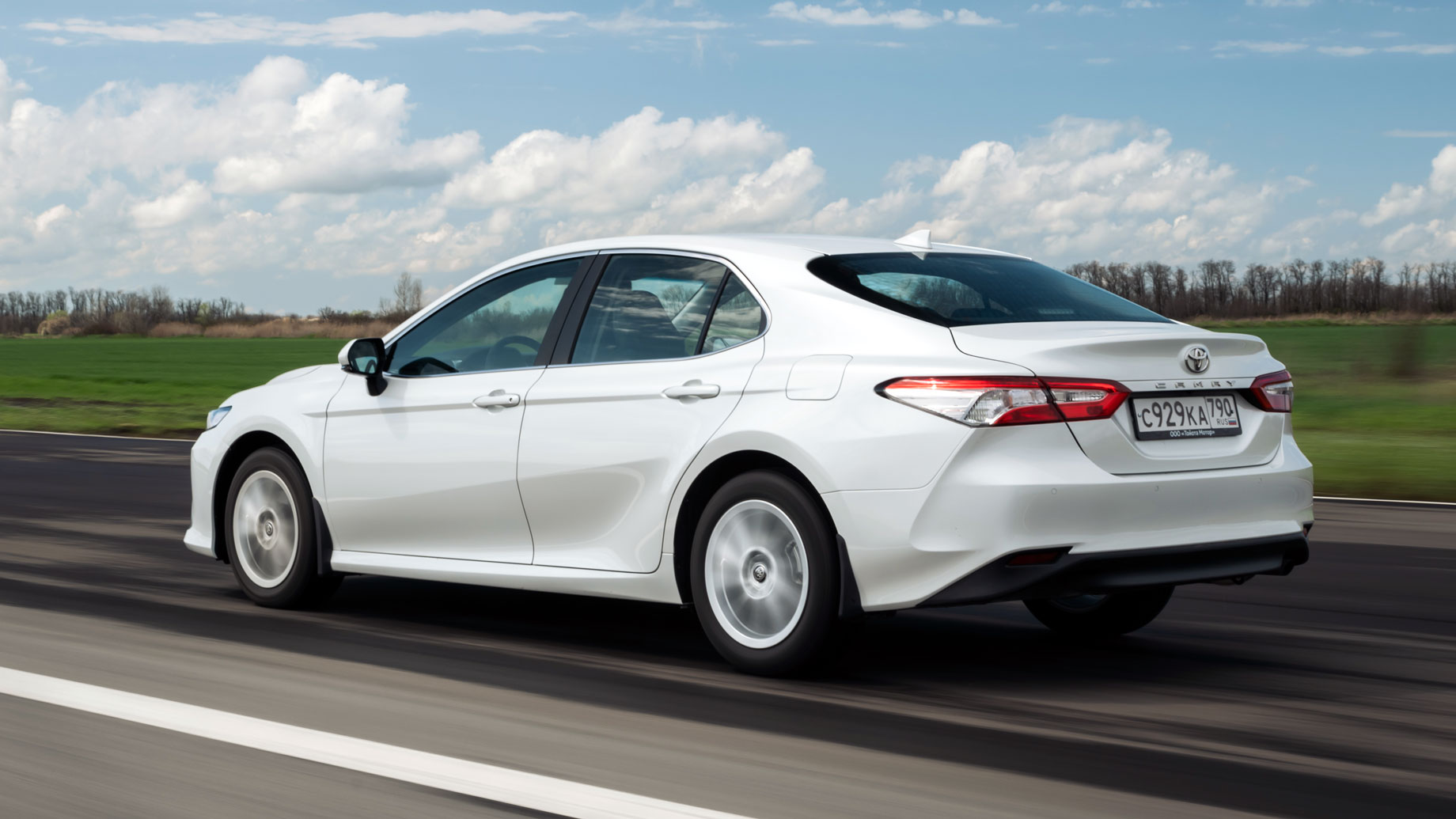 Claimed acceleration time to 60 miles/h was reduced from 11 seconds to nine and a half. It is unlikely that Camry is really capable of this, but by a sixty on the speedometer, the updated sedan wins back two or even three cases from the pre-reform one. We deliberately conduct parallel launches on the runway of a small airfield. However, more importantly, Toyota with a CVT is noticeably more elastic when speeding up to 50-60 miles/h and 60-70 miles/h. There is no talk of sports ambitions, but the unpleasant feeling that you are extra on the highway no longer arises.

There is no such contrast between the old and new 2.5 modifications as the two-liter ones, but the changes are still noticeable. An increase of 19 hp and 12 N•m allows the updated Camry to be a little faster throughout the entire speed range. We didn’t notice the increase in noise or vibration load from the A25A-FKS engine with combined injection. The eight-speed automatic gearbox works faster and smoother than the previous six-speed one.

Mutual understanding with the car is more developed, and, accordingly, it is more comfortable to drive it. However, aside from the pre-restyle comparison, there is still a noticeable hitch on the kickdown while the transmission changes down a few gears before hard acceleration. After a couple of alarming overtakes on the two-lane roads with a dense stream of trucks, I moved the gearshift clutch to the manual control position of the automatic gearbox and before the maneuver I chose the necessary stage myself.

Both test sedans have 17-inch wheels thoroughbred Continental tires from the Premium Contact line, for which we should praise the Koreans. However, Toyota installed the more recent sixth-generation Continental only on pre-reform demonstration cars, and chose the outdated Premium Contact 5 as a conveyor solution.

This model entered the market in 2012. The press office refuses to comment, why  they stopped on it. It seems that the change of supplier is more likely to have an image effect. After all, tires from the premium line of a European manufacturer were used. At least it didn’t get worse. The Camry suspension is generally left unchanged, and the 2.0-liter Toyota on 17-inch wheels still smooths out small bumps better and transmits less vibration to the steering wheel than the 200-horsepower version of the 2.5 with 18-inch Turanza T005 A.

The list of further updates continues with the Connected mobile service for the Safety Suite, in other words, an application that allows you to monitor the condition of the car. And the Toyota Safety Sense complex is now trained to slow down in corners when using adaptive cruise control, adjust its operation to the requirements of road signs and keep the car in the center of the lane. In addition, the radar is able to track oncoming traffic in a turn at intersections and apply emergency braking in case of danger…

The main result of restyling may be the strengthening of the role of the two-liter version. And although both four-cylinder engines have been improved, it is the younger one that shows the greatest progress with the help of the variator.

Even switching to Continental tires should play into the hands of the base model first of all, since 2.5 ones are more often taken with 18-inch wheels. And the rise in prices for Camry 2.0 is less harsh: an average of $795. At present, the rise in price looks justified even in the case of the top model 3.5, where you pay extra mainly for multimedia and for more modern, economical power unit version 2.5.

April 09, 2018 When a group of vehicles travels together 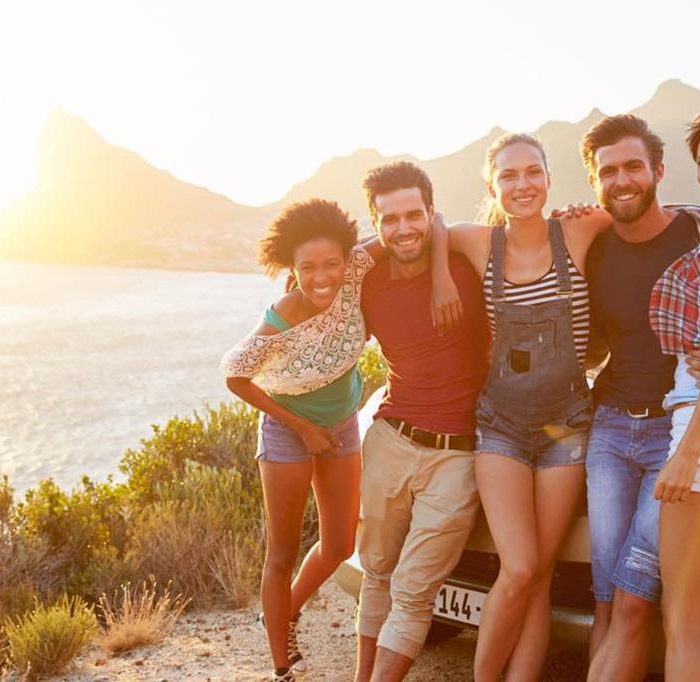 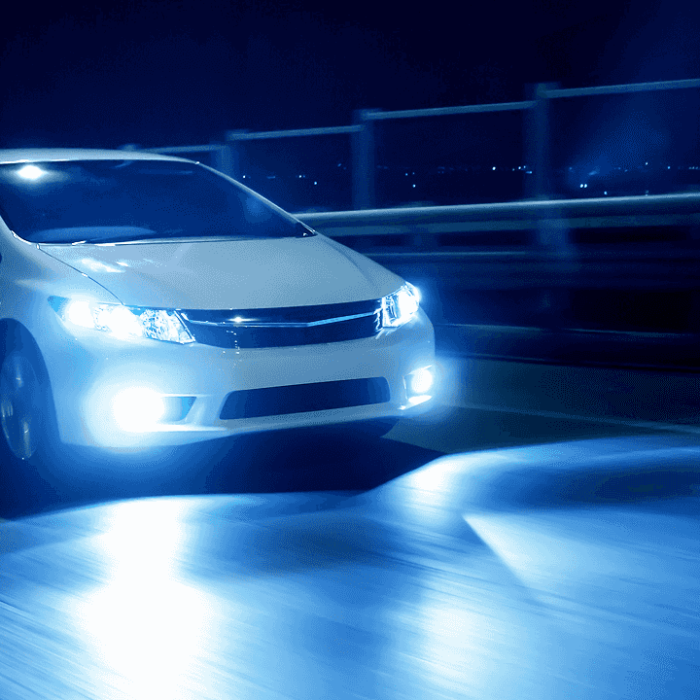