Pros and cons of bioethanol

Recently, the world press has increasingly published reports on dangers and even harmfulness of mass conversion of cars to bioethanol. One authoritative opinion is very soon disputed by another, no less authoritative. The criticism is so harsh that inevitably causes confusion. How can that be: the leading countries adopt energy strategies that, if we believe the skeptics, are completely thoughtless and are the shortest path to large-scale environmental and economic disasters? Where is the truth? Let’s try to figure it out.

Opponents of ethanol’s burning in internal combustion engines make convincing arguments. They don’t refute the fact that the exhaust of cars becomes much cleaner when using ethanol. That’s true. The main problem is in the production of this fuel’s type itself, when huge amounts of carbon dioxide are released into the atmosphere. This means that the entire environmental efficiency is reduced to zero. And the brave slogans about the fight against global warming, about climate change are not only losing their relevance, but even ridiculous.

Are they right? Both yes and no. The production of ethanol really saturates the atmosphere with greenhouse gases in quantities comparable to the emissions of gasoline internal combustion engines. But every medal has two sides. The fact is that during the production and burning of 1 liter of ethanol from plant raw materials, exactly the same amount of CO2, as was previously absorbed by the same plants as a result of the photosynthesis reaction, enters the atmosphere. In fact, the production of ethanol is nothing but “reverse photosynthesis”, with the only difference that sunlight is required in one case, and heat is released in the other. 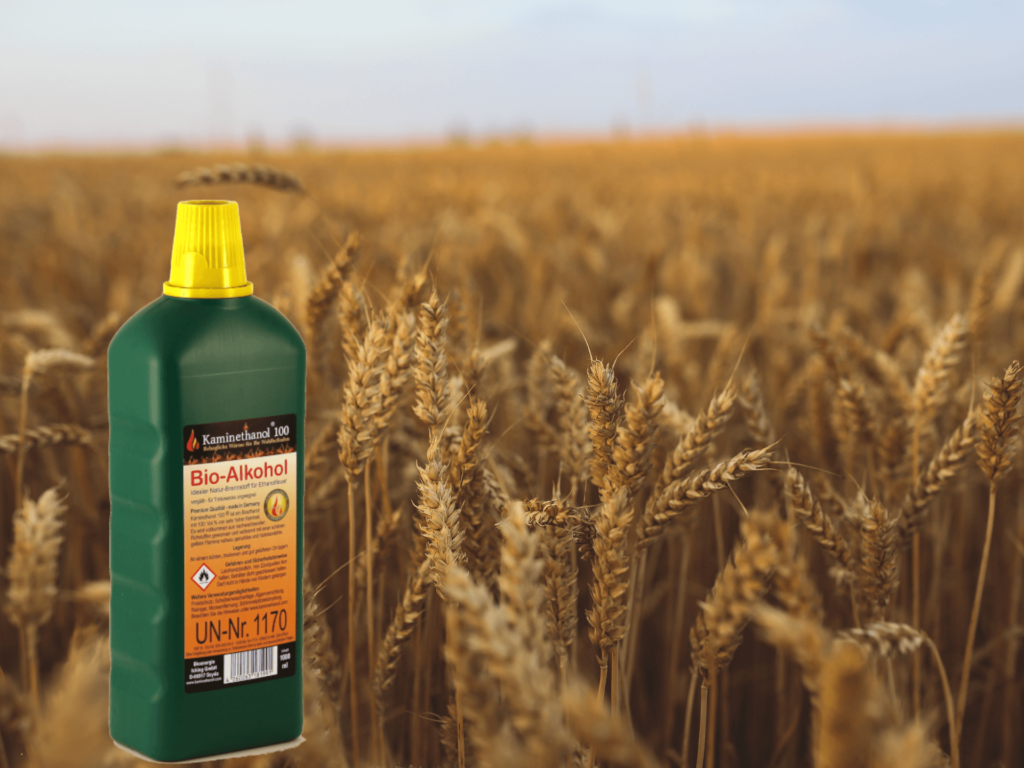 It turns out that bioethanol is absolutely neutral as a source of greenhouse gases. This means that it won’t get better with it, but it also won’t get worse, unlike refined petroleum products. Ethanol also has one more advantage: a positive energy balance. Depending on the type of raw materials, the latter can range from 1.24 to 8. That is, when ethanol is burnt, several times more energy is released than is expended in its production. In this sense, the “scandalous fuel” is an order of magnitude superior to gasoline or diesel. Just imagine the costs of exploration, production, transportation, and refining of oil, and you’ll understand that the fuel balance of oil products is much less than one.

But C2H5OH also has its drawbacks. When 1 liter of ethanol is burnt, 34% less energy is released than when the same volume of gasoline is burnt. It turns out that if you fill a car with fuel containing ethanol (for example, a widely promoted E85 mixture with gasoline), then fuel consumption will inevitably increase up to these same 34% — everything will depend on the alcohol concentration in each specific case. But only owners of cars with engines originally designed for traditional gasoline and only then adapted for new-fangled fuel will face this distressing scene.

We mustn’t forget that the octane number of ethanol is 105. This means that it can be burnt in engines with a much higher compression ratio. So, in principle, engines designed exclusively for a new energy source should be no worse than the current gasoline or diesel counterparts. Both in terms of efficiency and in terms of power characteristics. And it’s needless to talk about ecology! Carbon emissions are reduced by about 80%, and specifically CO2 is reduced by 30%. But it’s absolutely impossible to pump gasoline into such cars — detonation will instantly kill a technological engine.

In this sense, the prospects for so-called multi-fuel (most often bi-fuel) cars look very pessimistic. They can be called Flex Fuel, Flexifuel, BioFlex, Tri-Flex and anything else — it all depends on the imagination of manufacturers. Moreover, if some of these developments have the status of concepts, then others are quite production cars. But all these cars have one nasty drawback – ethanol is burned inefficiently there, because the compression ratio cannot be changed by simply pressing a button on the panel.

It’s a funny situation: a car drives well on Flexifuel gasoline, but on E85 (in case some of you forgot, this is a cocktail of 85% ethanol and 15% gasoline), firstly, it drives bad, and secondly, it “eats” significantly more. Yes, bioethanol is cheaper than gasoline, but not by much. You shouldn’t think that you will save any significant amount with this fuel. It may even happen that there will be only losses. Depending on how to drive – the “green” orientation alone will get you only so far. Therefore, don’t be surprised that the introduction of a seemingly promising idea is accompanied by legislative regulation, for example, in the United States and Brazil.

It is worth slowing down and talking in more detail, because the introduction of bioethanol has gone very far in these countries. Brazilians have been very averse to fuel crises since 1973. And they are trying in every possible way to prevent them. So, since 1975, a large-scale biofuel campaign has been operating in the country. Therefore, it’s not surprising that 4.5% of Brazil’s area is occupied by sugar cane plantations, and most of the local cars can be classified with a clear conscience as habitual drunkards. A million Brazilian workers produce more than twenty billion (!) liters of ethanol per year.

The economy of this country can’t be called dependent on oil in any way. Brazil fully provides itself with fuel and electricity by growing and processing sugar cane. All this is certainly pleasing, but there is a place for ubiquitous tar in a barrel of alcohol. For the sake of new plantations, Brazilians are cutting down the Amazon forests. You can call it a strange and short-sighted policy, but to put it bluntly, it is a real idiocy. How to live without the “lungs of the planet”?

A similar situation is developing in the United States. In recent years, investments in research on the production of ethanol alone have exceeded $12 billion. And this is just the beginning. 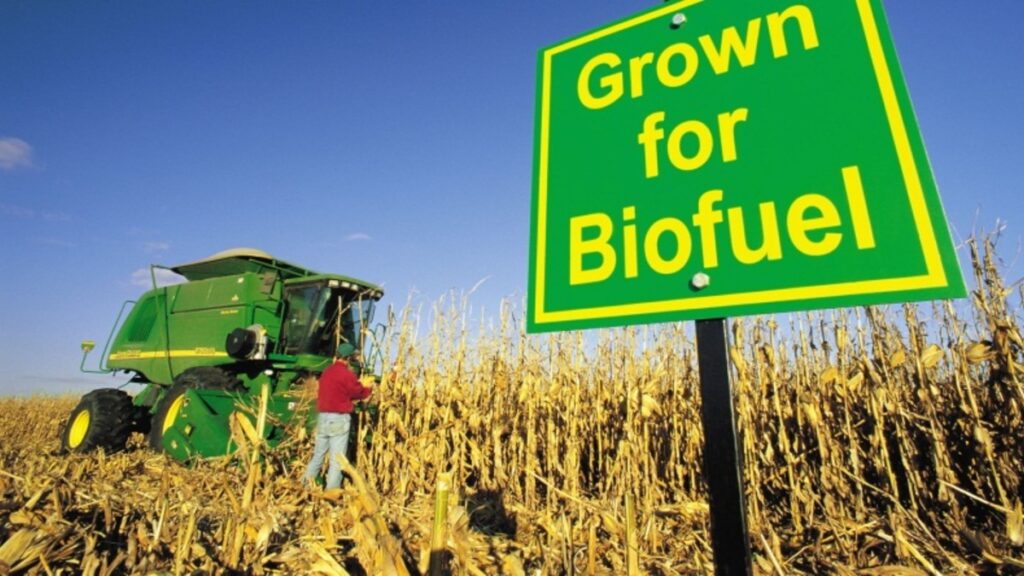 Although there is a lot of ethanol produced in America, it is still slightly less than in Brazil. However, it is made not from cane (it doesn’t want to grow in the United States), but from corn. This option is less effective, and therefore, the cost of the American ethanol is higher than the Brazilian one. Nevertheless, the program is actively promoted by the authorities of many states, and “corn” Illinois is no exception. New requirements are being adopted for gasoline fuel, which must contain 10% ethanol (this proportion is safe for traditional engines).

Will the Americans achieve their goals? What is the future of this whole bioethanol thing? So far, everything is vague. One thing is clear – it’s unrealistic to count on a total transition to alcohol engines. If we assume one hundred percent efficiency of the refining process, then in order for the United States to convert from oil to ethanol, 75% of agricultural land of our planet needs to be sown with appropriate crops. Roughly speaking, if the entire Moon is planted with sugar cane, this will not be enough.

Mass cultivation of crops for the production of ethanol will inevitably have a significant impact on agriculture. Farmers are not fools – since the demand for corn is growing, they will sow it wherever they can. And who will think about the millions of starving inhabitants of the Earth? Therefore, many researchers are indignant, arguing that “growing” biofuels at a time when people have nothing to eat is a low, mean and generally immoral occupation.

However, any criticism should be treated with a sufficient degree of skepticism. Biofuel programs themselves are quite reasonable and, if implemented correctly, can bring tangible benefits. People should only keep in mind that the widespread introduction of ethanol will have a tangible impact on the global economy. And, of course, there will be those whose interests will be affected. Example: the so-called “tobacco kings” summit of 1988, where the bosses of the largest companies discussed how to neutralize the WHO’s anti-smoking policy. And is there any guarantee that all those who have felt a threat to the oil business are not taking such actions now? After all, whatever one may say, the introduction of biofuels is not so much a scientific and economic issue. This is where big politics comes into play. 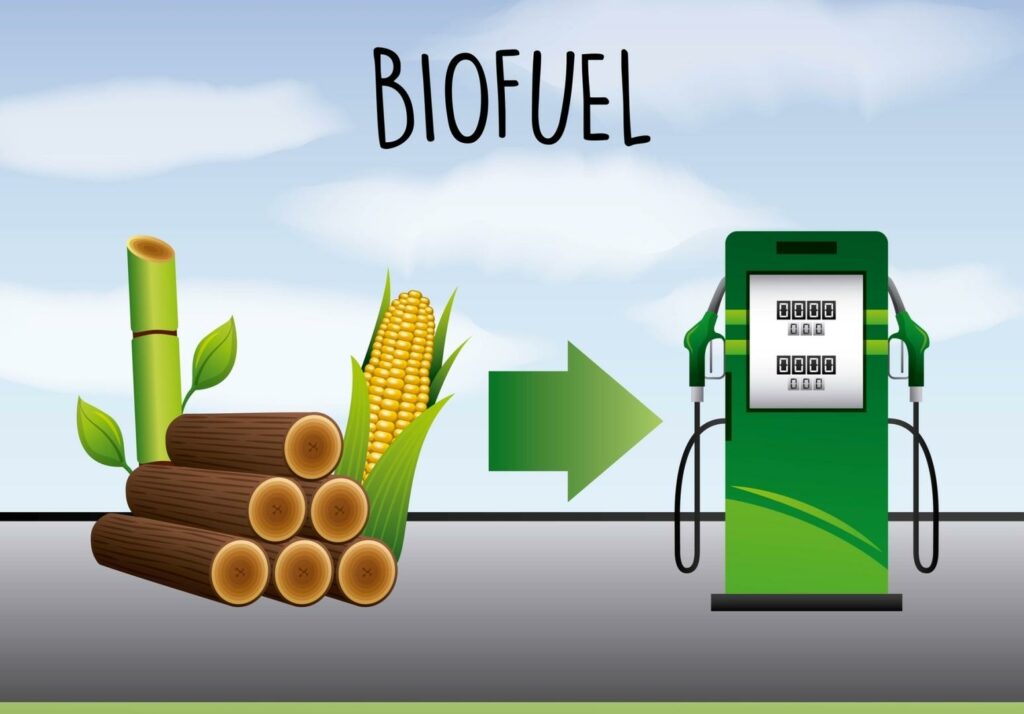