The proper microclimate in a car interior is not only a matter of comfort. If the temperature in the cockpit rises from 25 °C to 35 °C, the driver’s reaction time increases by about 20%. For example, SEAT believes that an “overheated” driver is dangerous to the same extent as a drunk one with a blood alcohol content of 0.5 ppm. In addition, climate control systems help keep car windows clean. All this is an issue not only of comfort, but also of safety.

The paradox is that the power of heaters and air conditioners reaches 8-10 kW, while it is necessary 50-100 times less to maintain a comfortable temperature of the human body. The fact is that the main energy has to be spent on heating or cooling of the car itself, in particular the interior elements. About a third of the passenger’s body surface is in contact with the seat ― that is why heating or ventilation (cooling) of seats at low energy costs gives a great effect. But in any case, the climate system must supply at least five to ten cubic meters of air per minute, depending on the size of the car.

It is considered that the most comfortable temperature in the cabin is from 18 to 22 °C. This is an average value, because the place closer to the floor should be five to eight degrees warmer than in the head area. This is our physiology. After all, it is not without reason that your grandma put warm socks on you as a child: first of all, you need to warm your feet. And as for the summer, it is most effective to cool the chest, back and arms. Therefore, the main flow of hot air should be directed downwards when heating, and the cold flow in summer – into central air vents. By the way, the rear part of the cabin also cools down most effectively with their help.

The numbers you set on the automatic climate control are just a kind of conditional comfort index, and not the exact temperature in degrees Celsius. People have their own habits and ideas about comfort in different parts of the world, and car manufacturers take this into account. The same actual temperature in the cabin can correspond to 20-22 degrees set on the control panel of a European car and 22-24 degrees ― in a car of an Asian brand. Therefore, having moved from Volkswagen to Nissan, don’t be surprised that you are cold at the usual number 22 on the display.

Manual control of the blowing direction is also somewhat of an illusion. Even if we are talking about a car with a direct mechanical control of the heater, for example, moving the handle to the “legs” position only means that the main air flow will be directed down. 10-20% of the air will still be supplied to the windshield and side windows, so that they don’t fog up, and the temperature difference between upper and lower layers doesn’t become uncomfortable. Now almost all heaters and air conditioners are quite powerful, and the difference between bad and good systems lies precisely in the nuances of such fine settings.

Separate climate control is an absolute advantage. However, the same name hides systems of varying degrees of perfection. In low-cost cars, only the temperature can be individually changed. A driver who needs to defrost side windows will inevitably take the heat from passengers’ feet. Advanced systems also allow you to control the direction and intensity of blowing. And even fine-set the temperature difference by layers. 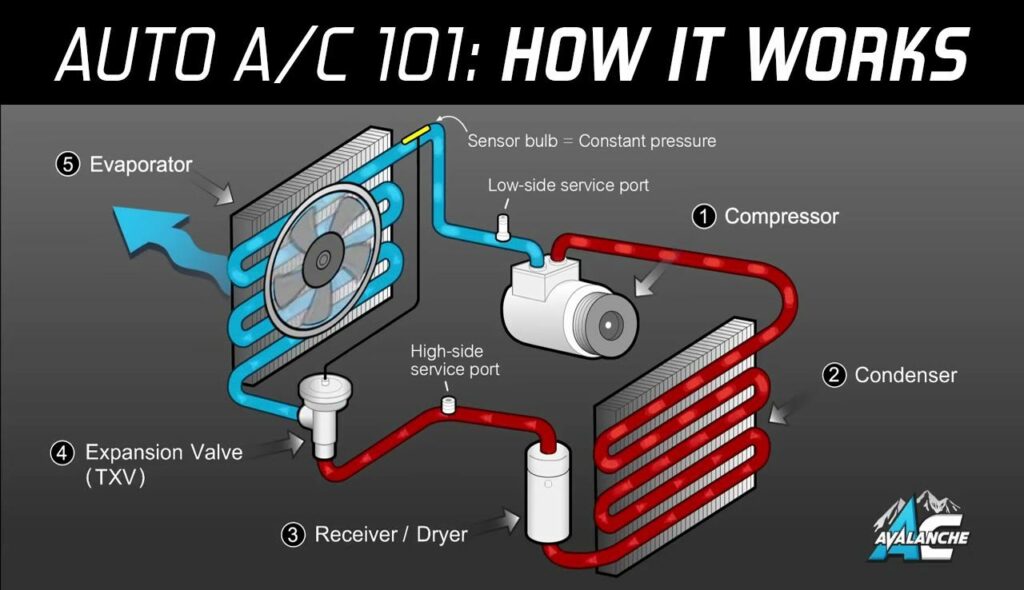 The “face” of climate control is its control panel. We believe that it should be organized logically and designed for gloved hands. It is good when, even in automatic mode, the display shows where and how the climate system blows, and not just Auto lights up ― this saves you from unnecessary manipulations. For Russia, for example, it is especially important that it is easy to turn on the air recirculation by touch ― the probability to “bump into” a smoky KamAZ or carburetor “Pazik” bus on the highway, without being able to overtake them for several kilometers, is very high. The only way to save yourself from soot and stench in the cabin is to close the recirculation flap.

Even the simplest automatic systems have a solar radiation sensor, because our perception of temperature changes when sunlight comes into contact with our skin. More expensive cars can have several such sensors. And also infrared sensors for windows (windshield and front side windows) fogging, air quality, carbon dioxide amount in the cabin, information from the navigation system, for example, about tunnels… Advanced systems estimate the temperature at different locations within the HVAC unit. In general, the temperature in the cabin is actually constantly changing ― but if the climate control is set up perfectly, we don’t notice it.

In most cars, the climate control works more adequately than the average driver who controls the microclimate manually. Those who regularly use a taxi probably know that only a few drivers understand what to do and how to do it. The most common mistakes are the supply of hot air not in the direction of legs, but upwards and complete shutdown of the fan. Lack of air exchange and incorrect temperature distribution in the cabin are a highroad to fatigue and loss of the already mentioned adequate reaction time. There is no point in turning off the fan: the climate system actually ceases to function at all.

Therefore, the most important advice: don’t interfere with the car’s working! Set a comfortable temperature index, press the Auto button and don’t touch anything. But first you need to allow the automatics to work as efficiently as possible – open all deflectors, don’t obstruct sensors and don’t open windows and sunroof. However, if it is not hot and there is no danger of windows’ fogging, you can manually turn off the air conditioner. Many modern compressors adjust their performance smoothly and don’t increase fuel consumption as dramatically as they did 20 years ago. However, you can’t fool physics: the air conditioner still gives you a few percent increase in consumption.

Modern HVAC (Heating, Ventilation, Air Conditioning) units – that is, the actual “combines” that prepare and supply air to the cabin – are designed for constant use of the air conditioner. The concept of “heater valve” is actually a thing of the past ― in most cars, the coolant circulates in the radiator of the heater both in winter and in summer. The heater is sometimes sequentially “embedded” in the small circle of the cooling system, all the liquid passes through it, and the heater begins to warm earlier and more intensively in the cold. This is done even on VAZ cars. But in the summer, the hot radiator, even closed by flaps, also partially warms the outboard air ― and the hand reaches for the A/C button.

In general, it doesn’t become easier to heat the car. The more efficient and environmentally friendly modern engines are, the less heat they give off. You have to resort to tricks in order to quickly heat the interior ― play with the ignition timing, use partial air recirculation and more expensive solder radiators. Electric engine heaters, once used only with cold diesels, and that are now necessary for fuel-efficient low-volume turbo engines, are effective.

These are not spiral heating elements, as at the grandmother’s dacha, but so-called PTC-resistors, where PTC stands for “positive temperature coefficient”. The heating element is made of doped polycrystalline ceramics based on barium titanate, and the point is that its performance itself changes depending on the temperature. They work at a temperature of about 270 °C, and the efficiency can exceed 90%! Usually, PTC-heaters with a capacity of about 1-1.5 kilowatts are used in passenger cars.

HVAC units almost don’t change structurally, but they are improved in small details. For example, they work quieter and more efficiently – thanks to brushless fan motors mounted on soft supports, as well as the special coating of deflectors. Start-stop systems cause the use of air conditioner evaporators with thermoaccumulators ― sealed tubes with liquid embedded in the core: so that coolness is available for some time after the engine is cut off. Deflectors, in which you can change not only the direction and intensity of the flow, but also its “focus”, are increasingly used.

New approaches appear only because of the increasing popularity of electric vehicles. Here, efficiency is required from the climate system. Five-minutes operation of the six-kilowatt heater of the Tesla Model S is enough to “steal” about three kilometers of drive range. It makes sense to use heat pumps, that is, “air conditioning on the contrary”, instead of traditional systems. 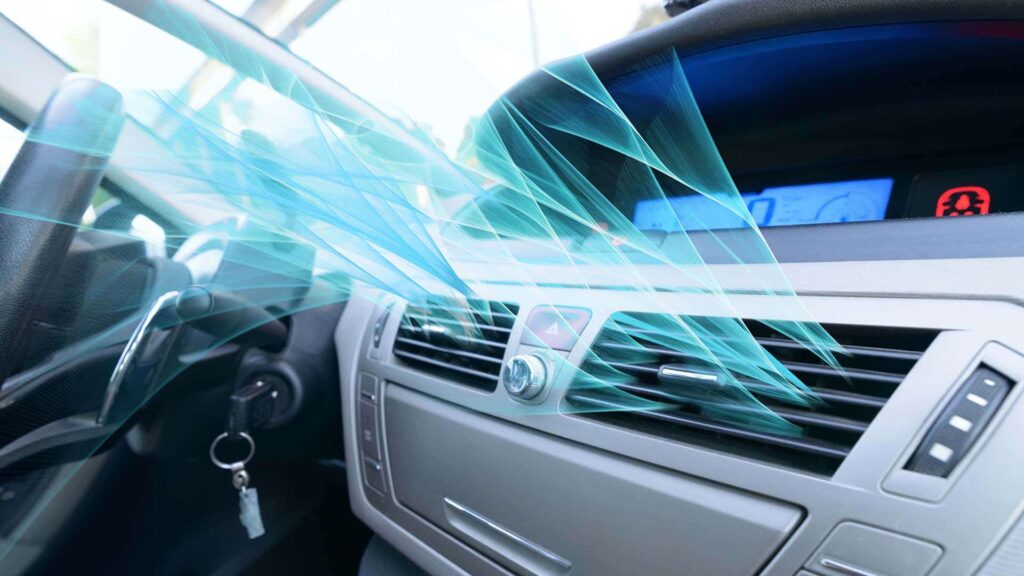 Manufacturers begin to save even in small things: the automatic system actively uses the recirculation mode, so as not to waste energy on bringing the air coming in “to the proper condition”. There are systems that disable air exchange in certain areas of the car body if no one is sitting there. In general, it is good when important systems are automated and take away part of the routine from the driver. The only problem is that fully adequate climate systems are found only in premium segments. And it’s not just the number of sensors or the power of the PTC-heater ― but also the settings and the experience of the automaker… Therefore, stay vigilant when pressing the Auto button.

Please type your email in the field below and click "Subscribe"
April 26, 2019 Car batteries: types and characteristics