Doubling down on the Lexus LC 500 for the right combination

The quarantine at Toyota forced us to wait until the middle of summer to change tires on the LC 500. At this point, the blue Lexus had sat in the garage long enough to fade the impressions accumulated over the winter. Once it has favorably highlighted the charismatic car. The atmosphere of the hostile season added heroism and scale to the exotic coupe. I was surprised by the balance, the slippery coating helped to feel the half-tones of the character. An illusion of serious potential was created, the disclosure of which I was looking forward to with the advent of heat. But the outcome was more prosaic.

It turns out that ideal conditions are unfriendly. If you describe the summer character of the Lexus with large strokes, the picture comes out contradictory. On the one hand, the LC 500 finally found its traction and went more or less quickly. On the other hand, it became troublesome. The regular RunFlat made the coupe more demanding on the quality of the road pavement. It’s nervous on the road with a noticeable lay, requiring taxiing. It strives to escape from a rut, which it did not notice on winter tires. 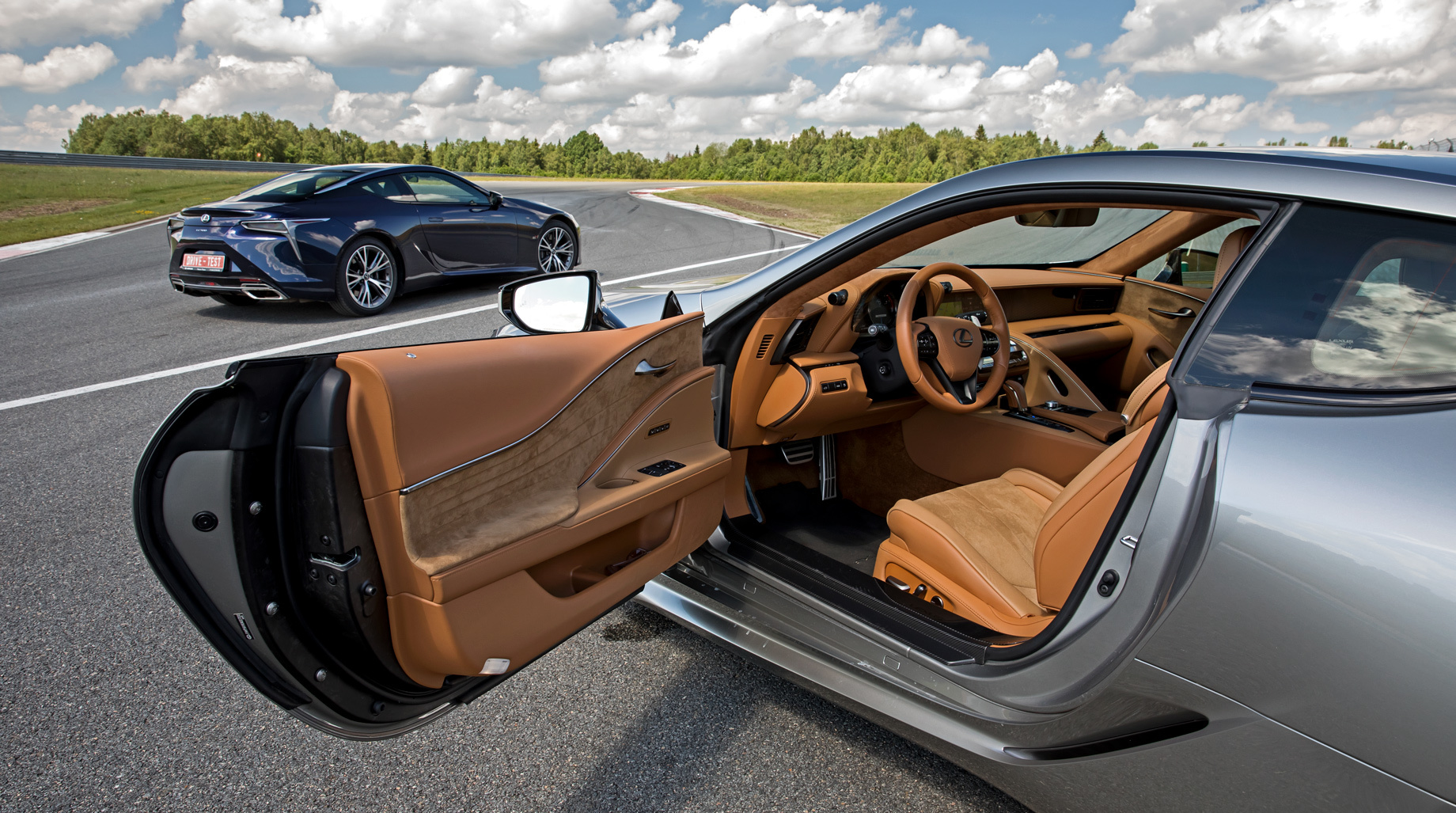 Ride comfort as a whole has not improved. It’s quieter without the studs, but the ride is noticeably affected, even on a car with 20-inch tires. And taken, to maintain the integrity of the experiment, the 2019 LC 500 with different-wide wheels with a diameter of 21 inches is even more restless and tougher. Upgraded shock absorbers with separate compression and rebound adjustment do not compensate for the reduction in tire profile and the increase in unsprung masses. The transverse joints make the silver Lexus vibrate more strongly and dance on a short wave.

Dynamics are not dizzying. The best acceleration time to 60 miles/h, recorded by Racelogic in a half-empty car at 20ºС (68ºF), is half a second worse than the passport one — 5.2 s. And it is difficult to achieve these five, and then reproduce… If, in winter, the hitch when turning on the kickdown could be attributed to the timidity of the traction control, then on dry land this ceases to be a good reason for an impressive pause before a jerk. It’s just that the ten-speed automatic gearbox takes time to drop five gears down.

At partial throttle, the ranges change neatly, which gives the impression that the aspirated engine drags from the very bottom. Look, at 80 miles/h in top gear, the crankshaft rotates no more than 1600 rpm. Touch the accelerator, blunted at the beginning of the course, and the Lexus will accelerate almost without a hitch. But this does not happen within one gear.

Smooth at first, the sound of the engine is amplified delicately, and you just don’t notice how you find yourself in seventh or sixth, and the tachometer needle rises to 3000 rpm. The dial is turned in such a way that the frequently used zone from three to four thousand is visually read as low speed. A little trick, thanks to which it seems to the driver that the car does not strain.

Fortunately, the “eight” 5.0, which really carries only three thousand, fits into 3,5 gallons per 60 miles according to the gas station bill in the “deny-itself-nothing” mode. If there’s any mystery about the summer Lexus, it’s attributed to efficiency. Not without the help of combined injection, the Japanese managed to achieve an unusual combination of efficiency with demonstrative brutality from the aluminum V8 engine. The LC 500 growls like a voracious one. And in a luxurious voice lies the lion’s share of the charm of the coupe.

Another strong point is flat road handling, where you do not have to fight with a skittish car for the choice of a trajectory. The ideal asphalt of the race track temporarily rehabilitates Lexus. We are not here for timed races, but to explore the limits under controlled conditions. Even on a typical suburban turnaround, the Potenza S001L allows the big silver coupe to develop 1.2 g of lateral g-force according to Racelogic. The civilian Turanza of the blue car gives in a little earlier. Given the almost two-ton mass, it is better to squeeze all the juices from Lexuses outside public roads.

A dry track shows that the behavior of the LC 500 depends not so much on the wheels, but on the mode of the stabilization system. When enabled, it blunts the initial response when changing course, making it understeer, and neutralizes the tendency to skid inherent in the kinematics of the chassis. At the same time, the moment of powering up full controllability, noticeable in winter against the background of subtle transients, is not felt at all.

Without the collar, the Lexus is better balanced. Responsive, sensitive to the dynamic redistribution of mass along the axles, playful and not too strict on mistakes. The steering wheel is always perfectly loaded… Even after driving sideways all winter, I’m a little surprised how accommodating the LC 500 drift car is when it has a grip. The 2019 coupe, with its wide rear tires, is nicer to drive in high-speed power gliding on dry land, while the blue car is fun to throw into rhythmic skids in the rain, thanks to more gentle stalls and stabilization. 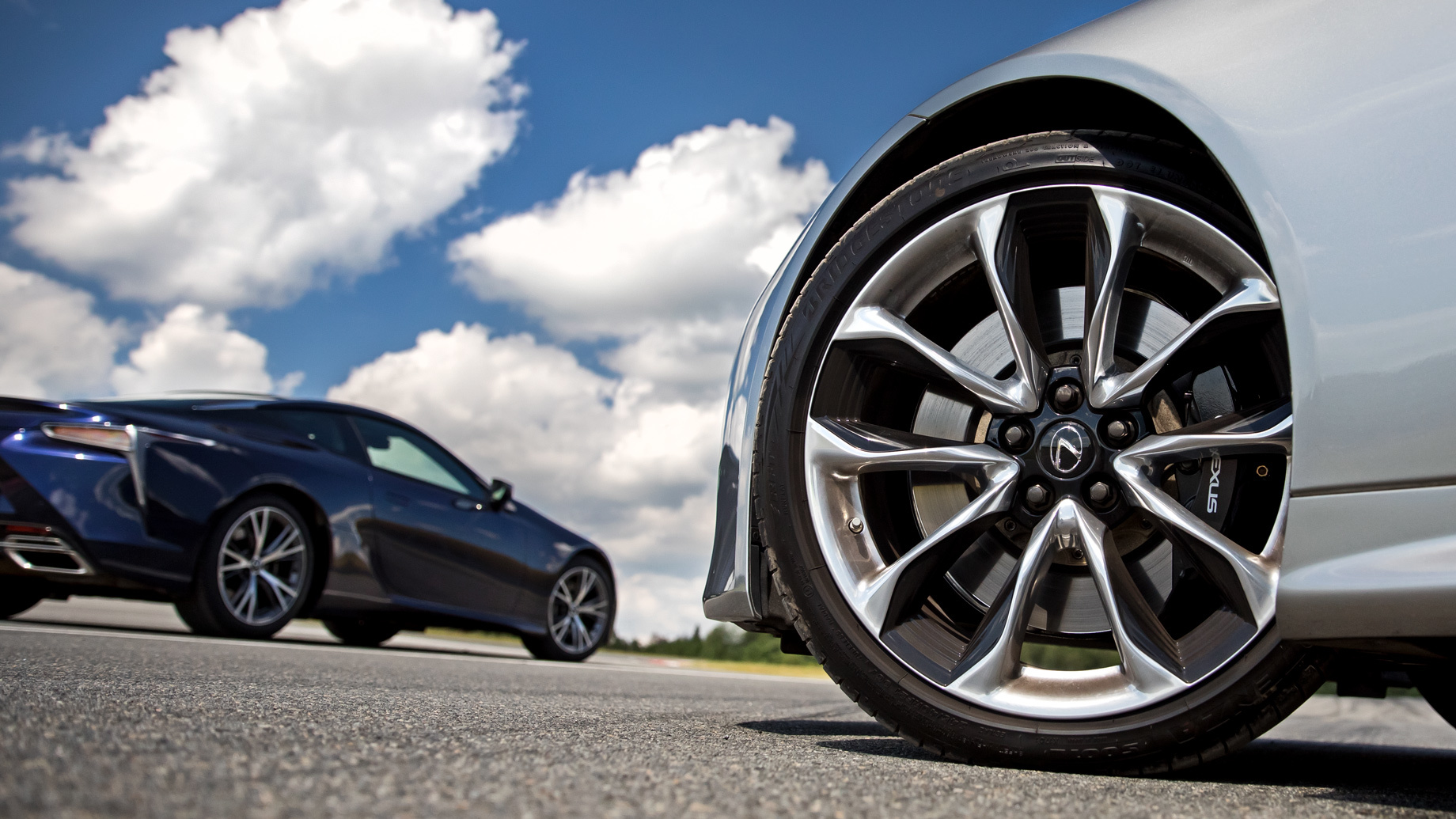 It is not necessary to put our test driver behind the wheel to make sure that the brakes are not able to maintain the pace on the track for any long time that the chassis and power unit are capable of, which does not show signs of overheating. But the logic of the ABS does not raise questions. Even on rough roads. And the complete stops from 60 miles/h, which can be called standard, the LC 500 performs with a stable result. The path covered from the moment of impact on a weakly vibrating pedal differs depending on the tires by a couple of feet…

Even after using a set of tires for a fun drift, I can’t help feeling that the LC 500 was more interesting in winter. The theme of opposition to nature is excluded, and communication with Lexus emotionally passed. When you don’t have to resist the odds, but just do the routine and be a car, the LC 500 raises a number of questions, in particular with suspension settings. It no longer seems special enough to put up with prices.

I do not consider it necessary to change the conclusions made at the end of winter: the LC 500 deserves a place in history. However, if our test had begun in the summer, the degree of romantic pathos in my story would probably have been lower. Lexus needs to carefully select tires — they greatly affect the impression. Factory equipment reminds of a Gran Turismo until the first bump. Winter allows the “Japanese” to disguise itself as a sports car — alas, the rolls and the amplitude of body movement are too big on dry land, and the shock absorbers lack energy intensity. 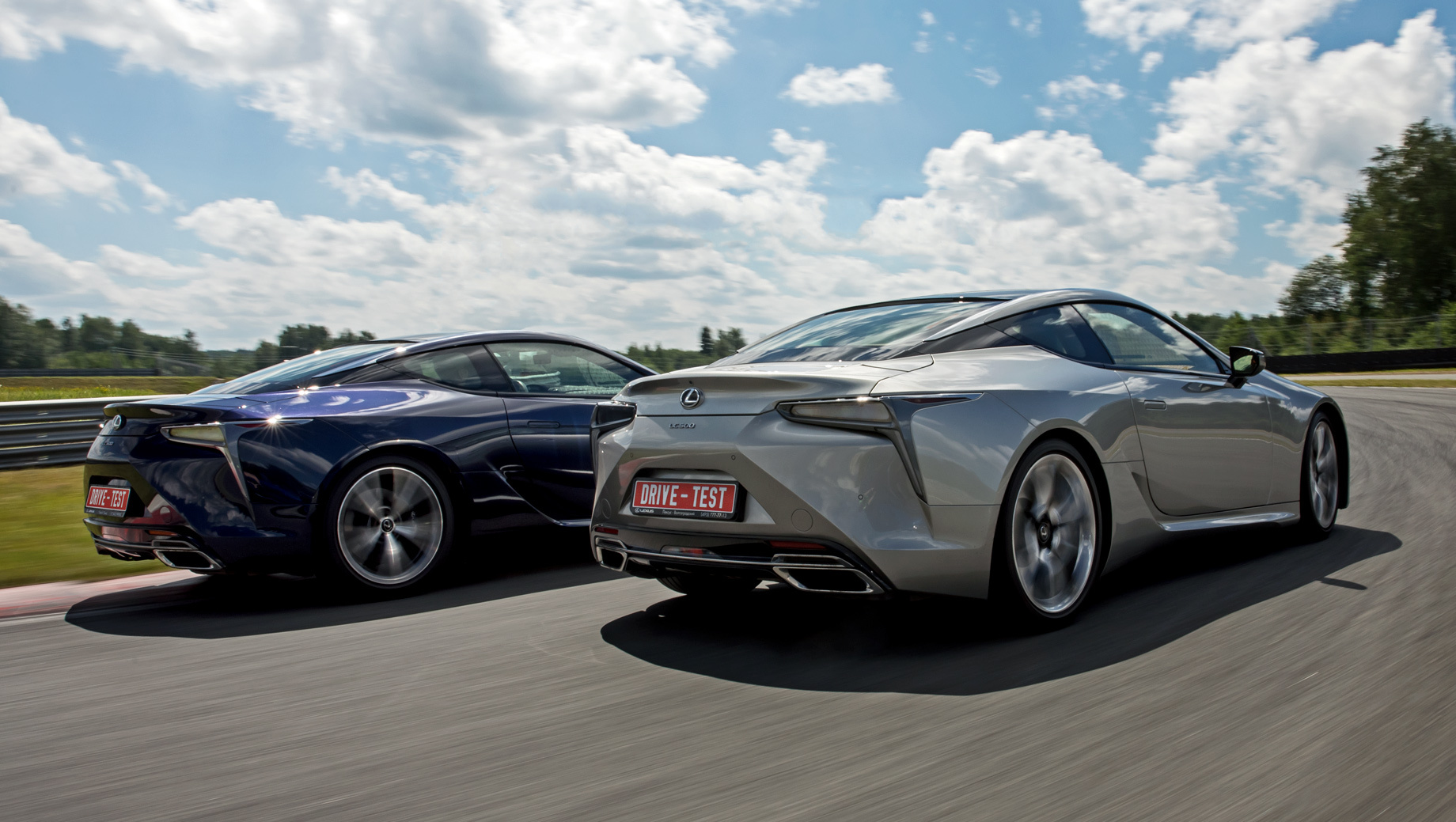 There is speed in general, and a decent road allows you to even have fun. As our test driver says, if you drive along the Rhine, on the way to a good restaurant, you can go to the Nürburgring, make a circle at your pleasure and overtake some hot hatchback. From the lips of someone who switched to a two-ton LC 500 straight from the GT3 RS, this slightly condescending assessment sounds like a generous compliment.

Please type your email in the field below and click "Subscribe"
May 20, 2021 Advanced and intensive driving courses

August 25, 2022 Rediscovering the Cadillac XT5 after switching to supercharging 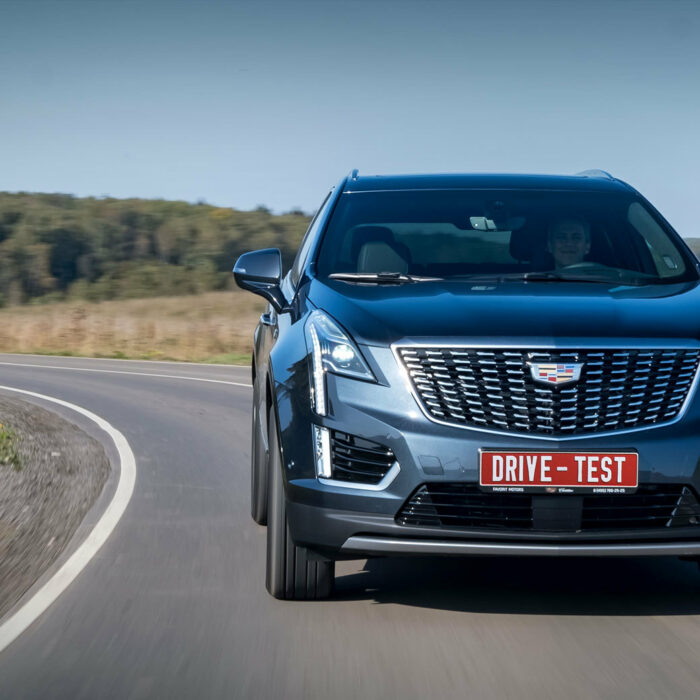