Slowing down a rendezvous with the updated Mercedes E200

Again, there is a pre-production car in our test, as was the case with the GLE Coupe. I have no reason to reproach the Mercedes press office with malicious intent, but you will agree, it is difficult to imagine a more convenient tool for correcting the results of journalistic tests. The shortcomings we found can be easily attributed to the features of the experimental, in addition German, assembly.

The report you are reading was planned only as part of the test, but in the end it turned out to be the only and final chapter. At the end of the first day, the parking brake of the E jammed after washing. Has anyone encountered this? The representative office explains this by a software error. After drying out, the sedan went for diagnostics on its own, and didn’t return during the next two days at first allotted for expert evaluation and photography. Our first and only case, according to Mercedes, required software updates at an authorized service center. 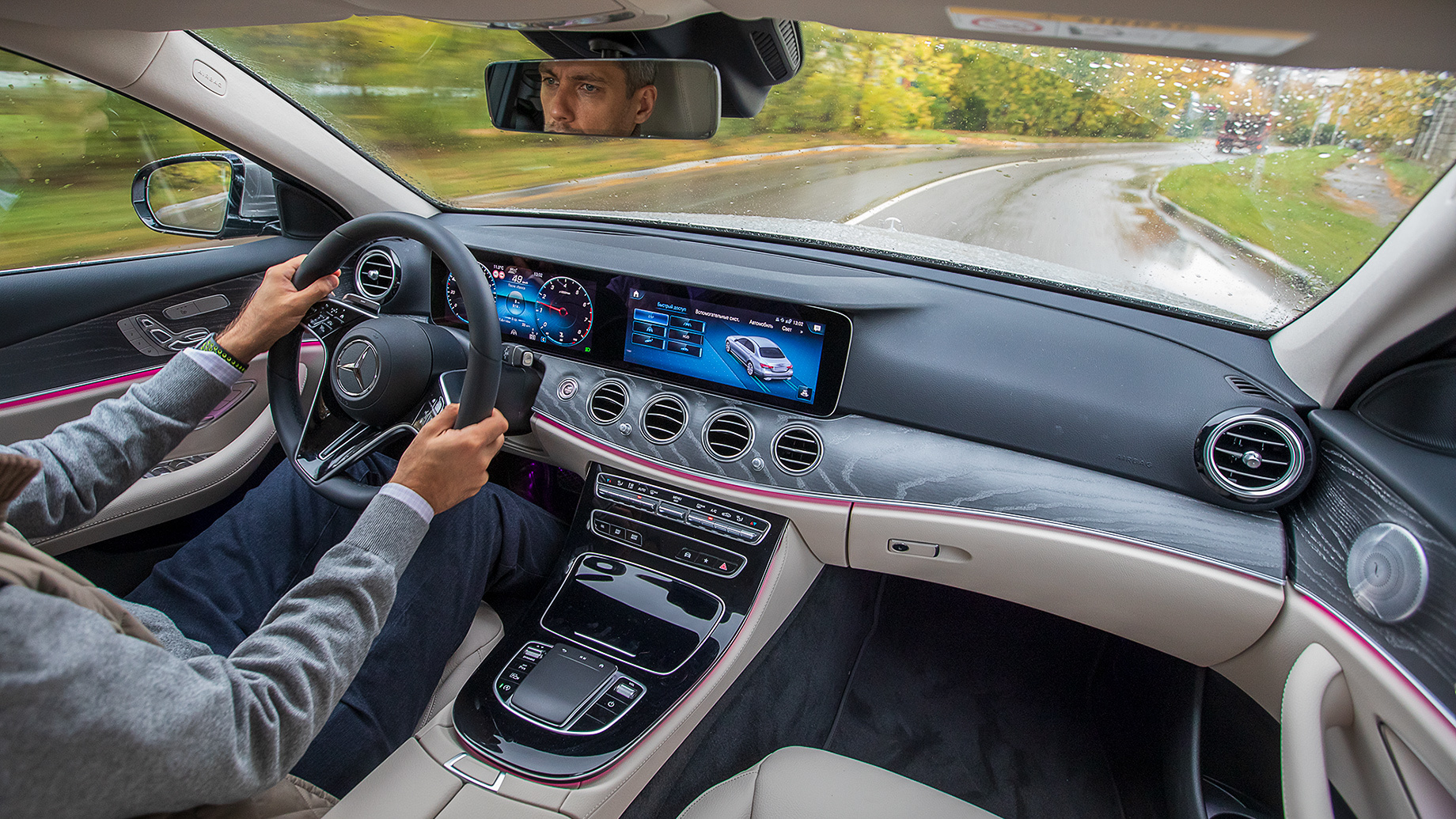 However, it’s even good that I’m limited to the blitz by chance. Not because it is enough a few hours for a flat driver’s seat to leave a memory of heaviness in the lower back. There is simply nothing much to kick about here: the volume of changes is small and is primarily facial at the consumer level. Instead of discussing restyling in a vacuum in detail, it’s better to wait for the updated BMW 5 and conduct a comparative test. So far, the E-Class has had no luck in confrontations.

We arranged them twice, and each time a Mercedes turned out to be on the wrong suspension. Now the choice is simplified: all E models are equipped with single-tube amplitude-dependent shock absorbers, known under the marketing name Agility Control. Three types of springs are offered for them: standard steel, shortened, and gas. The last two options are available only to rare buyers of an expensive version of the E200 — Intelligent drive, like ours.

Dealers call Sport, among “physicists”, and Business, which is popular as a taxi, the most popular four-cylinder E options. They have fixed prices for a reason: now nothing can be added to package configurations of both cars. You choose only the body colors. In my opinion, taxi drivers benefit the most from restyling: even their E-Class received a digital dashboard. No one will miss short analog scales in a ridiculous glossy frame.

We didn’t manage to take measurements. Subjectively, the dynamics of the E200 hasn’t improved radically with the move to the M264 modular turbo-four, which produces 197 hp instead of the previous 184. The peak torque increased by 20 N-m to 320, but moved higher in engine speed. The Mercedes is well prepared for the city, but it is still weak for the highway. And yet, the increase in the torque is enough so that I don’t feel the difference between an all-wheel drive sedan and, for example, a lighter “two-hundredth” E-coupe of my wife with the same M274 engine of the same volume. 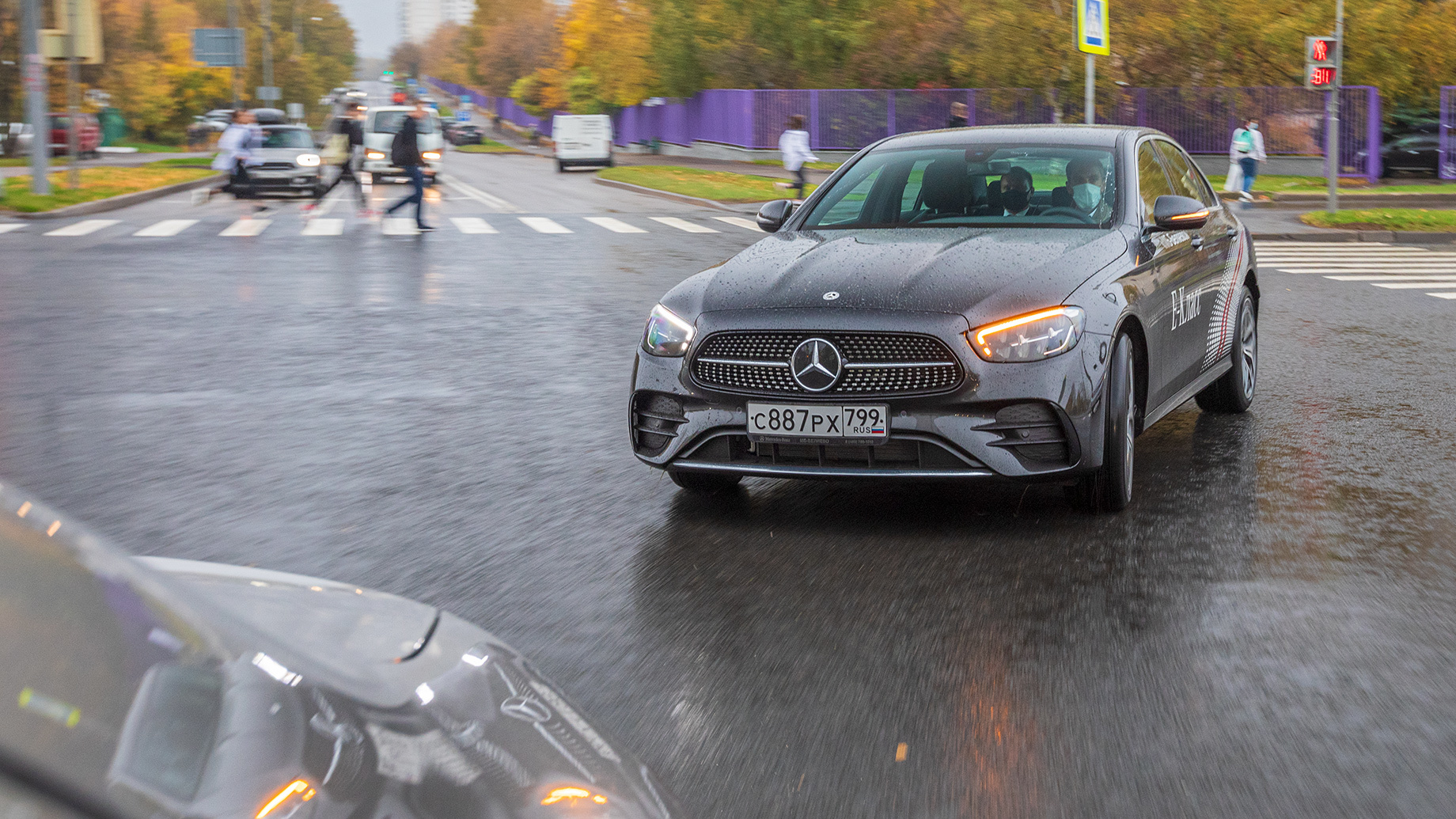 The similarity with the creaky hardtop has a negative side: convenience of acceleration control also leaves much to be desired. A damped accelerator is half the trouble, it’s more of a brand feature. But the nine-speed automatic transmission, which gets along perfectly with torquey diesels, is not always polite about a younger gasoline engine. It allows jerks when shifting up, and makes you wait for a long time during a kickdown. This tandem lacks the nobility to which the status obliges.

In the conditions of the urban blitz, neither brakes nor handling cause any questions: the E-Class slows down adequately and follows the light, overloaded with gloss steering wheel accurately, without unnecessary sharpness. Except that bumps in the turn force the E-Class to jump off the trajectory. I’ll dig in more detail if it comes to a comparative test… But I pay maximum attention to driving comfort in this format. The sedan is equipped with Run Flat tires by default. In our case, this is the Pirelli Cinturato P7 245/45 R18, the wheels are an inch larger than the base ones. They greatly complicate the work of shock absorbers when passing sharp bumps and joints, and also make a lot of noise.

Poor for a premium business sedan sound insulation is also aggravated by fixed equipment. The package which includes laminated glass and additional sizing of the arches with sound-absorbing mats is available again only for Intelligent drive design. Although I think that the replacement of standard tires will be the most effective means of increasing acoustic comfort. Surprisingly, even the 19-inch wheels of the Sport version buzz a little less. For comparison with it, I took our E200 to a dealer test drive, where I drove two Mercedes E on the same route behind the wheel and in a passenger seat.

Contrary to expectations, Sport is almost no more rigid. A microprofile is slightly more accentuated, but the car overcomes potholes more collected. According to the factory code, Drive and Sport are equipped with the same suspension. Therefore, I explain the slight looseness of our car with 680 miles of operation by its own resonant frequencies of wheels with a higher sidewall, as well as the peculiarities of vibration transmission through the hard filler of fully leather seats. Sport seats with combined upholstery filter out some of the repeated micro-vibrations.

Of course, both versions of the E200 are rigid and unnecessarily loaded with their own noise in the absolute coordinate system. It is enough to move to the car-sharing BMW 520i for a minute to put any doubts about this to rest. However, the E-Class W213 on steel springs won’t be more comfortable. And if your love for AMG styling forces you to choose from package gasoline E models, you shouldn’t worry about Sport: you almost don’t lose in smoothness relative to the set version, which is more expensive.

Analyzing the E-Class log books, I see that the Mercedes buyer is not blind and loyal to the brand, sometimes despite his own experience of ownership. People notice everything: the lack of comfort, the cost of dynamics’ living with a rather huge appetite of the turbo engine, the compromise quality, and the high cost of operation.. Especially revealing are posts about cars sales, where the results of living together are traditionally summed up. Nevertheless, Benz often replaces Benz, one E often gives way to another, more powerful. 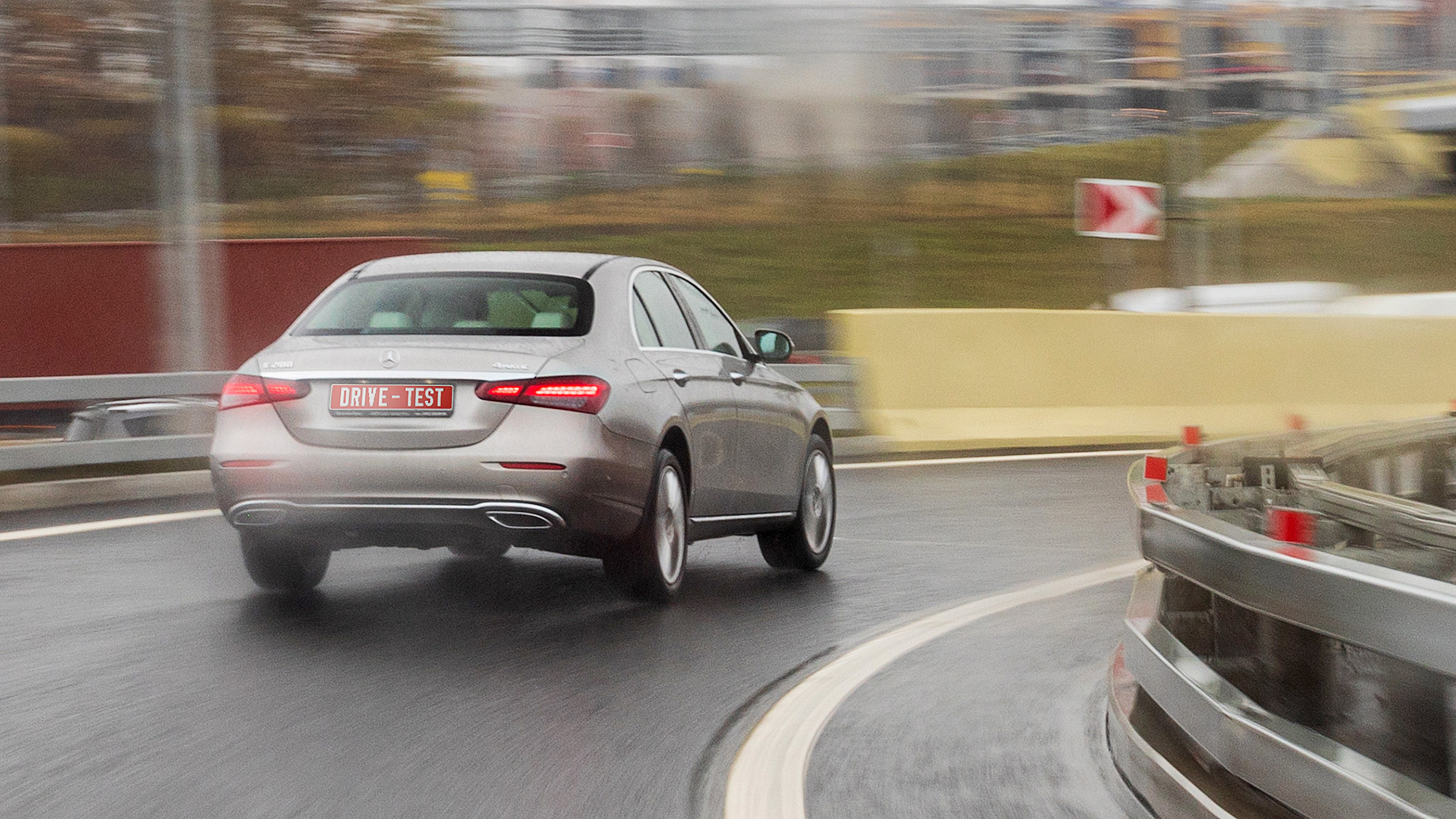 The middle class continues to step on the same rake, but, apparently, the brand of inventory is able to transform pain into pleasure. Clearly articulated disappointment in Mercedes and moving to competitors is rather an exception to the rule. The charms of this brand haven’t worked on me for a long time, but it clearly can’t do without magic. You can explain the leadership of the E-Class among sedans of the Big Three by changing shifts at the “Five”. But last year, the W213 was in such a situation itself, and lagged behind BMW by less than 400 cars with a final circulation of 6906 sedans and station wagons. What, in your opinion, explains the strong result of the car with a fair amount of weaknesses?

Please type your email in the field below and click "Subscribe"
April 26, 2019 Car batteries: types and characteristics