Obtaining a driver's license in Latvia

To obtain a driver’s license in Latvia, you need to go through several procedures that are familiar to anyone who already drives a car. The specificity of the Latvian moments that determine the success of driving training is presented in detail in this article. Let’s try to figure out where to start, how much it will cost, and how long it will last.

If you already have a driver’s license

When a person obtains a residence permit in Latvia, he can’t drive a car until exchanges his previous national driver’s license for Latvian one – of European type. At the same time, it’s not necessary to study in a driving school. Similarly, you don’t need to pass a theoretical exam. However, a medical examination and a driving test are not circumvented.

Medical examinations in Latvia are passed at the address indicated in the local (municipal) driver’s license office – CSDD. Only 35 euros and 20 minutes – and you don’t even have to take the result – it will immediately be added to a special CSDD database. Then you should pay about 30 euros and sign up for a driving test. Success in the latter guarantees you the issue of a Latvian driver’s license of the European type for a period of ten years. But you will have to pay again for the license form (card) – approximately 22 euros. Nevertheless, the category is automatically prolonged, for example, A (if the exam is taken for category B). It’s very convenient.

If you get a driver’s license for the first time

Of course, in this case, you start with training in a driving school. The cost of theoretical lectures starts from 500 euros. At the same time, driving school classes are strictly required. You mustn’t be late and leave classes earlier. Such severity is connected with the fact that sometimes CSDD officials check the attendance at a driving school, and if the number of trainees in fact turns out to be less than stated in online registration at the beginning of a lesson, a driving school can be fined and deprived of a training license. Therefore, you should immediately encourage yourself to necessarily attend all classes for usually five weeks or about one and a half months (twice a week).

Also, for 30 euros, a driving school provides three printed manuals (with road signs, questions and rules). Before you begin training, you conclude a contract for it. Then should take a first aid course (without a certificate of these courses completion, which is valid for five years, you are not allowed to attend theoretical studies). The first aid courses teach you the algorithm of action in case of accidents and car crashes, tell about the use of the car first-aid kit contents, etc.

Next, you take the physical examination, which was described above. CSDD issues a temporary driver’s license (it is called white in Latvia). But it’s impossible to start driving practice with this license until all theoretical classes have been completed and the theory exam has been successfully passed. Only after that you can choose your own instructor and within 20 hours learn the wisdom of driving. But if a trainee in a driving-school car is stopped by traffic policemen and doesn’t have a white license, the fine will be 60 euros. In addition, every hour of driving costs 25 euros – so trainees study conscientiously.

How to pass a practical driving test

When all classes with an instructor are completed and a training card with a note about it is received, you sign up for a driving exam. On the day of the exam, you come to the training center. You must pass driving test yourself through driving a vehicle of the appropriate category. During the exam, the inspector checks whether the trainee observes and fulfills the requirements, moving in the traffic flow, or not.

Driving test itself consists of the following components: 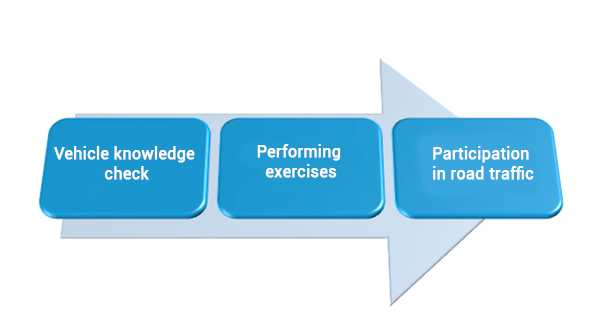 The instructor who taught the trainee has no right to take part in the exam. During the whole period of practical driving, there is a video fixation in the car.

The driving test consists of two parts, each of them lasts 30 and 90 minutes:

– the first part – the applicant confirms his knowledge about the placement of cargo in a vehicle or ensuring passenger comfort, the principles of ergonomics and the driver’s action after a traffic accident, and also performs exercises;

– the second part – the applicant drives the vehicle along the route, which includes various roads in built-up areas, as well as roads on which the maximum allowed speed is at least 90 km/h.

During the driving test, the inspector assesses the applicant’s skills and his ability to drive a vehicle and safely participate in traffic. The inspector assesses driving in general and takes into account the general impression of the applicant, which is created by a confident driving, taking into account road and weather conditions, as well as other road users (especially those who are less protected).

During the driving test, they fix all the mistakes that a student can make: 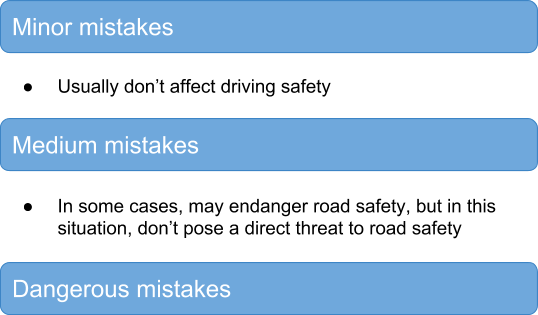 Dangerous mistakes almost always threaten road safety. As a result of such mistakes, in a particular situation, there is a direct threat to road safety. If this happens, the inspector stops the exam.

Driving test is not considered passed if the student:

2) made a dangerous mistake;

4) made more than five minor mistakes.

If the exam is passed, the driver who has been successfully trained is congratulated, and after a few hours he gets a European-type driver’s license. 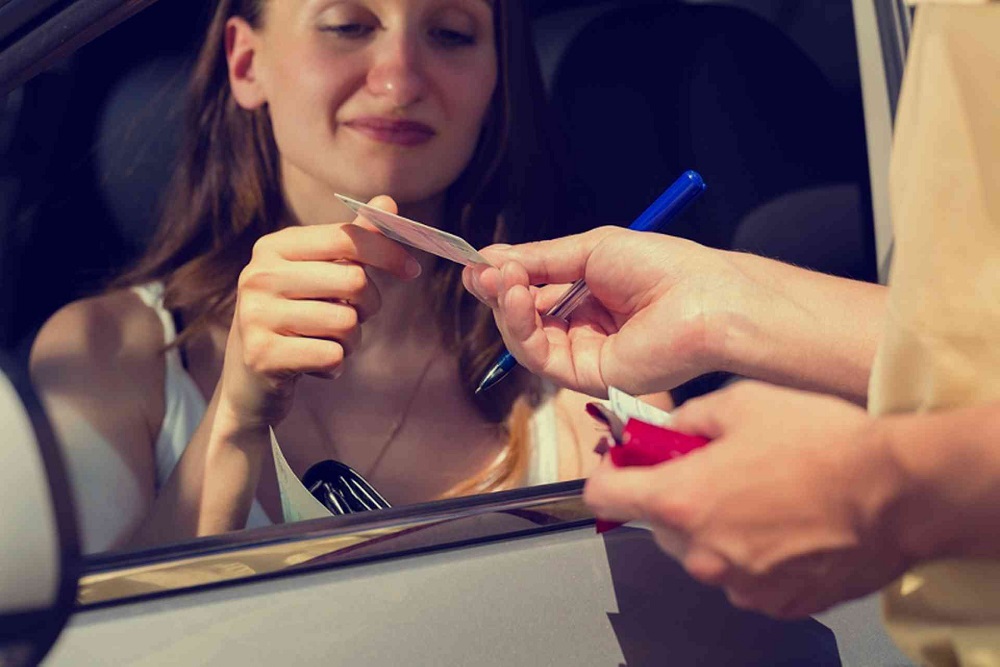 Of course, it is very convenient to drive on Latvian roads and highways of the European Union with a Latvian driver’s license. However, there are also other continents, and it is necessary to have an international driver’s license. Don’t forget to take it on the road, and if you still don’t have it – we invite you to process it quickly and easily on our website.