The character has not changed for decades — this is just about the Volkswagen Golf GTI, which has retained its good conduct even in the eighth generation. We paired it with a three-door Mini John Cooper Works. It has similar engine characteristics, comparable dynamics and starting price, and most importantly, a dislike for drastic changes. This is where the similarity ends: if the GTI protagonist sticks to the light side, then the imp from Oxfordshire is on the dark side with all four runflats.

An injection of adrenaline, pupils dilated from excitement and pleasure… This is how an average person imagines driving a Golf with three cherished letters. Of course, a high-torque turbo engine (245 hp, 370 N•m), a body crouched to the ground, large wheels and a bifurcated exhaust are all here. But, like its predecessors, the latest generation GTI relies on balance. 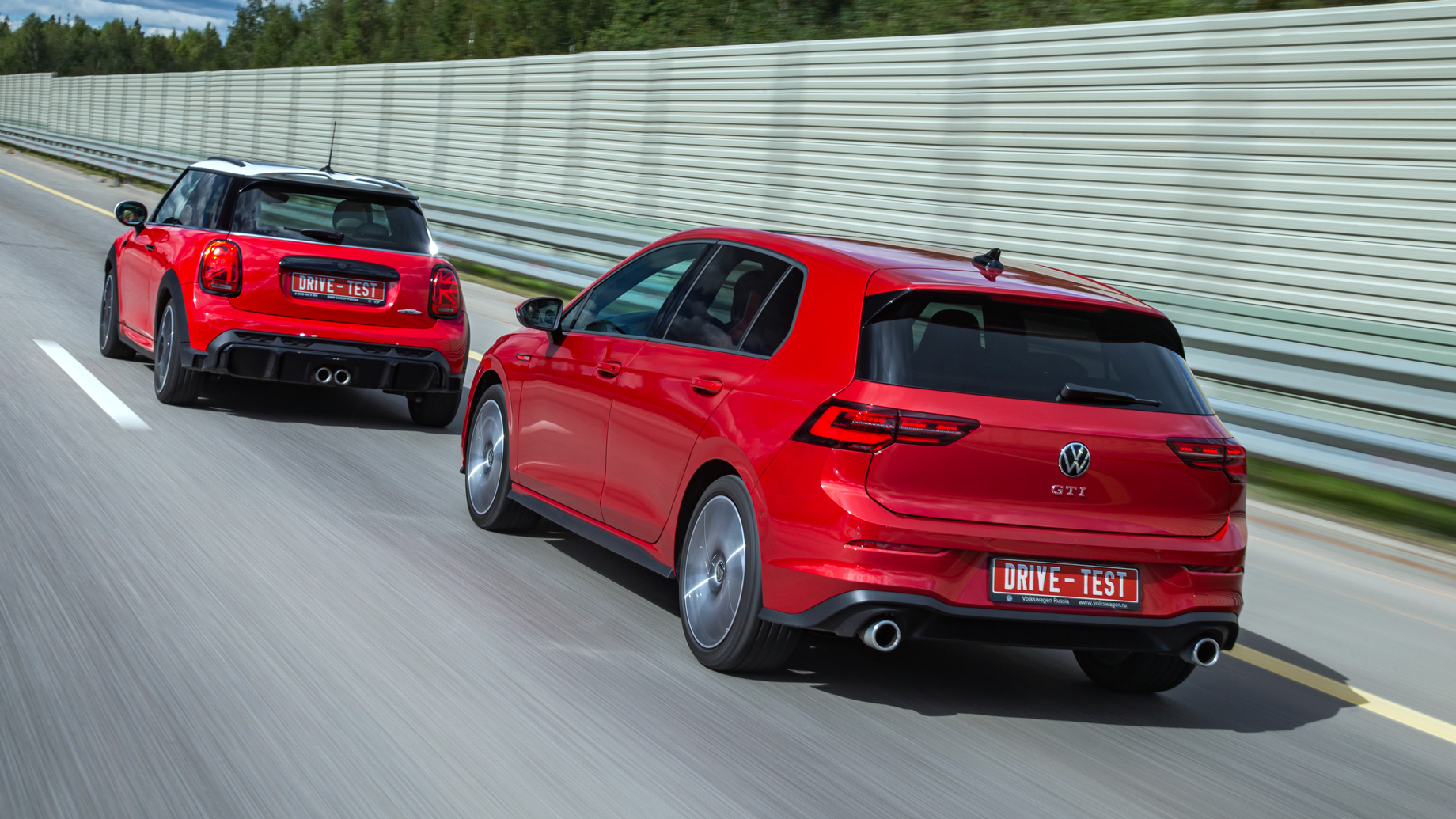 Landing in the Golf is optimal in geometry, the adjustment ranges of the steering wheel and the driver’s seat are wide, and there is no crime with visibility. Beautiful sporty seats are stuffed with relatively soft material and don’t press against the side support rollers. The Germans also tried to make life easier for the owner by arranging the physical buttons on the front panel. They did it, but as a result, the climate control and heated seats were in the multimedia menu. Inhumane.

The interior of the Mini after the digital GTI is a passing era. Buttons, toggle switchers, air conditioning knobs… Leather seats with diamond-shaped stitching resemble furniture from an old house, and the dashboard is only partially virtual. The narrow, vertical windshield and close-to-you A-pillars also seem to send greetings from bygone times. But they didn’t contrive too much at ergonomics here, and visibility is only slightly worse than Golf’s.

Even though we have the John Cooper Works version, the driver’s seat with adjustable cushion length is the same as the Cooper S version. The city seating position also reminds of a slower modification. However, the unpretentious-looking seat supports the body and hips well, and the back squab provides support for the shoulders, which is lacking in the Golf. The steering tube is adjustable in less wide ranges, like the seat, but even a corpulent person can get comfortable. 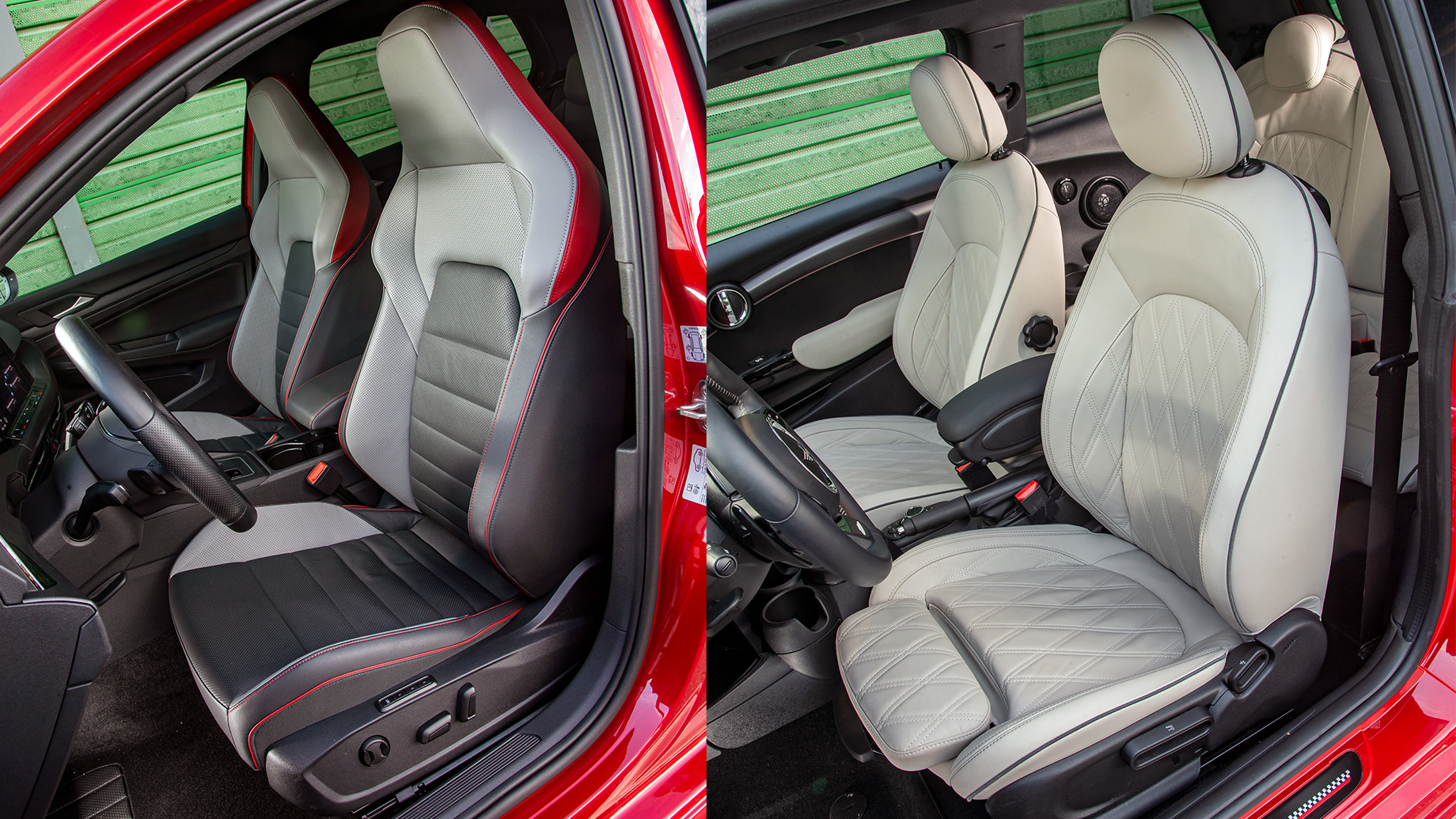 Previously, the engine start button in the Golf was round and located separately on the central tunnel. Now it is a rectangle in a row of its own kind. After pressing, it’s  calm. The two-liter engine wakes up prosily, diluting the silence with a muffled buzz. The exhaust system sounds just as inconspicuous even on an unheated car.

From the first meters, the sporty Golf captivates… with comfort! In eponymous powertrain mode, the GTI is courtesy itself. The reaction to the fuel supply is emphatically soft. The preselective robotized gearbox DSG DQ381 with a pair of wet clutches quietly goes through the steps and even at city speeds enters the orbit of the highest seventh gear. Though, because of this, the engine often runs at low speeds, leaving a deep low-frequency hum through the cabin. Only this is pressing on the ears, however the sound insulation of the engine compartment, doorways and arches is solid.

The chassis, lowered by 1/2 inches compared to conventional Golfs, smooths out road ripples well and rounds out larger bumps. The muscular suspension holds a blow even on frankly serious potholes, and not a single gram of disturbance comes to the light steering wheel. If you translate mechatronics into “Sport”, then the background force on the steering wheel will increase. Although the hatch won’t turn into a grinder, in our market the GTI comes only with a passive suspension.

We remain in the Sport mode, turn off the stabilization system, push both pedals down at the same time… And from the launch control, under the embellished audio system, the sound of the GTI engine reaches hundreds in 6.5 seconds. The backlog from the “passport” is only one tenth. But without emotions — a pause at the start, frankly sluggish first meters, is an attempt to catch up with a powerful pickup. It is much more pleasant to overtake slow-moving cars on suburban highways; the DSG, energized by the sport mode, quickly goes down, and the engine immediately gives the hatch a powerful impetus.

Steering response isn’t razor-sharp, but the Golf is quick and accurate through corners. The moment of loss of tires adhesion to the roadway is perfectly felt by the drop in effort on the steering wheel. And you can safely open even before getting out of the turn; thanks to the electronically controlled lock, which works in tandem with the stabilization system. Similar sensations were behind the wheel of the predecessor, but the higher skid came as a surprise. If earlier on dry pavement, in response to a sharp release of gas, the GTI could wag its back, now the car holds longer in sliding.

In terms of driver interrelation, the Mini JCW is the exact opposite of a friendly Golf. A cruel despot is enclosed in a motley three-door body. The engine barks loudly in the first second of starting, and the loud bass sound of the exhaust system scatters through the interior. In the literal sense, it becomes difficult even when leaving the parking lot, because of a monstrously heavy steering wheel! And the stone suspension with maniacal zeal counts all the stones. A little more, and I can even recognize cigarette butts under the wheels.

Mini forces to race, and I’m glad to be under this whip. A weaving section of a flat country road is like a sweet dream — if only it didn’t end! The suspension is dense, as if adjusted on hinges. The buildup and body roll are almost absent. The hot hatch rushes after the slightest steering deflection, as if you were moving a four-wheeled toy across the floor of a child’s room with your own hands. The thick rim, although pumped with effort, but at the right moment suggests that the front tires are about to break under the pressure of lateral forces.

In the Green and Mid (middle) modes, the 2.0 turbo engine grumbles with displeasure, but pulls perfectly from the very bottom, responding well to the accelerator. The most brutal begins in “Sport”, when John Cooper Works leaps forward like a predator even after a small opening of the throttle. And if you drown the pedal to the floor, then Mini, quickly changing gears and driving off with an exhaust, will show its minimum — six seconds to a hundred! Not only the declared timing is brought to shame, but the GTI itself. The difference in half a second is noticeable, but more importantly, JCW does everything selflessly. Like it ain’t no thing.

Alas, Mini John Cooper Works is always like this. Forget comfort. When you crave for peace and quiet, the British car will offer jolts, bumps and earaches. The wind is noisy in the area of the windshield pillars, low-profile tires are buzzing, the exhaust is constantly mumbling. In addition, on many roads you are involved in a struggle with a steering wheel that is violently torn from your hands in ruts. In such areas, the hatchback is controlled by the road, but not by you. 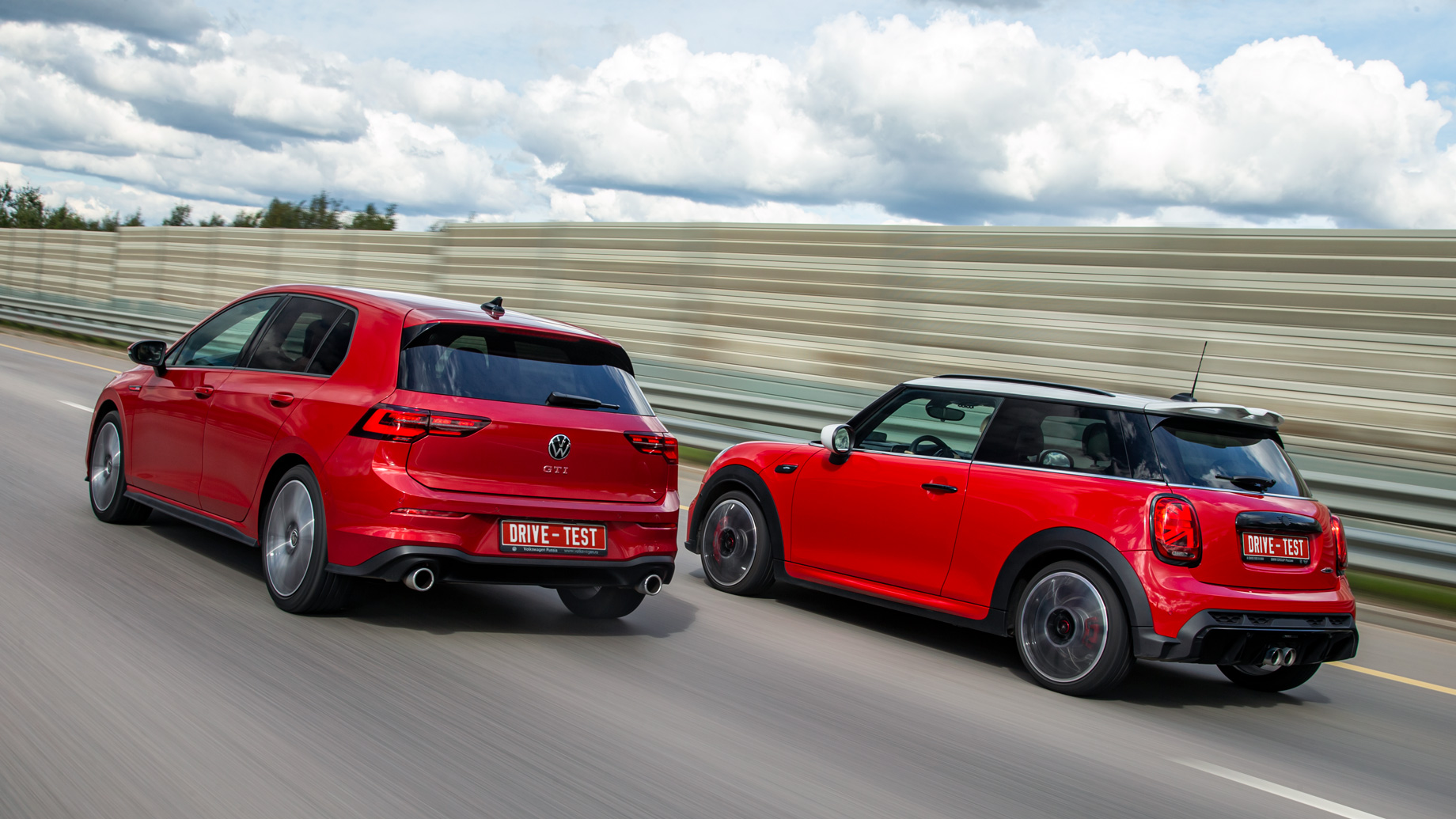 The sun is still high, the photo session is in full swing, and Nastya Korolkova asks to give her a comfortable Golf. She’s done with the Mini. I’m all for it! Even after a long day at work, I’m happy to go home by JCW. Rough, aggressive and so attractive. Stockholm syndrome? I’m sinful. I have a leaning for the car-tyrant. As well as a sense of deep respect for its obsessed creators. They are true to their principles, and the interesting JCW, as before, is only suitable for fans. Or perverts. The rest of people the hot hatch concept will scare away.

For such clients, the GTI is perfect. It’s not an eccentric toy, but a serious car. Perhaps even too serious. But it is easy to get along with Golf: it is universal, unobtrusive, comfortable and fairly fervent. In other words, it’s for everyday use. The way we are used to seeing it. In the current realities, even the price can be called proper. There are no direct competitors, but for a platform-based Octavia with a less powerful turbo engine (190 hp) and similar equipment, they ask for $ 24,000.

Please type your email in the field below and click "Subscribe"
September 22, 2022 Chasing fashion on the Chinese crossover Haval F7x 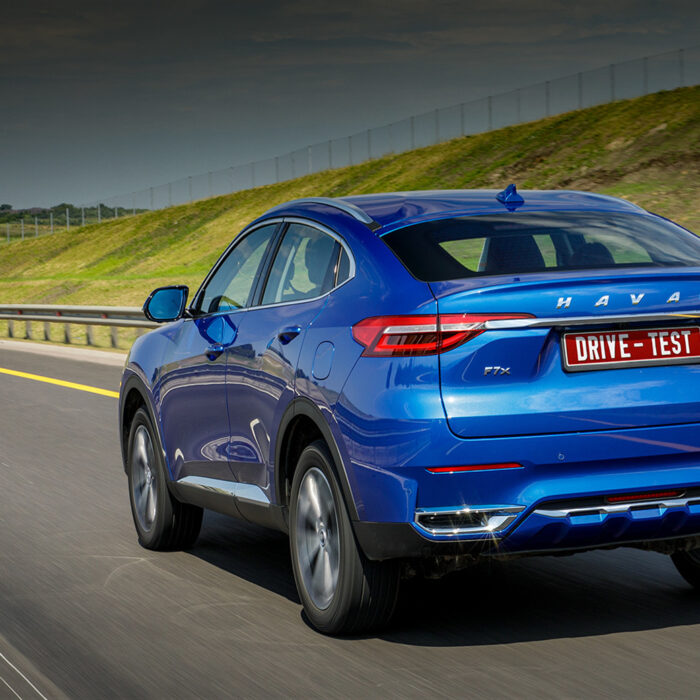