The segment of minivans (increased capacity five-seater wagons with the possibility of installing a pair of “trunk” seats) has actually died in many countries. The last to leave was the Citroen C4 Spacetourer/Grand C4 Spacetourer family. But the class of maxivans (let’s give this name to cars in which three full fledged seat rows are initially provided) is alive. I suggest you take a closer look at the Chinese newcomer GAC GN8, contrasting it with the Chrysler Pacifica, which hasn’t yet participated in our tests.

The Pacifica, an elegant large fish with a length of 5.2 meters, is sold per piece. The car has been produced since 2016. The first ones became three-year-olds and have already fallen under imputed customs payments. The market is full of options with mileage of about fifty thousand kilometers at reasonable prices. Ironically, the official Chrysler representative office gave us exactly such a Pacifica – produced in July 2017, with about 40 thousand kilometers on the odometer. This is good, you can imagine yourself as a buyer of a pre-owned car.

The top-end GAC N8 turns out to be between new and used Pacificas in terms of cost. The comparison is appropriate. They are also similar in form factor. Despite the more “bus” appearance, the Chinese car is close to the American one in terms of 2+2+3 seat arrangement and dimensions. Except for the Chrysler’s width which exceeds two meters!

This is partly why the Pacifica fascinates with the interior. You feel human, in the best American sense of the word, in any of the seven seats. There is a lot of space around – the driver’s elbow barely reaches the door. The interior trim is luxury, the thick steering wheel creates a premium feel. The front part of the cabin offers about a million different glove boxes and nooks, and cup holders with rubber clips were clearly created and placed in a convenient place by people who understand this issue better than anyone in the world. However, all this variety of elements creaks and crunches. Age?

All seats have passenger fit, with legs stretched. The fact is that the floor of the Chrysler is very high and double. Don’t believe it, but the second and third row seats are completely hidden in it. Anyone who gets acquainted with the Stow’n Go system for the first time remains in awe. I’m still in it: 25 seconds of operation of the third row electric folding drive, 10 seconds of manual folding for each second row seat, and there is almost four cubic meters of cargo area with a flat floor and walls in front of you!

The riders’ convenience suffers. All the seats are made stiff for the sake of compactness. Folding split seats of the second row with a cushion folded back are not adjustable longitudinally,  only in a backrest angle and an armrests height. They are too tight for a tall person, especially in feet and knees. This is despite the fact that, for the sake of those sitting in the back, the driver is also deprived of a longitudinal adjustment range:  with a height of 6’1, I choose almost the entire one.

You even manage to sit on the third row more comfortably than on the second: there is a place to stretch your legs, and the fit geometry is more correct. You can get to the back row either through a narrow “manhole” with the middle seats folded back (sliding doors are generally narrowish, too), or “on foot” through the passage between them. On the back “bench”, there are two sets of Isofix fasteners, cup holders, deflectors, shelves… But the filling is the most rigid, and, looking ahead, the road noise is quite loud here.

The recipe according to which the GAC GN8 in the top GT Premium configuration is tailored is somewhat different. Designers didn’t try to achieve interior space universalism here. There is no doubt that two passengers in the second row are the main ones in it. They have ottoman seats with adjustment in all possible directions, including lumbar support, with ventilation and massage. However, heating, individual displays with a player and a separate climate zone are also available in the Chrysler. There are no window blinds and folding tables in the “Chinese” at all, and there is one USB-A charger socket for the entire rear cabin.

Having played enough with massage, sooner or later you notice that the second row seats of the GN8 are cramped and comfortable only for people no taller than average. The third row is also not very comfy: you can get there only through the middle of the cabin, the banquette is narrow for three passengers and has a short cushion. Although two will fit fine.

Trunk and side doors of both cars are equipped with an electric drive. In addition to the ceiling buttons on the driver’s side, you can open and close them by means of a key fob. There are motion sensors on the trunk, while the Pacifica also has side flap ones. But the GN8 has original sensors built into their front seals along the entire length, which counteract pinching.

However, the GN8 has zero cargo capacity by the standards of five-meter “buses”. The bulky third row can only be folded forward, but not dismantled. Long timber or even a refrigerator that fits into many hatchbacks can’t be transported in the GAC. Is it not by chance that the Chinese don’t even publish data on the trunk volume on their home sites?

At the same time, the interior trim is no worse than that of the Chrysler, if you turn the blind eye to the “printed” wood of the central tunnel. There are soft panels, good leather, clear keys all around… But the entry-exit is a little less convenient, because sills are more noticeable – the Pacifica doesn’t seem to have them at all. And a fit behind the wheel requires you to get more used to it. A steering column is adjustable in two directions, but in small ranges, and in the driver’s seat, even after a couple of hundred kilometers, you don’t stop fidgeting in search of the best match of the backrest profile and your back.

However, the Chrysler is also not perfect for a driver. You want to lower the steering wheel even below the maximum. Visibility is acceptable, but mirrors are so much shifted backwards that, taking into account the large width of the body, you need to turn your head almost 90 degrees to look to the right one. The dashboard is beautiful and surprisingly readable even with a blue backlight constantly being on. But a mess with buttons on the console, a confused menu of the media system, and a small slippery rotary drive selector of the automatic gearbox are, to put it mildly, not everybody’s cup of tea.

The aspirated V “six” sounds noble, but it speeds the Pacifica off too zealously. The feeling of dynamics goes away with the increase in speed, and overtaking on a country highway is performed not with the ease that can be expected from a car with a claimed 7.4 seconds from 0 to 60 miles/h. I didn’t like the working of the nine-gear automatic transmission. Even with a moderate driving, a minimum acceleration from speeds around 50-60 miles/h forces it to shift down 2-3 gears, and it doesn’t want to do it without jerks. Although “long” higher gears really work for efficiency; I got no more than 2.9 gallons/60 miles, according to the on-board computer. 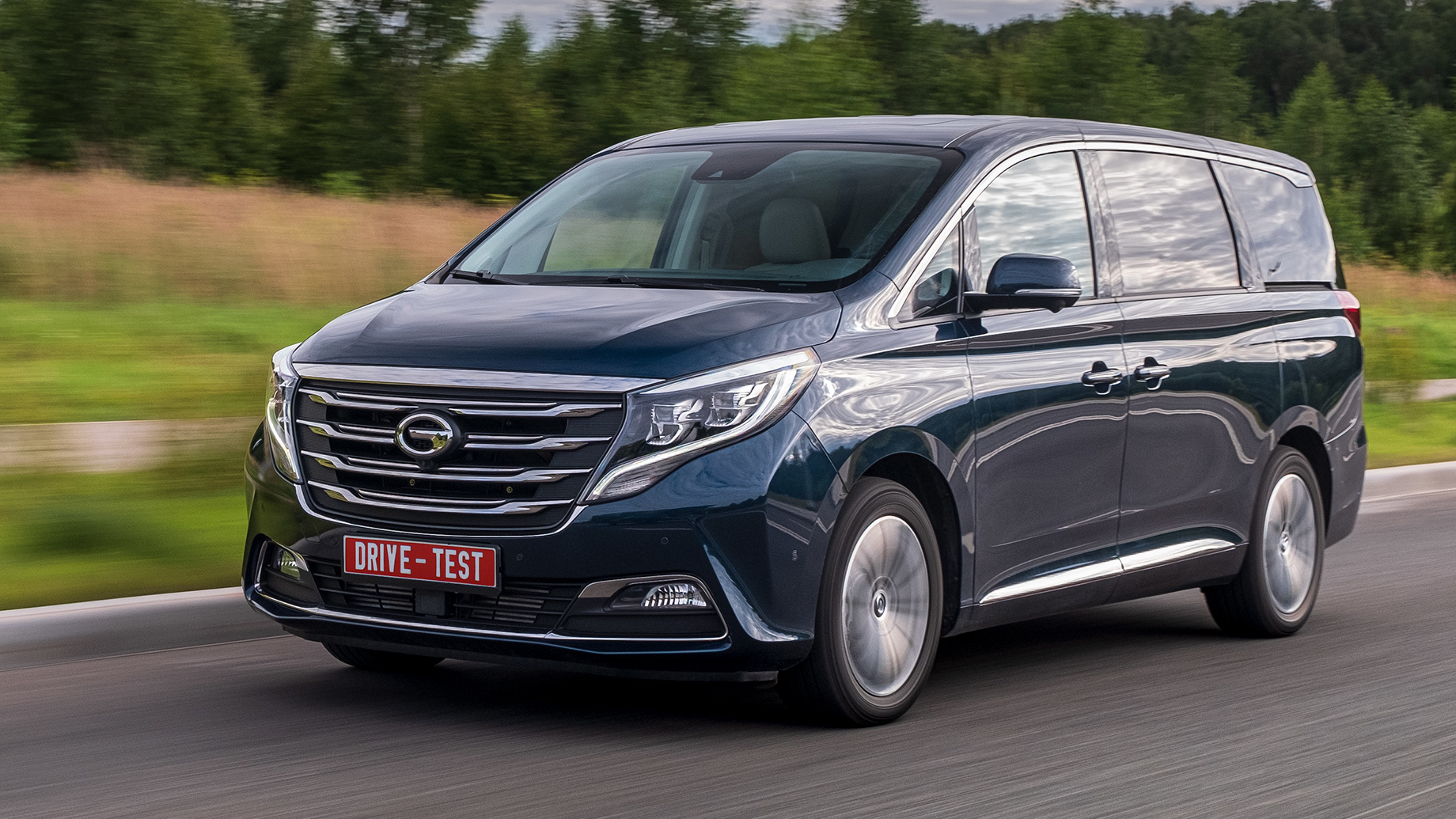 There is nothing to add predictability to the gearbox, because there are no Sport or Manual modes. There is only the L position for severe conditions. Steerability is not bad by “wagon” standards. The Chrysler holds the straight line confidently, the steering wheel is logically centered, ruts don’t interfere. Everything is also fine in turns if you don’t try to set speed records: rolls are moderate, a trajectory is stable. However, if you go faster, the steering wheel will fall into nowhere due to reaction thrust, and the front will start to slip out quite early.

The most memorable feeling from the ride smoothness is swaying to the right and left on roads with a changing cross section. It seems that you don’t sit so high, but it feels. There is something Mercedes-like about the way the Pacifica overcomes bumps. A slight swing on the waves is combined with a smoothed, but noticeable transfer of pits and joints to the body. A broken provincial road leaves a feeling of the suspension’s some flabbiness. Does the age and mileage of the test sample affect again?

Acoustic comfort is quite good: it is possible that the active antinoise system contributes. The engine is only heard during intensive acceleration. On a high-speed highway, everything is equal in the cabin – there is almost no clearly identifiable noise from the road and wind. And the noise level is so low that it doesn’t interfere with a calm conversation between the driver and passengers.

In theory, the GAC GN8 should be significantly slower – it has 190 supercharged hp from a two-liter engine versus 279 hp from the Chrysler’s 3.6 liters. Yes, after 60-75 miles/h, the “Chinese” accelerates more sluggishly. But it is much more pleasant to steer traction in the city. Reactions to the accelerator are a little thoughtful, but linear, and the Aisin six-speed automatic transmission does its job imperceptibly. A self-sufficient power unit can be cheered up with a sport mode or put to sleep with a winter one.

The GAC has smoother brakes. They, unlike those in the Chrysler, don’t hint at every slight deceleration that the unladen weight exceeds two tons. Steerability is only slightly less interesting, although the steering wheel makes the same 3.2 turns between end positions. The reaction force is understandable, the accuracy of maintaining the trajectory is good. Even despite a certain number of bumps coming to the steering wheel on irregularities, I like this chassis.

Working with pits and bumps is not bad. The larger the road defects, the calmer they are damped. The GAC suspension fits local destinations well. On flat streets, everything is not so rosy: patches and short waves of asphalt are transmitted hypertrophied. But the cabin is almost as quiet as in the Chrysler. Unless there are more aerodynamic noises at high speed. In general, the driving character of the GN8 is quite consistent with the purpose of the car. And it is more harmonious than that of the Pacifica.

The real trouble is only visibility. The windshield is narrow, and the sweep area is tiny. Both cars suffer from minor ergonomic flaws (the GAC also has a confusion of buttons on the tunnel) and media systems’ generally imperfect work. Both have various kinds of interference when talking on built-in phones. But the claimed clearance of the GN8 is 15 centimeters against 13 for the Chrysler.

The strengths of the Pacifica are versatility, a large and high-quality interior, and a pleasant design. The comfort of the passenger seats is not the best. While the perceived quality of the Chrysler somehow justifies the price, it drives cheaper. Just for the amount that they ask for a three-year-old. In this form, it is an excellent choice. The maxivan GAC GN8 is good as a car. Proper chassis and units, almost complete absence of Chinese roughness. But the compromise trunk and ottomans on the second row are not suitable for too many target groups – large families, for example. And will those for whom they are suitable turn a blind eye to the unknown brand?

Please type your email in the field below and click "Subscribe"
December 02, 2021 Why doesn't humanity drive on the same side of the road? 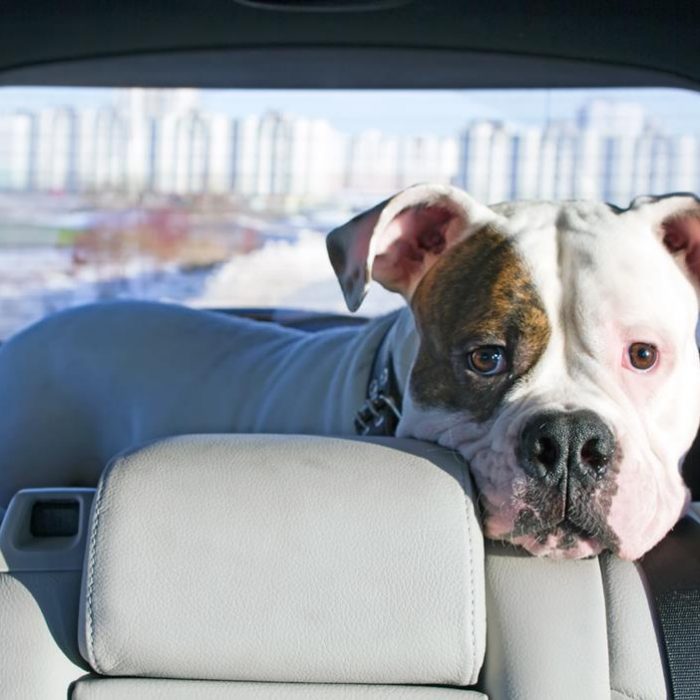