Variator: what kind of thing is this?

“A continuously variable variator is installed on the car” – many of us have come across such a phrase while flipping through car catalogs. Or you could see this word combination in a table of technical characteristics. Everyone knows what a manual transmission is (except Americans), everyone has long been used to an automatic gearbox too (especially Americans). But a variator is relatively unknown. But it is not a novelty.

You’ll be surprised to learn that this invention doesn’t belong to Honda or even Mercedes. The patent for the variator was issued at the end of the 19th century! Moreover, the first variator was invented in 1490. The good-natured bearded man Leonardo da Vinci was its author.

However, the first workable car with this type of transmission appeared not in the Renaissance, but later – about five hundred years later, in the 1950s. The variator was commercially installed on DAF cars (at that time, not only trucks, but also passenger cars were produced under this brand). Then Volvo started producing something similar, but variators have become really widespread only now.

In fact, the variator (also continuously variable transmission) is, excuse the tautology, a variation on an automatic transmission. And at first glance, the car equipped with it doesn’t betray itself in any way – there are only two pedals and a transmission mode shift lever – P, R, N, D – the same as that of a car with a conventional automatic transmission. Everything is familiar. But the variator works in a completely different way. There are no fixed first, second, tenth gears in it. Try to imagine how many stars there are in our universe or how many grains of sand there are on all the beaches of the Earth combined – the variator still has a lot more gears. And the “gear shift” is smooth and imperceptible.

That’s why there are no jerks when starting and “shifting”. And it’s not for nothing that we wrote this word in quotes: there are no shifts as such. The variator continuously and smoothly changes the gear ratio as the car accelerates or decelerates.

There are several types of variators: V-belt with adjustable pulleys, chain, toroidal… The first type is the most common. Let’s see how it works. Here is a good example: let’s take two pencils (cylinders) lying parallel at some distance from each other. We pull them together with an elastic band and start turning one of them. The second one starts turning immediately – at the same speed. But if the pencils are of different diameters, it’s quite a different story, while one of them, which is bigger, will make one turn, the second, say, – two.

The variator looks like this, but the diameter of the “pencils” is constantly changing. It has two pulleys, each of which is made in the form of a pair of cones facing each other with pointy ends. And a V-belt is clamped between the pulleys.

Now, if each of the pairs of cones can move to each other and back, we will get pulleys with a variable diameter. After all, when the cones are separated, the belt that is in contact with them with its ribs will kind of fall to the center of the pulley and run around it along a small radius. And when the cones approach – along a large radius.

It remains only to provide both pulleys with a system (as a rule, it’s hydraulics, but there may also be some other servo), which will strictly synchronously shift the halves of the first pulley and push the halves of the second. And if one pulley is on the drive shaft (which goes from the engine), and the second is on the driven shaft (which goes to the wheels), it is possible to organize a change in the gear ratio within a very wide range.

All that remains is to add a unit that is responsible for changing the output shaft’s rotational direction (for reverse gear), and this may be, say, an ordinary planetary gear. And the variator gearbox is ready.

By the way, there is an interesting question – what kind of belt is used here? Of course, an ordinary belt made of rubber and fabric, like those that rotate generators and other attachments, wouldn’t last even a thousand kilometers here. Belt in V-belt variators have a complex arrangement.

It can be a steel tape with a certain coating or a set of steel ropes (tapes) with a composite section, on which a huge number of thin transverse steel plates of trapezoidal shape, the edges of which engage the pulleys, are strung. In fact, it is in this way that it was possible to create a push belt that transmits power not only to the half of it that runs from the driven to the drive pulley, but also to the opposite one. An ordinary belt, when trying to transmit a compressing force, would simply fold up, and a ganged steel one acquires rigidity.

By the way, a wide plate steel chain can also be used as a V-belt, touching the cones with its edges. It is such a “belt” that works in the variators of Audi cars.

Interestingly, a special liquid, which changes its phase state under strong pressure arising at the point of contact with the pulley, is used to lubricate the chain. Thanks to this, the chain can transmit significant force, almost without slipping, despite a very small contact area.

The way the variator will change the gear ratio during acceleration depends on the selected control program. When accelerating on a conventional car, we drive the engine up to speed in each gear, then switch to the next gear, and so on. When a car with a variator accelerates, the motor remains at the same rpm (say, at the rpm corresponding to a maximum torque), but the gear ratio changes smoothly.

This creates a somewhat strange feeling. You press the gas pedal to the floor, the engine goes to high revs, and remains on them throughout the acceleration, howling like a vacuum cleaner. But the acceleration rate is high, and no time is spent when switching between gears.

However, in some cases, the variator is adjusted so that acceleration with it more resembles an increase in speed with a conventional gearbox, with a gradual increase in engine speed. 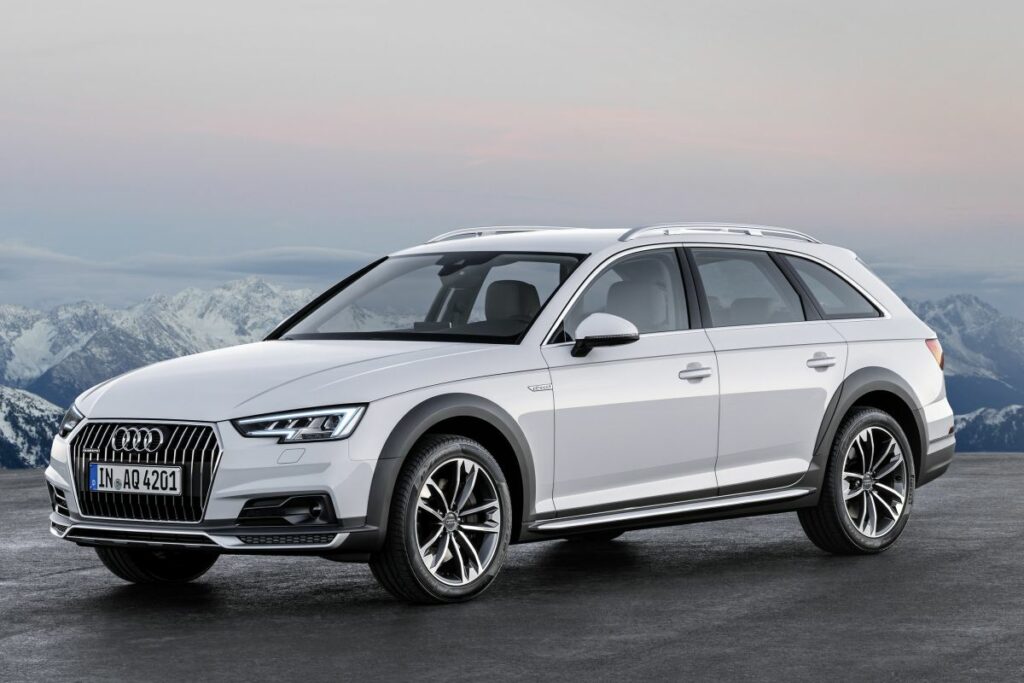 Of course, when you try to drive up a hill or slow down the car, the smart variator won’t leave the high gear on, despite the gas pedal pressing. The pulleys will quickly move back for a confident height assault – to increase the torque at the output of the gearbox.

And on some cars, you can also choose a mode with several “virtual” gears (with 6 or even 8) set by electronics. Gears, between which the variator will jump sharply, like a classic automatic transmission. In this case, you can also switch “gears” at will. As on an automatic gearbox with a manual sequential mode.

Thus, the variator has a lot of advantages. But there are also drawbacks. For example, a relatively small, by modern standards, “digested” engine power. Not for nothing such gearboxes began their march around the world on small-class cars. And even now, powerful cars are all very often equipped with either mechanical gearboxes, or classic automatic, or semi-automatic ones.

Homever, there is progress. And here, it is impossible not to remember the record holders. For example, the Multitronic V-belt variator (with a chain) on the Audi A4 2.0 TFSI copes with a flow of 200 “horses” without any problems.

One could argue that Class D is not everything. 200 hp can no longer be called such a large amount for executive and business class cars, and especially for a large SUV.  But the achievements of the most modern variators are not limited to this. So, the Nissan Murano crossover with a 3.5-liter V6 with a capacity of 234 hp is equipped with the X-Tronic V-belt variator. This is one of the largest and heaviest models equipped with a variator. And what will happen tomorrow?

The second disadvantage of variators is relatively expensive maintenance and repair, special, and therefore not cheap, transmission fluid. Belt variators can require belt replacement every 100-150 thousand kilometers. At the same time, oil costs a little more that one for an automatic transmission, but it can be replaced a little less often – approximately after 40-50 thousand kilometers for different car models.

And yet variators are becoming more and more common on cars of various classes, besides, they are usually cheaper than good automatic gearboxes of the classic type.

Since variators have an infinite number of gears, they allow the engine to operate in the most favorable modes – whether we need maximum power (at traffic lights races), or, on the contrary, smoothness and the least fuel consumption (when driving calmly). Therefore, models with variators are distinguished, other things being equal, by high efficiency combined with no less decent dynamics.

By the way, recently there has been a trend towards an increase in the number of gears in classic automatic gearboxes. In the latest models, there are already 8 gears (let’s note, on a passenger car). And this is done precisely for the combination of high dynamics and efficiency. Will we soon see automatic gearboxes with ten or even twelve gears? But variators are already there, where ordinary automatic transmissions with their switchable planetary gear sets will never come. After all, the number of gears in the variator is infinite.

Please type your email in the field below and click "Subscribe"
September 21, 2018 Features of traffic rules in Sweden 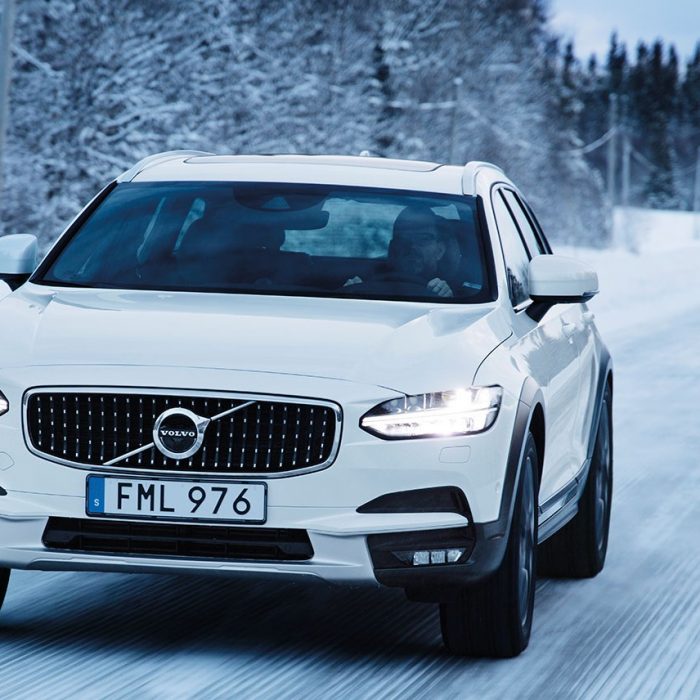