Heraldry of cars with animals on the hood

Heraldic images (emblems, coats of arms, signs) are inherent not only to representatives of noble families, businesses, sports teams and organizations. Such symbols also accompany car production, starting from the first years of the automobile industry. Each model had a bright brand emblem (logo), thanks to which it was possible to determine the name of the maker. At first it was their own names, and then silhouettes of animals appeared. In this article, we will understand why they, and not plants, began to embody particular car brands, which representatives of the fauna are identified with car models, and how big this whole auto-zoo is.

Historically, the first automobile emblems were somehow supposed to reflect the speed and power of a vehicle. The power of the car’s engine is still expressed in horsepower, so it is not surprising that the most common logos are those with artiodactyls. Many automobile concerns wanted to emphasize the strength and speed of produced cars.

Sometimes the animal logo appeared on the company’s logo long before it started producing cars. This is what happened to the Peugeot carmaker. Back in 1850, the image of a lion appeared, which was placed on the saws and pepper mills produced by the Peugeot family company. But then the owners of Peugeot switched from kitchen utensils to the production of bicycles, later switched to motorcycles, and only then began to produce cars. The logo changed in detail, but the lion remained the emblem. Today it has become three-dimensional, but tongueless, although the aggressive pose of the beast on its hind legs has been preserved. The Citroen automobile company started producing cars in 1919, and 13 years later it placed a swan on the emblem. It decorated the company’s logo for only four years (until 1936, when the next rebranding took place), but left its mark on the history of automotive heraldry.

There have been many such cases, as with Peugeot and Citroen, in the history of car production. Today, the auto-zoo has grown so much that almost fifty automakers and car manufacturing companies have images of animals on their emblems. As is customary in zoology, they can be combined and classified, which we will do below.

The outstanding strength, power and speed of the animal, which was tamed by man in ancient times and passed with him the crucible of civilization, led to the fact that today the horse adorns car emblems of more than a dozen brands. The most famous are Ferrari and Porsche. The place for the production of Porsche was chosen on the territory of a horse factory, and the famous horse on the logo of this German automobile brand didn’t appear immediately. Nevertheless, the image of the artiodactyl is emblazoned in the very center of the Porsche logo, reflecting the essence of this car brand.

People appreciate the beauty, grace, power and speed of horses, and even the power of a car engine is measured in horsepower. “The Prancing Horse” adorns fast-moving Ferraris. The symbol was given to Enzo Ferrari “for luck” by the parents of the famous pilot, World War I hero, Francesco Baracca. According to legend, the fuselage of his plane had a coat of arms with a black horse on hind legs. The design of the coat of arms was slightly improved, and later it acquired the usual modern look. 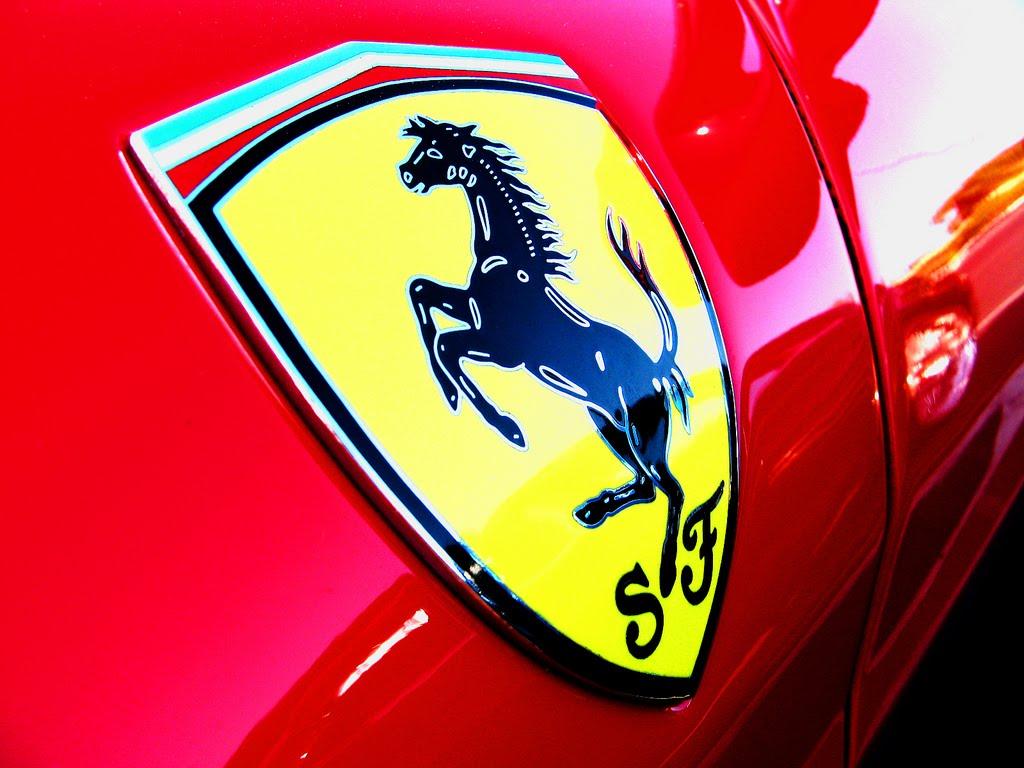 A wild domestic horse, a mustang, is depicted on the logo of a similar car brand of the American automaker Ford Motor Company. Legendary Mustangs have a logo where the horse, contrary to heraldic traditions, runs not in that direction, where they usually run on the racetrack, and embodies freedom and independence.

The emblem of Russian KAMAZ shows a steppe horse, skittish and unruly. This is not just a horse, but a steppe argamak. This breed stands out for its endurance, intelligence and speed. Horses adorn the logos of car brands such as Carlsson, Iveco, Pegaso, Corre La Licorne, and horse heads can be seen on the logos of Baojun and Eicher, as well as Iran Khodro.

The family of big cats symbolizes grace, speed, refinement, rage and sportiness. It’s not surprising that several car manufacturers preferred to focus on the image of such predators when choosing a logo. After all, a cheetah is the fastest animal on the planet, and a lion is the king in the world of animals, that is, the embodiment of dominance, luxury, belonging to a high class.

The logos of the Indian manufacturer Jaguar, German 9ff, Australian Holden Special Vehicles (HSV), Italian Cizeta, Korean Spirra depict jaguars and leopards, and the emblems of French Peugeot, American Holden, Scottish Argyll, British Bean, Chinese Proton, Roewe are decorated with lions or lion heads. And you can see two lions at once on the emblem of the premium car Roewe, because this is a luxury car, and lions symbolize dignity, calmness, respectability. The image of a lion demonstrates the representative class, exclusivity of the car brand. 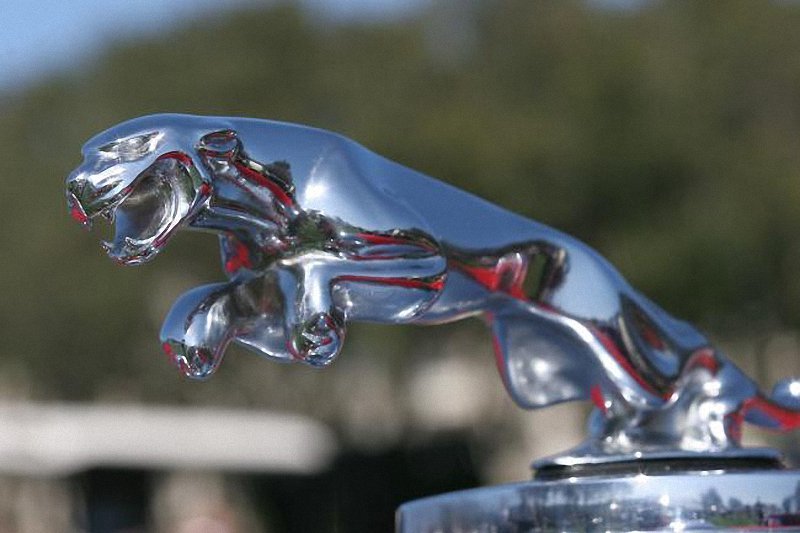 Birds and griffins on car logos

Birds on cars’ coats of arms became popular almost immediately after the appearance of automobile production. Ducks flew like a wedge on Cadillac. Hispano-Suiza decorated the hoods of their cars with a figure of a flying stork (the emblem of the squadron of the outstanding French pilot Georges Guynemer). The French who produced Bignan also depicted a flying stork. A bird with raised wings decorated the Voisine emblem – it became known as “la cocotte”, which means “chicken” or “woman of easy virtue”. An eagle feeds eaglets on the Packard logo. Rossion, Arash, Simca, Bizzarrini have swallows, sparrows, swans and other birds on their logos.

An eagle, which is very common on car emblems, is a symbol of strength, confidence and power. Many peoples of the world associate the eagle with the sun. This is a solar sign associated with beauty and greatness. Therefore, this bird is found on the logos of such car brands as Eagle, Ford Performance Vehicles (FPV), Isdera, Russo-Balt. The eagle means power, domination, supremacy and foresight in heraldry. Its image is regarded as a symbol of strength and greatness. Studebacker had a hawk on the logo.

Griffins are mythological winged creatures with the body of a lion and the head of an eagle. They have sharp claws and snow-white wings. Logos with griffins are especially common in Europe, since it was in the mythology of European peoples that this creature assumed its rather interesting and important role. The car emblems of Vauxhall, Saab, Scania, Gumpert and Iso Rivolta depict griffins representing respectable strength, power and confidence.

A bright lizard was revered by Native Americans as a symbol of fertility, and, among the Egyptians, it was a symbol of wisdom and good luck. Lizards, turtles, and scorpions adorn the emblems of the Italian automobile company Abarth (scorpion), the German luxury car company Wiesmann (gecko or iguana), and British Gordon-Keeble (turtle). The latter animal symbolizes stability and reliability.

A snake is not such a frequent guest on car emblems, but it is also common. This image is especially popular in the United States, but is used even in exotic countries such as the United Arab Emirates. Snakes can be seen on the logos of the Italian premium car manufacturer Alfa Romeo, American Dodge Viper, Shelby, Zarooq Motors (UAE). A snake is a symbol of wisdom, that is, a combination of prudence and experience, which is extremely relevant to the owner of a car with such an image. Interestingly, Alfa Romeo has a green (grass) biscione snake on the logo, that consumes a man (a man-eating snake). The symbolism of the logo is a combination of power and greatness, instilling fear in enemies and a harbinger of a quick victory over them. Heraldically, the Alfa Romeo logo is flawless. 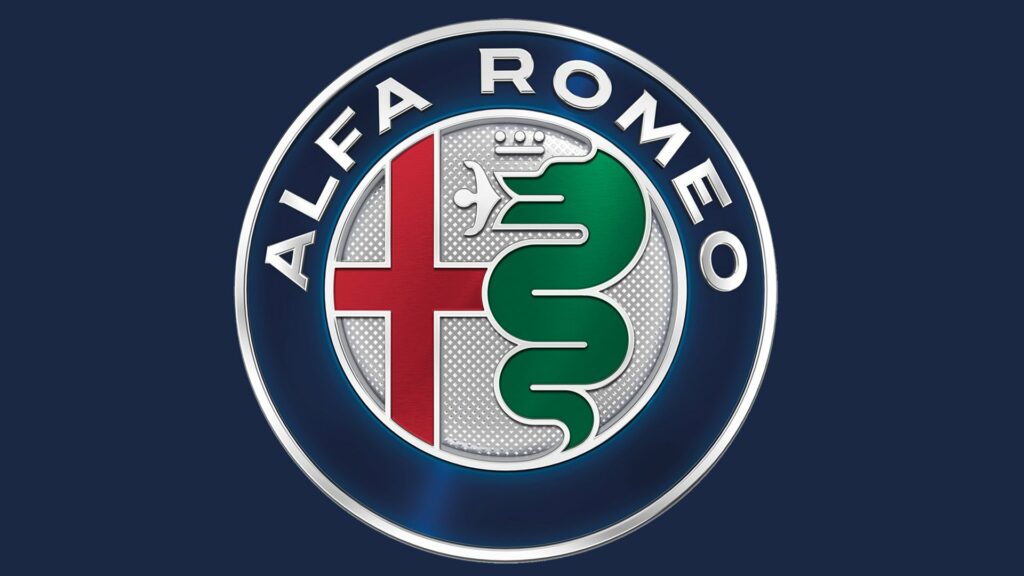 The emblem of the British carmaker Morris depicts a bull, the same animal was preferred by the designers of the Italian automaker Lamborghini, the Spanish car company of premium sports cars Tauro Sport.  Italian car manufacturers Intermeccanica and Cisitalia have rampant bulls on their logos – a cross between the aggressive Lamborghini bull and the prancing Ferrari stallion. A bull is infinite power, strength, and indomitability. Therefore, the image is popular among companies engaged in the production of sports cars of incredible power. Also, a bull is considered a symbol of hard work, perseverance, persistence and patience.

American Kaiser chose to place a bison on the logo, MAZ from Belarus placed a similar animal, but this time a Belarusian bison.

The Dodge brand’s symbol is a sheep’s head, and it can also be found on the RAM logo. In Eastern mythology, a sheep is a symbol of fire and sun, representing strength, courage, vital energy and fiery passion.

GAZ prefers a figure of a red deer, which is also depicted on the coat of arms of Nizhny Novgorod. 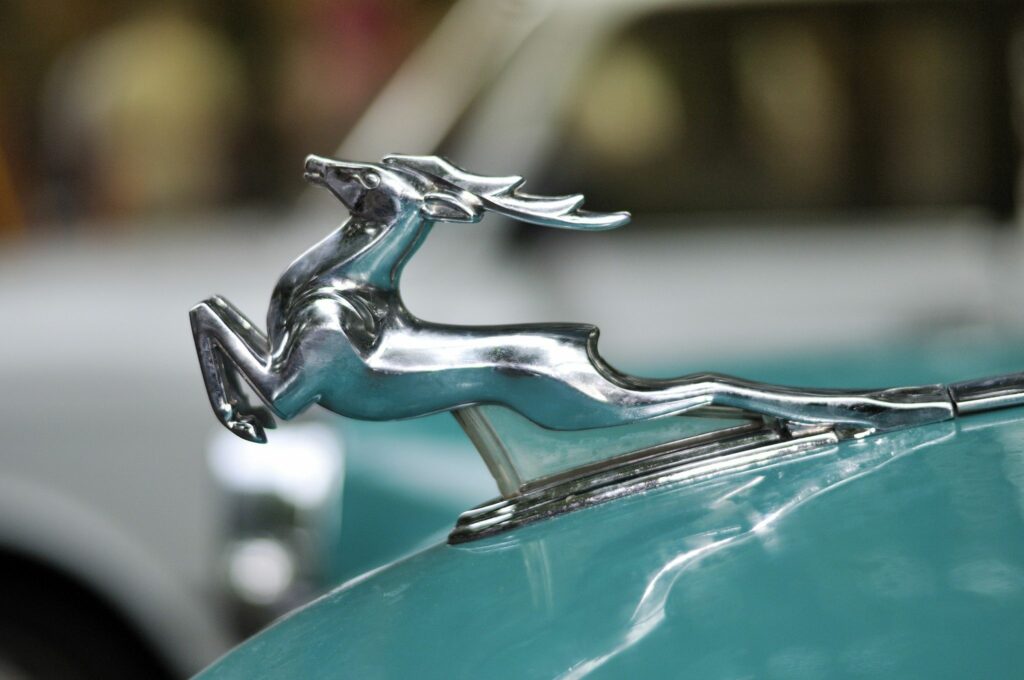 Wolves, dogs and bear on a car logo

A wolf became a logo of the Brazilian automobile concern Lobini. The company became famous by introducing the H1 sports car to the world. A wolf also decorates the GTA Motor logo.

Mack, Lincoln and Artega decided to choose a dog for the logos. This is a man’s friend that embodies loyalty and devotion. But Mack designers preferred to depict a bulldog on the car’s logo, and Lincoln ones – a hound. The bronze figure covered with silver faithfully served as an emblem of the famous Lincoln concern for 14 years. 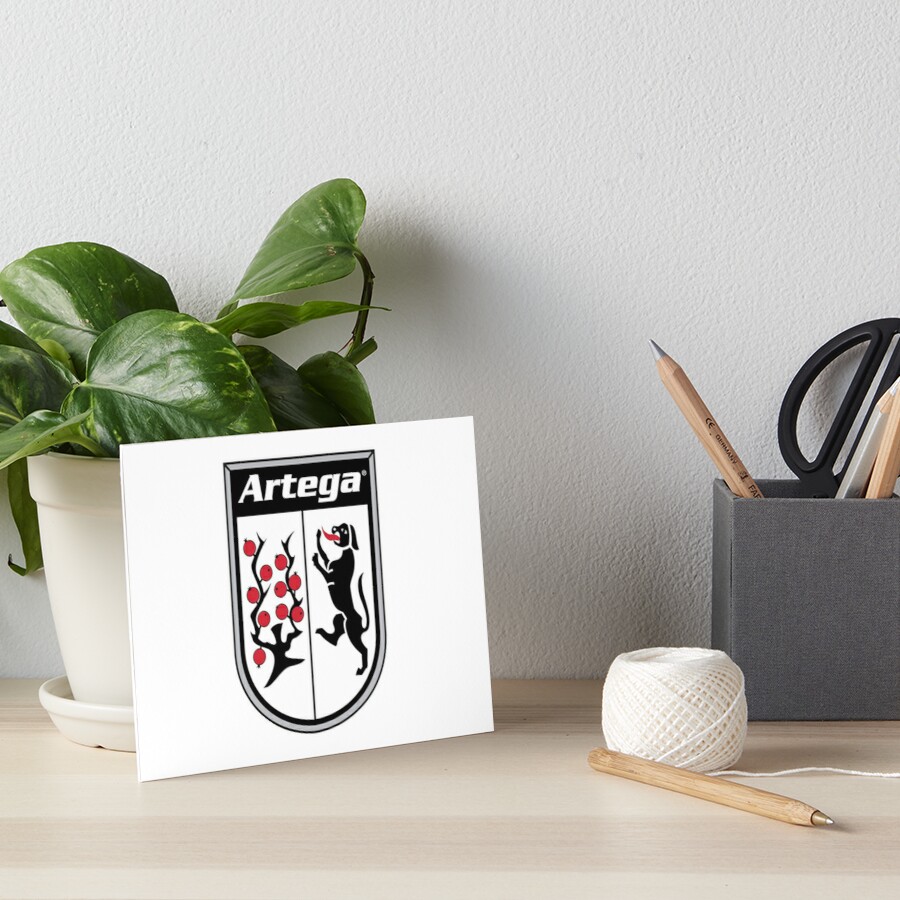 The automaker YaAZ decided that a bear would become the animal on the logo.

Many animals have become not only symbols of beautiful passenger cars and powerful trucks, but also gave them their names. When driving a car with an animal on the logo, you also need to have a driver’s license. If you haven’t obtained it yet, we invite you to quickly and easily process an international driver’s license on our website. 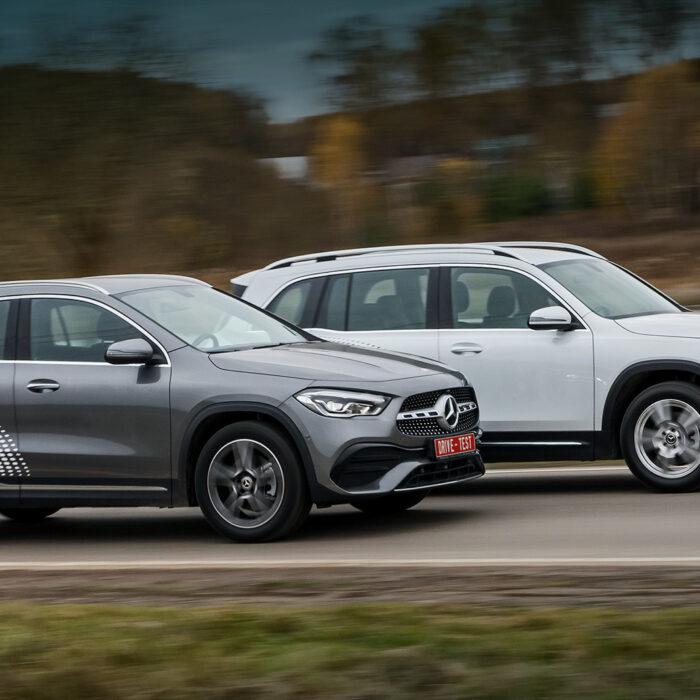 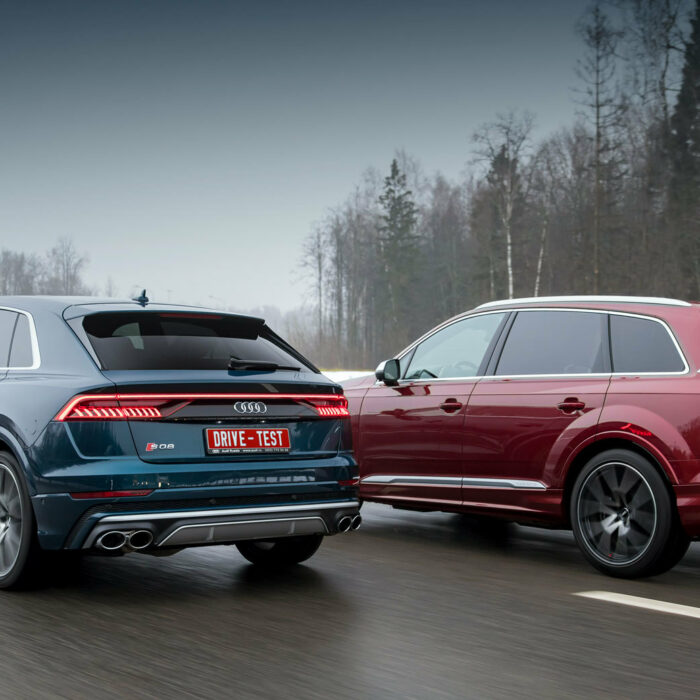