Driving mistakes and how to eliminate them

Safe driving is extremely crucial when you’re behind the wheel, regardless of your driving experience (what is the driving record). That means anyone with a driver’s license should not only remember the traffic rules and obey them, but also know exactly what kind of behaviour leads to fatal errors. Let’s try to figure out what these mistakes are, and why you need to be not simply attentive while driving, but as focused as possible on what’s going on the road.

Smartphone a big draw, or gadget that kills

All sorts of messengers and social media that have invaded our daily lives are extremely attractive. Constant communication on social media turns into obsession and makes you addicted (social media addiction) just like computer gameaholics. The desire to constantly browse through the news feed or check the new messages has become a regular part of our life. But you can’t drive a car and get distracted by social media all the time. Many people wonder why they can’t post a comment while being stuck in a traffic jam or while standing on a red traffic light when everyone around is still standing too. However, in most countries of the world driving without a hands free device is forbidden, and the fines for such violations may reach several hundreds of Euro! There should not be any foreign object in your hands while driving. However, according to the traffic police, the use of the phone while driving is among the most common violations after speed limit violations. Some answer the phone promptly and try to end the conversation immediately, others manage to text back at high speed and participate actively in communication on social media, and there are even those who broadcast live event online, not realizing that sooner or later it will be impossible to distribute attention both to the traffic situation and the phone. It only takes a second for a driver to be distracted by another call or comment, and the consequences will be terrific. Therefore, if you want to use a smartphone, ask yourself — what is more important? A wish to communicate here and now or security aspects? It seems that the answer is clear for a responsible one. 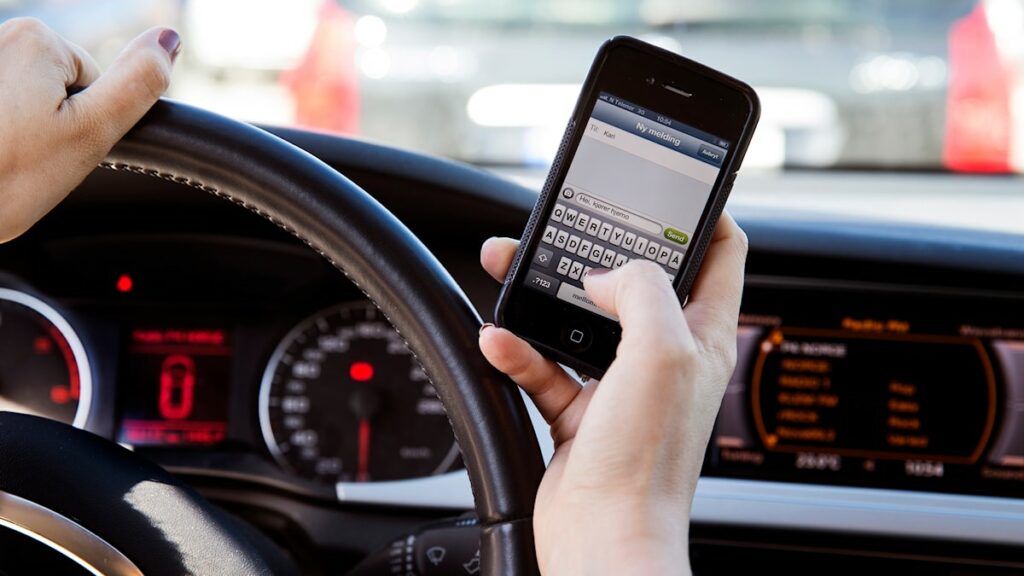 The give way rules

The traffic movement starts and ends not on the basic lanes. Drivers integrate into the main traffic stream from adjacent exits, and they can reach the acceleration lane when they are allowed to change lanes by those who follow the main lanes of the highway. Preventing other road users from changing lanes is considered not just “bad manners” of driving, but an actual violation of traffic rules. According to the rules, when you are in the acceleration lane,”priority to the right” principle applies. Therefore, it is not the good will of a driver who is on the main lane of the motorway, but his direct duty to give way. You should not interfere with the lane change by flashing your lights at people leaving the adjacent road exit. The lane change for them is not a whim, they can’t act differently since those in the acceleration lane are full participants of the traffic. Mutual respect for each other is driving etiquette on the road. Violation of the latter leads to road conflicts and emergency situations.

Road marking is good, however, only to a certain degree

Dashed road markings provoke drivers to overtake the vehicle ahead. However, you can’t always rely on markings if the terrain is hilly and the highway is winding, with many turns and pedestrian crosswalks. It often happens that the marking allows you to overtake, however right behind it there is a traffic enforcement camera. The result is predictable — you will lose your privilege to drive for overtaking in a prohibited place or will have to pay a heavy fine. You are not allowed to overtake in following cases:

— one hundred meters before the railway crossing;

Therefore, the driver may only act taking into account all the factors that determine the road situation, analyzing the terrain, weather, turns, the nature of markings, the presence of pedestrian crossings and other circumstances. When overtaking a vehicle ahead, it is important to rely on the combination of these factors, and not just on the road markings that serve to convey certain information to road users.

Cornering: how to avoid skidding

Only a racing driver is able not to miss a curve at full speed and he doesn’t feel sorry for the car since speed is “all that he needs”. If you are a regular driver, taking such a risk is not only irrational but also unacceptable. To make any turn behind the wheel, you should take proper actions, namely reduce the speed before the turn; accelerate after passing the top of the turn. This ensures maximum stability of the car. Moreover, many drivers use incorrect braking when turning. First, they enter the turn at full speed (more precisely, “fly in”). As soon as they reach a steep point (the top of the bend), they brake, passing the turn as slowly as possible. As a result, it affects the suspension, ball bearings become unstable, and the risk of skidding increases. Therefore, take into account the aforementioned when cornering.

“Keep the distance” — the golden rule of the driver

Even a seasoned driver happens to forget about the elementary safe driving requirement namely, keeping the distance to the vehicle ahead.

Many drivers deliberately violate the safe distance. Some do not want other cars to be “buckled in” in front of them, others find it easier to overtake from a small distance, and others believe that they will always have the time to stop. As a result, almost a fifth of road accidents such as collisions, obstacle and standing vehicle encounters occur due to non-compliance with the safe distance. One out of every nine drivers has been injured. Therefore, if you keep sufficient distance, it helps avoid major road accidents, and even saves lives. 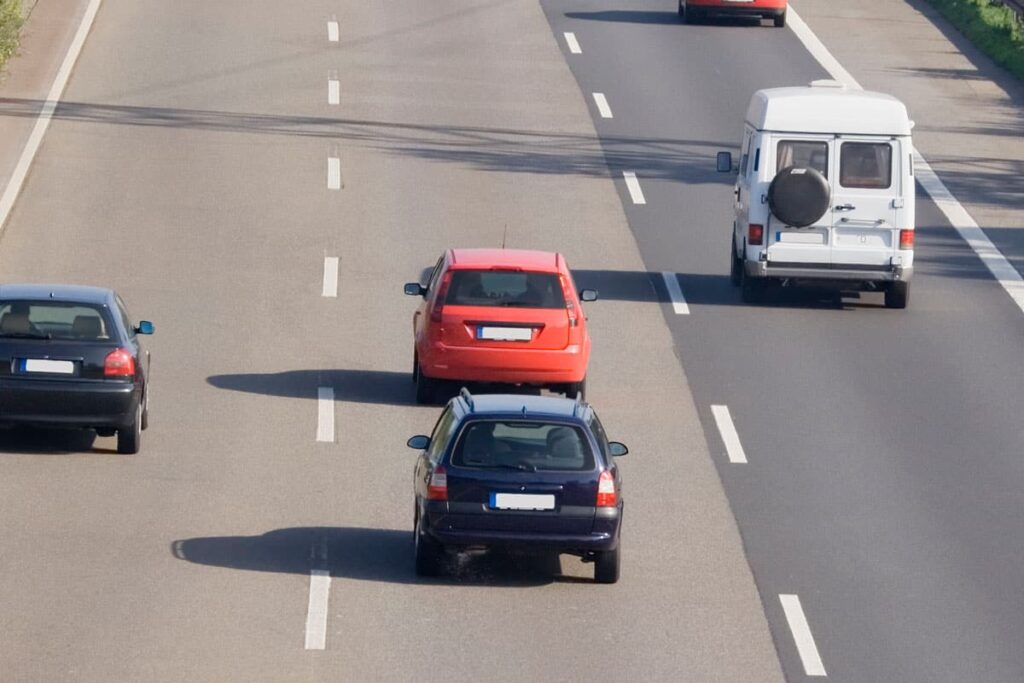 It happens that there are no oncoming cars on the horizon, and the driver decides to overtake the vehicle ahead. And the driver of the second car does not have time to react to the pothole or a cat that popped out suddenly. In these situations, it is distancing that helps. Distance is the amount of space between vehicles following each other, and it should be the greater, the higher the speed.

Traffic regulations do not regulate a specific distance. As indicated, the correct distance is the distance that will allow the motorist to prevent a road accident. The driver himself decides what distance will be appropriate in this or that specific road circumstances, and he must drive carefully. A distance of three meters is a minimum (under perfect conditions), and it is better to follow the “three-second rule”. In winter, as well as adverse weather conditions, the distance is increased by two to three times. The simplest rule that can be used to determine the safe distance between cars in the city is as follows: the safe distance in meters is equal to half the speed in kilometers. For example, at a speed of 60 km/h, the distance between the vehicle and the vehicle ahead should be 30 meters. With these calculations, even if the car brakes abruptly, you will always have time to slow down in time and avoid a runover. 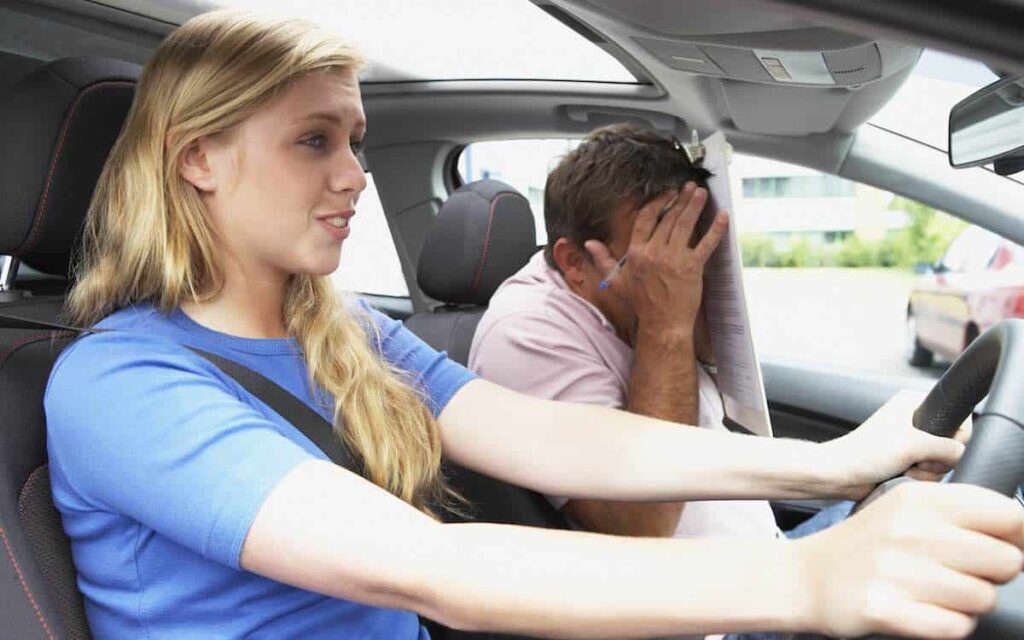 Have a safe trip! Do not forget about the documents that give you the right to drive a car, preferably an international one. We invite you to quickly and easily apply for an international driver’s license on our website. It won’t take you much time and effort.

Please type your email in the field below and click "Subscribe"
May 06, 2021 Diesel or petrol: what to choose?